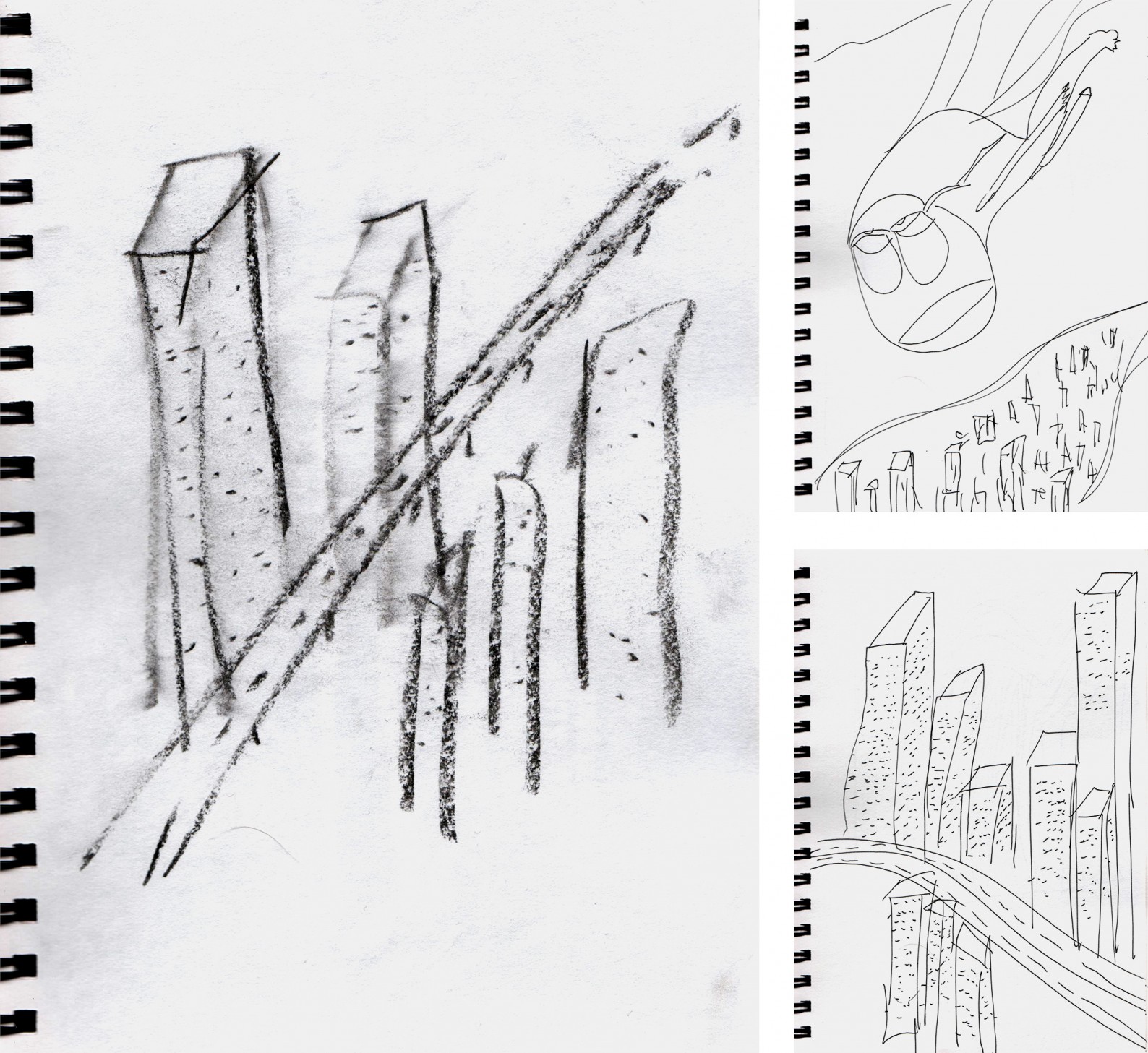 Neon Opera – Night of the Neon Lovers is an ‘explicit acoustic-visual mosaic montage’ that consists of the following elements and themes:

1. A fictional story of the separate journey of two people towards a common destination. A woman living in Helsinki, Finland, misses her lover, who is in New York. They decide to meet half-way – in Tokyo.

The following, simultaneously occurring events will presented in intercuts.

The moment she leaves on the journey the woman dies in a car crash. When she wakes up, she shoots down an eagle and has its wings sewn on her back. She continues her journey towards Northernmost point of Finland, Utsjoki, where she sees from above the following: an early spring landscape with its nature and forests relics of ancient Finnish neon signs, etc. as well as 13 Finnish gas stations (see point 2).

The man drives from New York to Las Vegas, and from the ground level he sees the following: views of an American desert, roadside architecture, endless rows of neon signs, etc. as well as 13 American gas stations (see point 3).

Upon arriving in Utsjoki and Las Vegas both surprisingly find themselves in Tokyo, where they meet between neon signs, fly over the skyscrapers, and make intense love under water.

There are no actual events in the story, the focus is on movement in the air and on ground, arrival and love-making at the destination.

2. A conceptual documentation of 13 gas stations between Helsinki and Utsjoki at night.

Finland stretches 1,160 km from the southernmost tip of Hanko Peninsula to Utsjoki in the north. When this figure is divided by thirteen, the average distance between gas stations to be documented is 89 km. The stations that are closest to these interval points will be photographed. A similar journey was made and photographed on 17 September 1984, and the very same stations will be photographed for Neon Opera precisely thirteen years later. The stills from 1984 will be used in parallel and juxtaposition with the new photos.

3. Visual material from the journey from New York to Las Vegas. The images will include the changes of landscape from day to night, the desert blooming up into a sea of neon lights, iconic neon signs associated with Americana and American roadside architecture, etc. as well as 13 gas stations selected using the same kind of mathematical formula as above.

4. A documentary sequence of the production of neon signs: design, bending, blowing, installing. Some of the footage will be shot for the film, some will consist of archive footage from different archival sources.

5. Old ‘visual poems’ by Finnish 1920s modernists from the Aitta magazine. These will provide both visual and audio material to lend Neon Opera a nostalgic ‘faith in a bright future of mobility and progress’.

The poems will be scanned into a Mac computer and animated with software to create independent visual narratives. This will be done by taking the cue from the magazine’s graphic design to create a piece composed of pictures, words, text and individual letters, which will then be transferred back onto film. A typewriter will also be used to type the poems directly onto film to be printed optically over the computer animation.

The above fragmentary elements will be joined together by the use of an powerful, coherent visual idiom based on scratching and painting film stock manually. The frame will also be occasionally divided into an eight-square grid.

In some sequences, patterns of abstract, psychedelic colors will be printed over the image. Because of the printing method, the colors will be visible only in places where the frame is otherwise black, at other times they can also appear in the frame alone, without any overprinting.

In some sections, the frame will be divided into eight squares in a checkerboard pattern, of which only 4–6 squares will be visible at any one time. The ‘main event’ will be shown in 1–2 squares, the rest of the squares will feature an ‘auxiliary event’, such as scratched film or some other fantastical element.

In such sequences the eye will be drawn to the images by the sound.

The key features of Neon Opera – Night of the Neon Lovers will be holistic visuality and the simultaneous and overlapping use of footage.

The visual elements will be joined so as to merge the documentary and fictitious sequences into a single evocative collage whose meaning will remain for the viewer to decide.

The footage/content of the film will function in three ways, thereby reflecting multimedial thinking:

2. Allusions: story (symbolic meaning in the depiction of interpersonal relations) & content (associative dimension of neon signs, e.g. simultaneous references to jazz nostalgia and futuristic visions in old sci-fi movies), meaning as fact & status within the story (comments on the context of each sequence);

In terms of style, the film will combine the photographic and editing techniques of street photography and experimental film with the tradition of narrative filmmaking. Long tracking shots and slow cross-fades will alternate with fast collage sequences.

Fictional sequences will be in motion throughout: camera tracking, characters moving, characters/objects moving in relation to each other. Camera, object, action – everything moves!

The fictional sequences will be shot almost totally without dialogue, using only gestures, expressions, sound effects, and music.

Neon Opera – Night of the Neon Lovers will have an intense sound world that joins human voices, poems, sound effects and music into an immersive soundscape, atmosphere – into power.

A key component of the film will be its original, minimalist score consisting of a basic beat made with a computer, strings and wordless singing.

The ‘lyrics’ in the original score will consist of audio clips from authentic interviews and archive sounds. Music and interviews are normally taped separately and then mixed together. The approach in Neon Opera is just the opposite: the documentary footage will be manipulated so as to make it a perfect fit to the original score, like an instrument. – The point: authentic speech as a rhythmic instrument in contemporary music.

The same will apply to the poems used in the film. They will be read as a duet and with an echo effect to give them a smooth round sound. – The text ceases to be just a poem that is read out aloud, it becomes a musical sound, part of the acoustic mass of the work.

The sounds used in the film will also include: chemical definitions of neon and other noble gases, place names, kilometer figures, lists of source material, mathematical equations used to select the gas stations, etc.

The film will also employ old archival tapes to lend authenticity to the soundscape, as well as sounds from the radio, television, public announcements, from fanatic nationalist and religious meetings, etc.

A narrator’s voice will also be scripted for the film. The voice will make the events and the characters’ emotions in the film tangible. The narration will be recorded in part through a bullhorn, in part with a throat mike.

Neon Opera – Night of the Neon Lovers will use neon lights as a powerful visual element. The film will explore neon lights as a tool for art, technology and commerce, a tool in which craftsmanship, technical expertise and the aesthetic sense all come together.

On the surface, the film will be depicting the differences and similarities between the two main characters, using neon lights as a broader social and political symbol. – Deep down, the film is a love story. 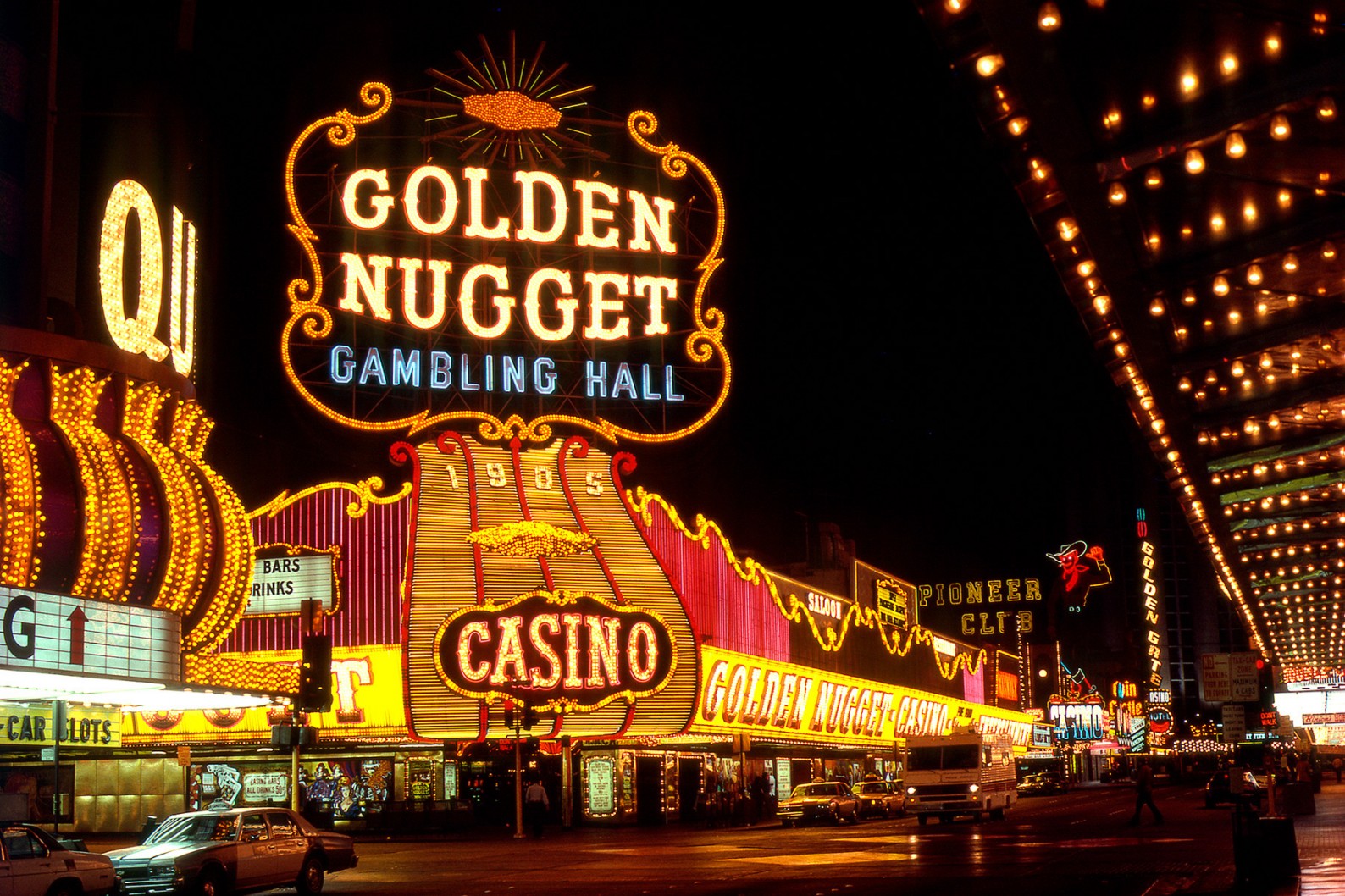