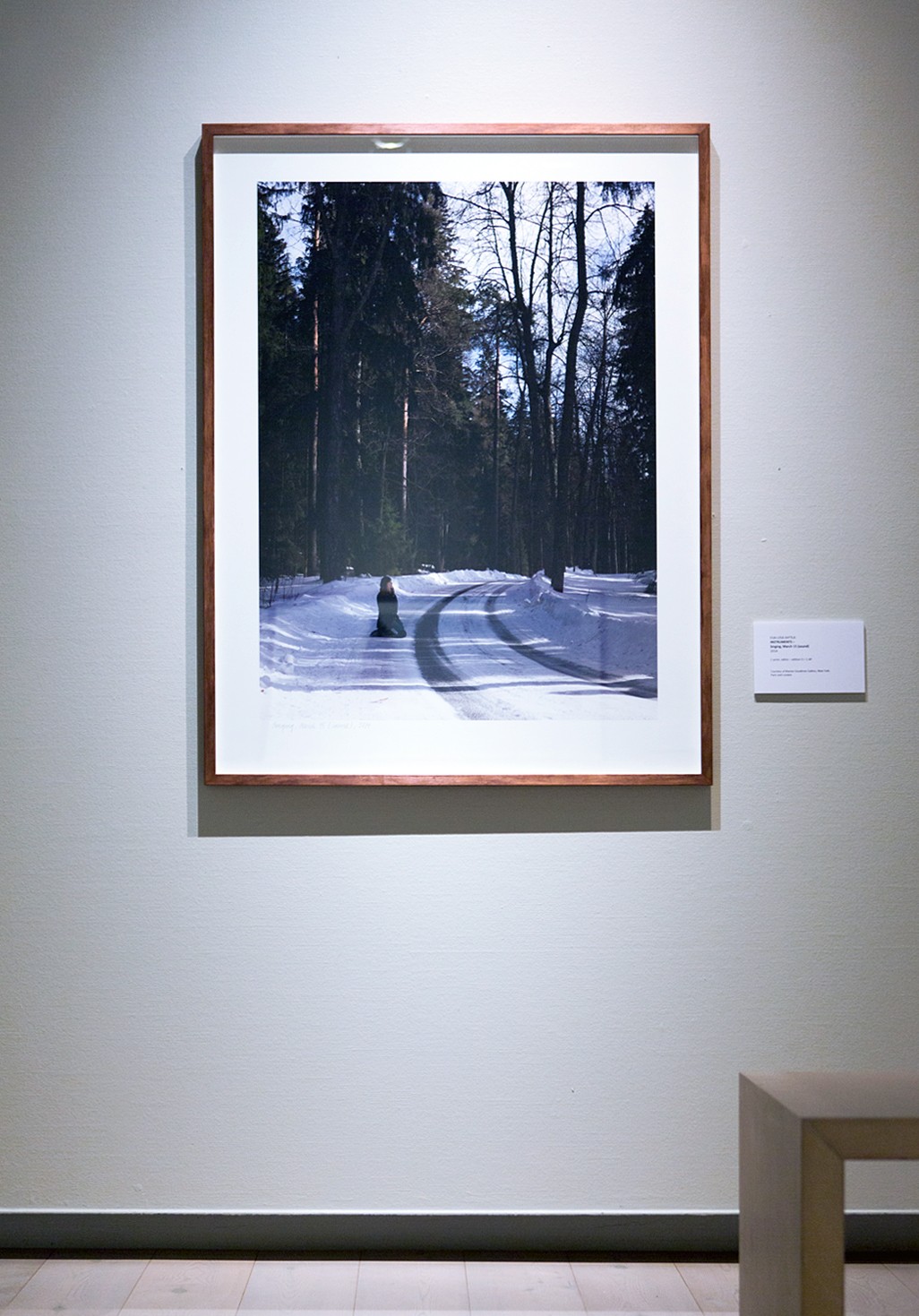 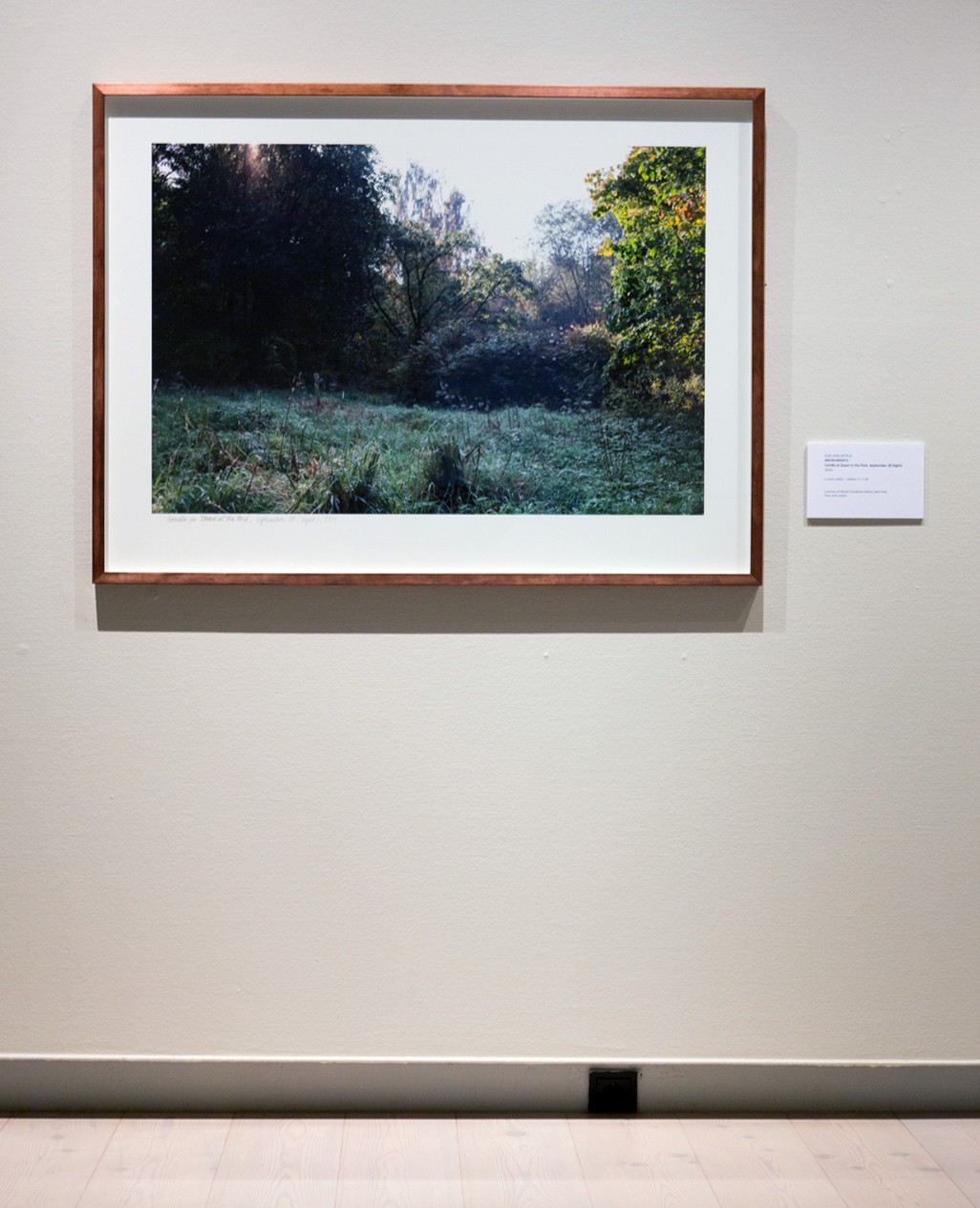 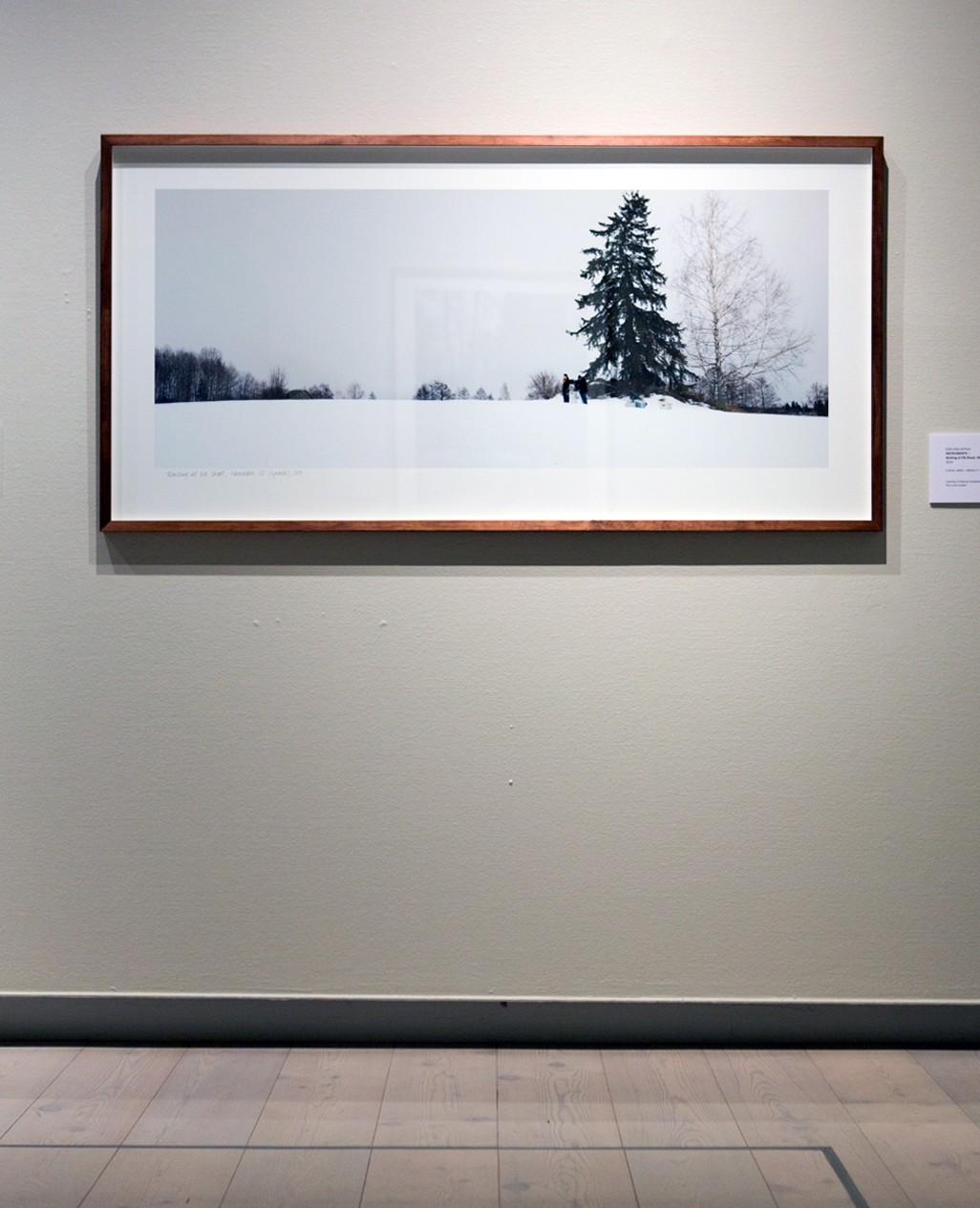 With this series of photographs taken in 2014, I wanted to find a way to give a visual form to a dialogue between the human and other kinds of living. My aim with the photographs is to touch that which is marked invisible or secondary, and to locate it within the human presence.

The pictures propose questions about presenting and the event of perception – for instance, how a landscape can open up to show within itself attributes of other living beings. I approach these themes with the help of the instruments of moving image such as sound, space, light and vision.

Singing, March 15 (sound). In the photograph we see a young woman sitting in a forest road, looking up towards trees growing in front of her. The title refers to a sound that cannot be seen, but which one can assume to comprise the core of the depicted event. In March, after the winter, a migratory bird has returned to its nesting grounds and marks the spot by singing – and thereby transforming its character. The viewer may try to find the bird or ask a question: “Who/what is singing?” The question opens a path into other possible contents of the landscape.

Candle at Dawn in the Park, September 20 (light) is a photograph of an early morning in an arboretum. The sun has risen and its bright light billows from behind trees and bushes down to the park. A white candle is burning in front of the bushes on the green. It is so small that, without a closer look, it is likely to remain unnoticed. Compared to the rising sun, its luminosity is quite modest. Yet if one notices it, it is difficult to ignore. Lit by a human, the candle sets two different sources of light into a dialogue and opens up questions regarding the scale and proportions of the perceivable world.

Waiting at Elk Shoot, November 12 (space). On the right-hand side of the photograph are two trees and in front of them stand two persons. A camera is set on a tripod between them. The eyes of the people and the lens of the camera are directed towards a sweeping snow-covered field on the left where nothing is in sight. Two thirds of the picture is filled with the white-grey empty space of dusk in November. This space is an image of waiting for another living being, of that which is not yet there and would with its presence be able to name the space.