– shut the door please!
– it is shut.
– where’s the draft coming from, then?
– your imagination.

THE WIND is a story of a woman who cannot shout. Instead she bites her hands to the bones. From the open window a violent wind enters and together they start to work on things. The woman disarranges everything in her room, giving a new purpose and order to things, until she controls every detail in her empire of the reason.

The story is based on interviews with a woman who suffered from depression and occasional psychotic periods. The work depicts the gradual outbreak of the psychosis and a change in communication with the outside world. The inner logic is concretisized in the detailed rearrangement of the living spaces.

The work is presented with three simultaneous projections. The material is divided in three parts and the story edited to unfold on three screens. The mental breakdown is emphasized by showing simultaneous but different views of the apartment space. The narrative time is disrupted by repetition and the use of deliberate de-synchronization of the events. The structure and form aim to create a multiple screen dramaturgy which reflects the process taking place in the character’s mind. 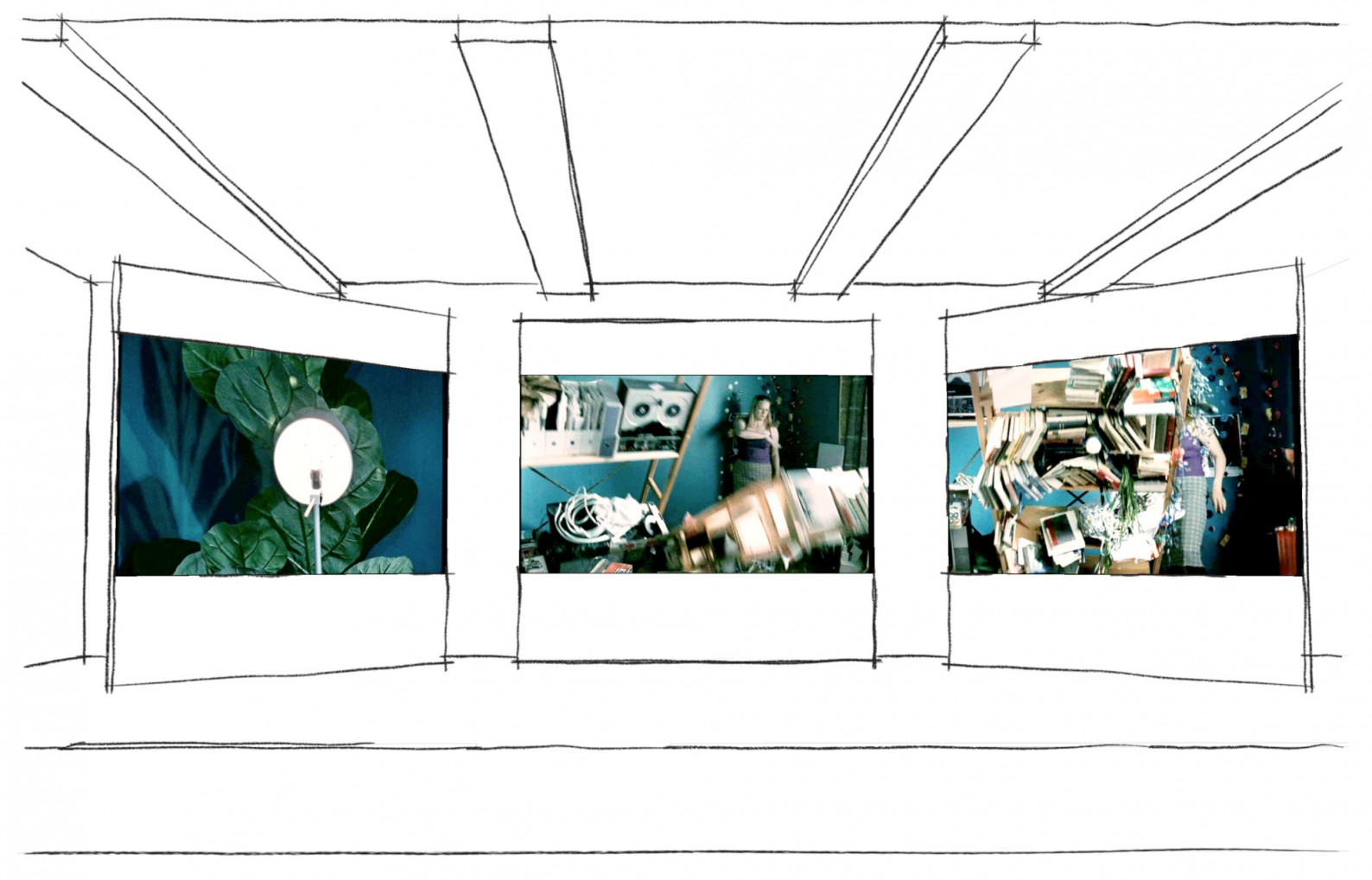