One summer night, the grandfather dies in an accident. The event is seen from the viewpoint of each of the three different characters. The episodes are connected thematically, via the dialogue, the actors and the visual and aural elements used. Together, these three parts form the story of the family’s members at different periods.

1.
The first episode deals with a young girl’s relationship to her father. The girl is throwing a ball in the yard, the father is crying violently in the bedroom. Everything is seen from the girl’s viewpoint. The girl’s voice as narrator talks about the father, the grandfather, and their relationship. The use of sound gives the work rhythm and carries it forwards.

2.
The main character in the second part is an elderly woman. The episode takes place in her apartment in the early hours of the morning. The emphasis of the narration is on sounds. The woman expresses her thoughts on the surrounding society. The sounds evoke her world, and introduce a temporal dimension.

3.
In the third part a man conducts a dialogue with the camera. In this he relives his relationships with his father and his daughter. He sees himself both as a child and as a parent. The text is structured like a poem or song: with short, descriptive sentences and chorus-like repetitions.

In the film version the three episodes are shown in chronological succession. In the installation version the three parts are repeated on three screens forming three sides of a rectangle. The three episodes run consecutively going from one screen to the next. The positions of the different family members and their situation in the story, along with the repetition of various elements, disrupts the time of the narrative and the chronology of the events. TODAY explores narrative structures and the construction of time in a story, along with the formation of an idea of self and seeing yourself in the gestures of other family members. 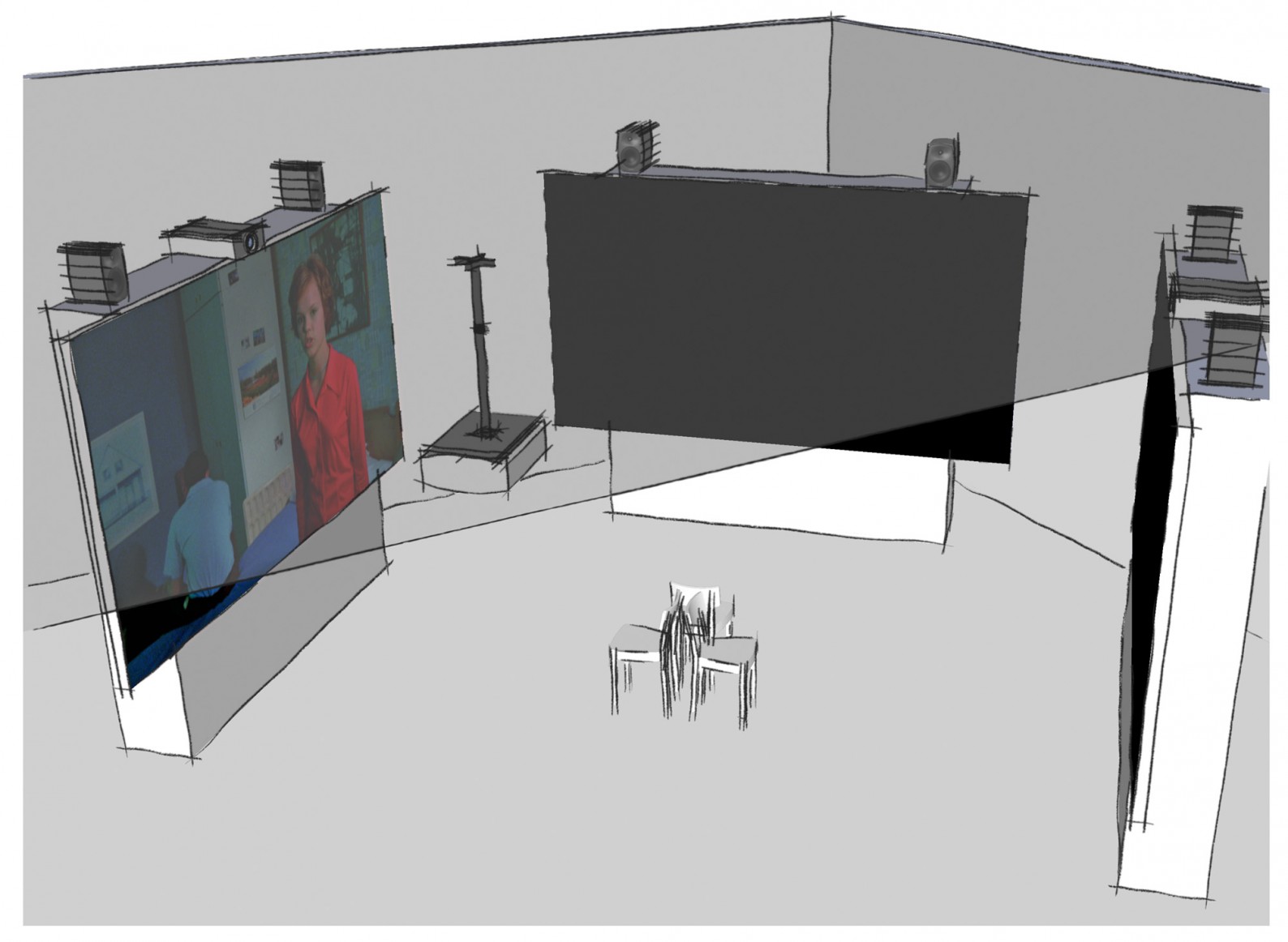