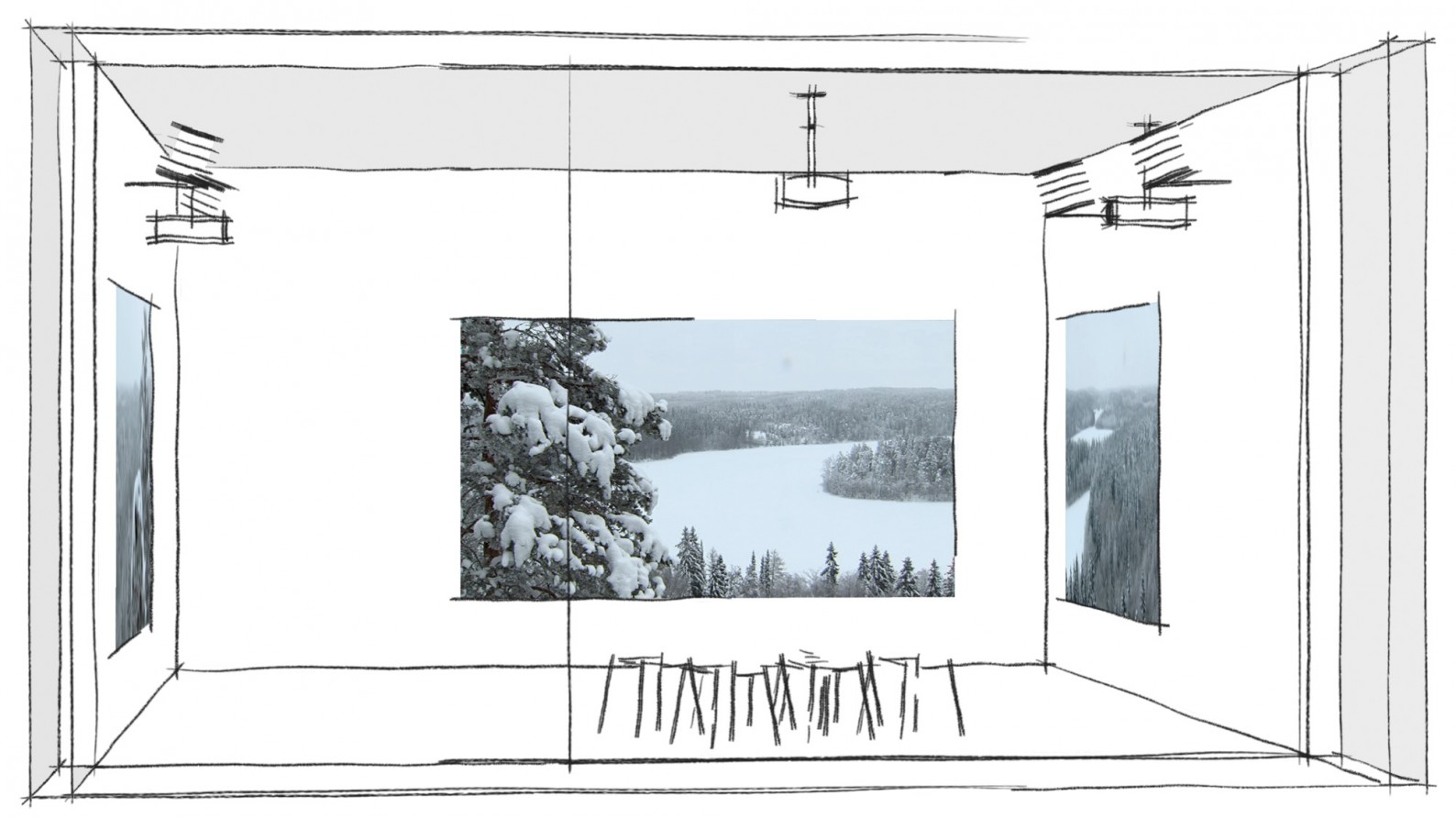 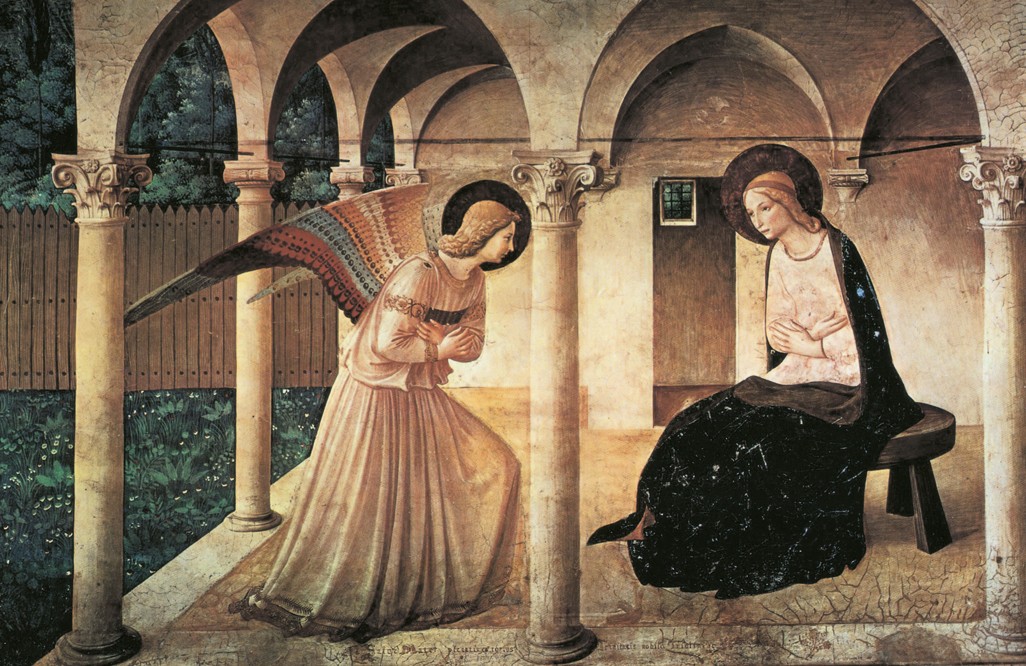 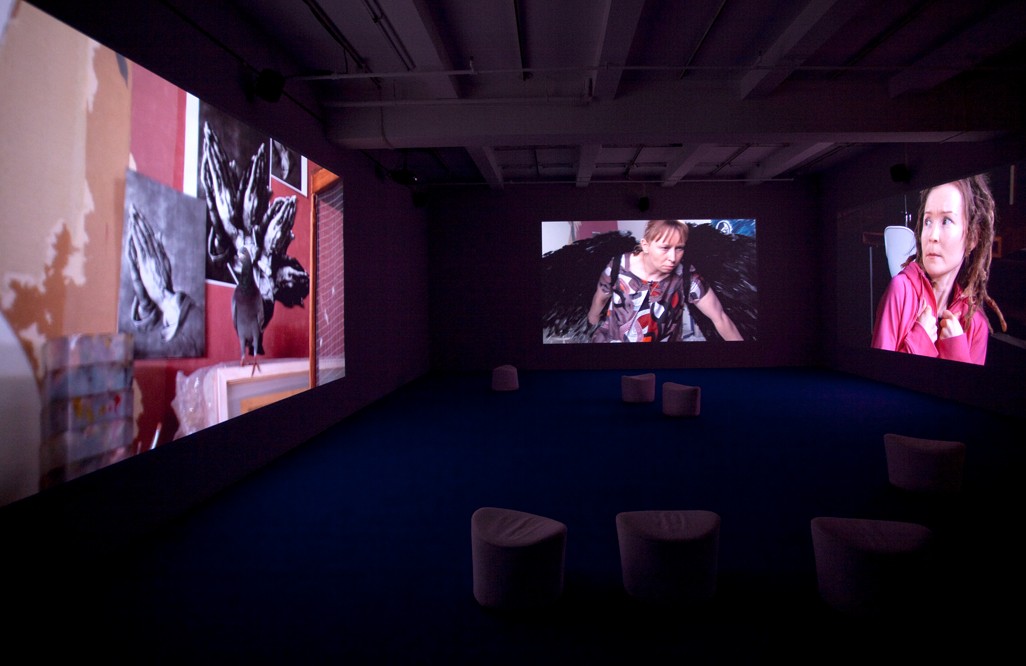 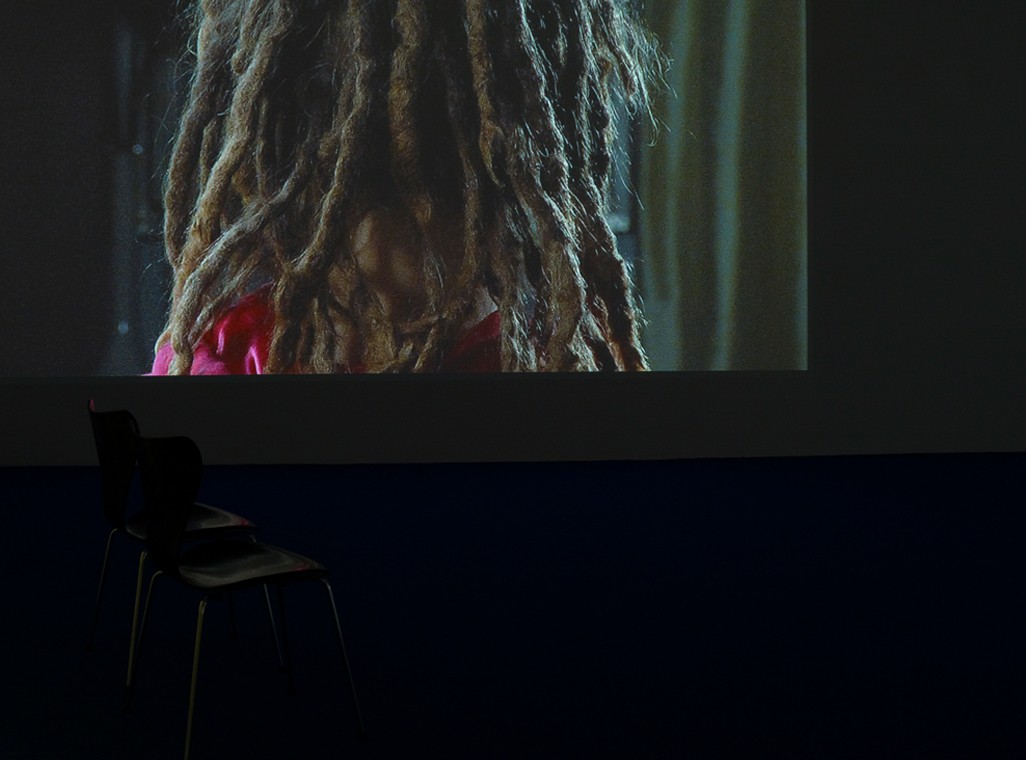 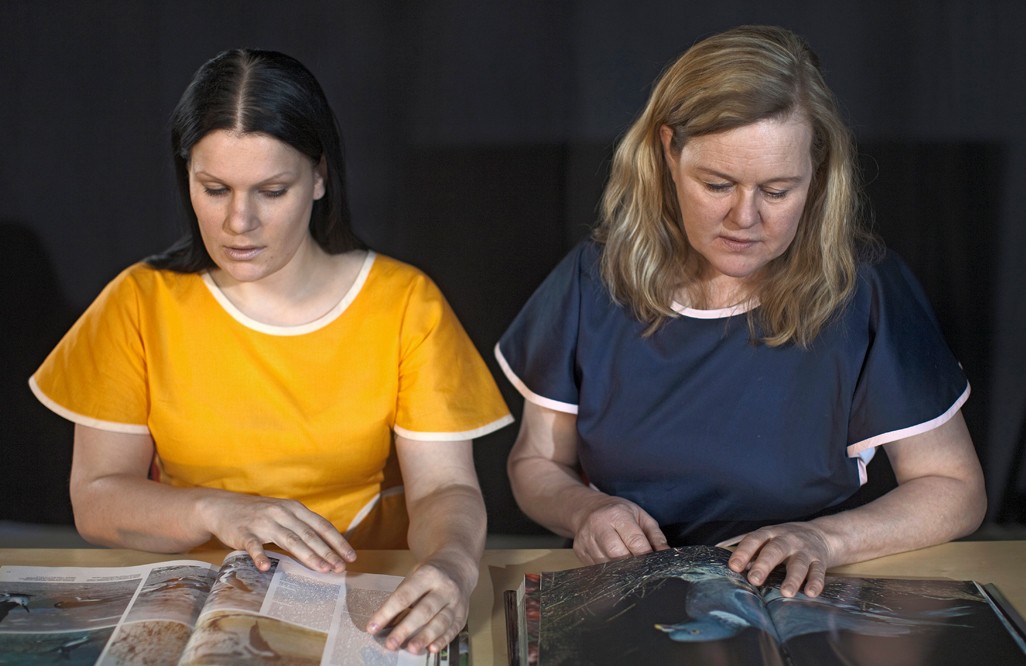 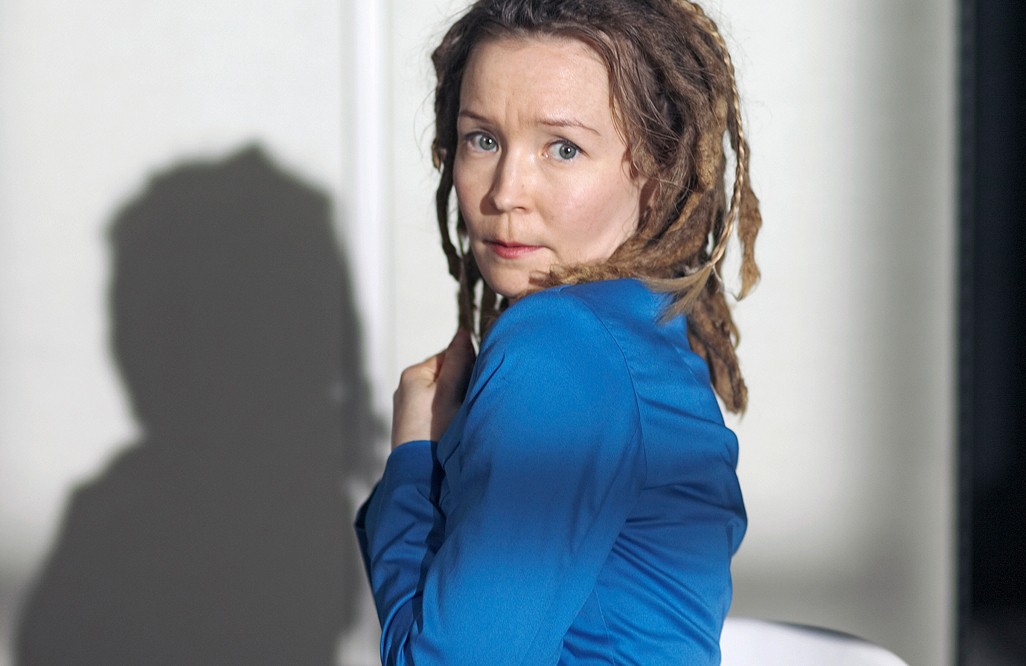 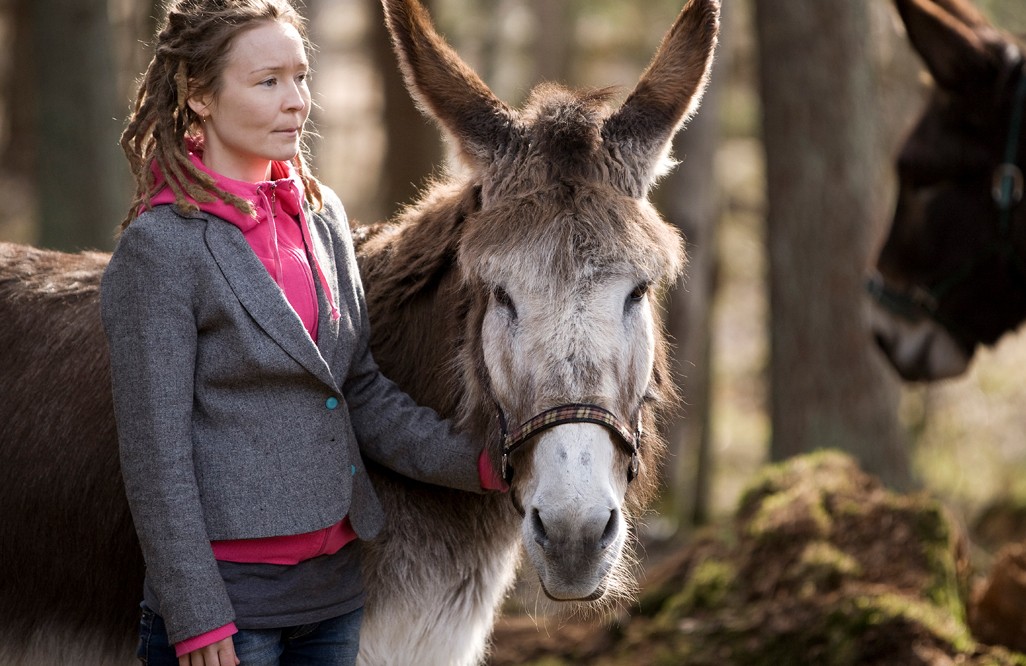 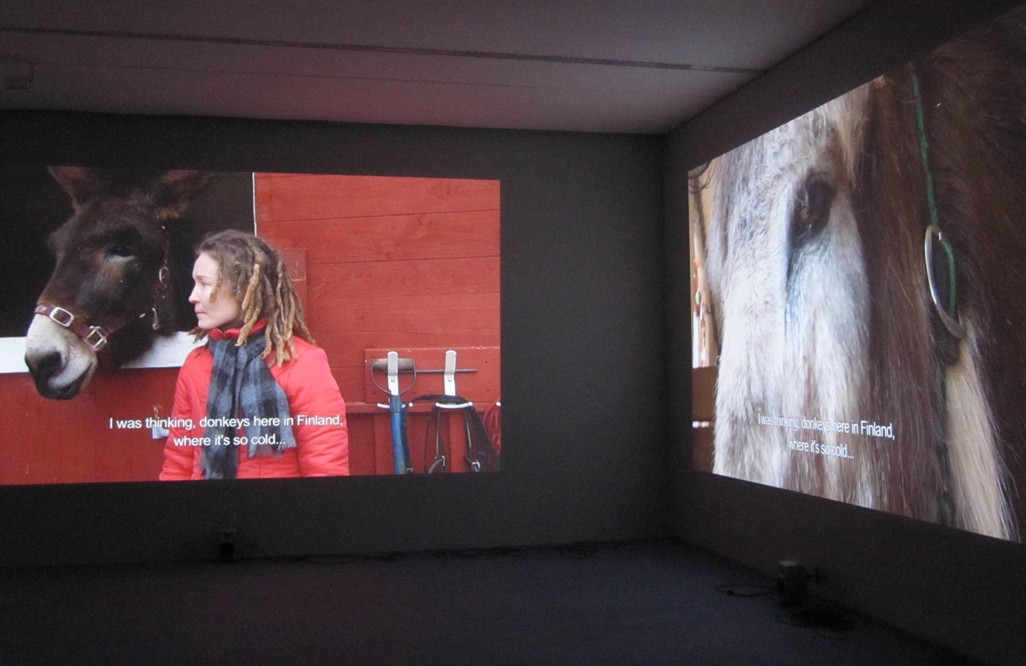 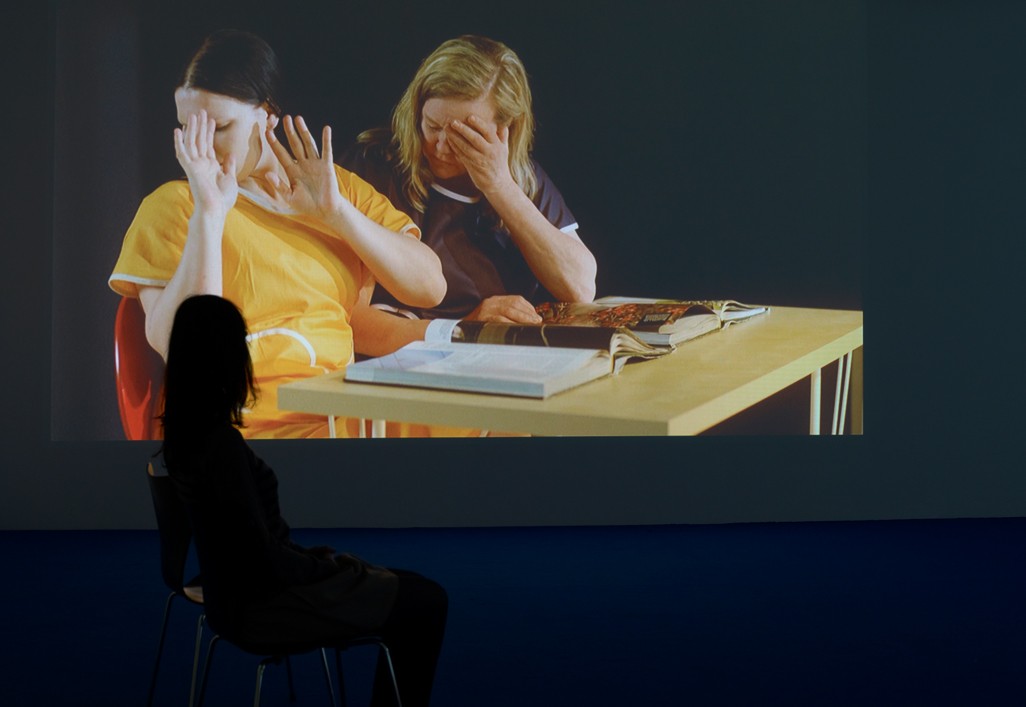 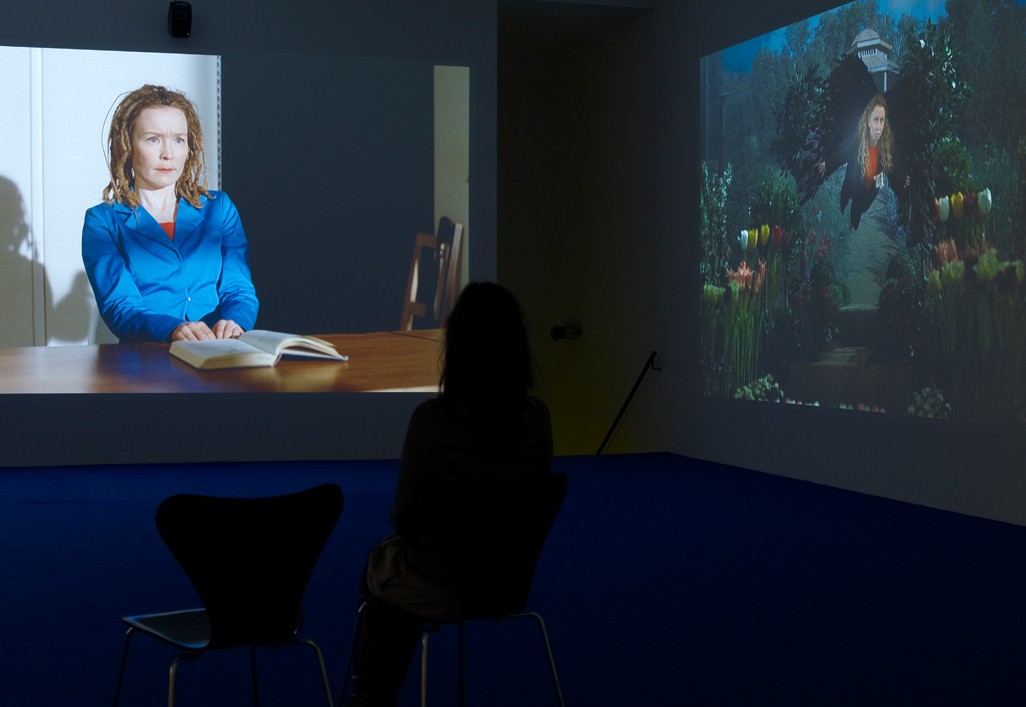 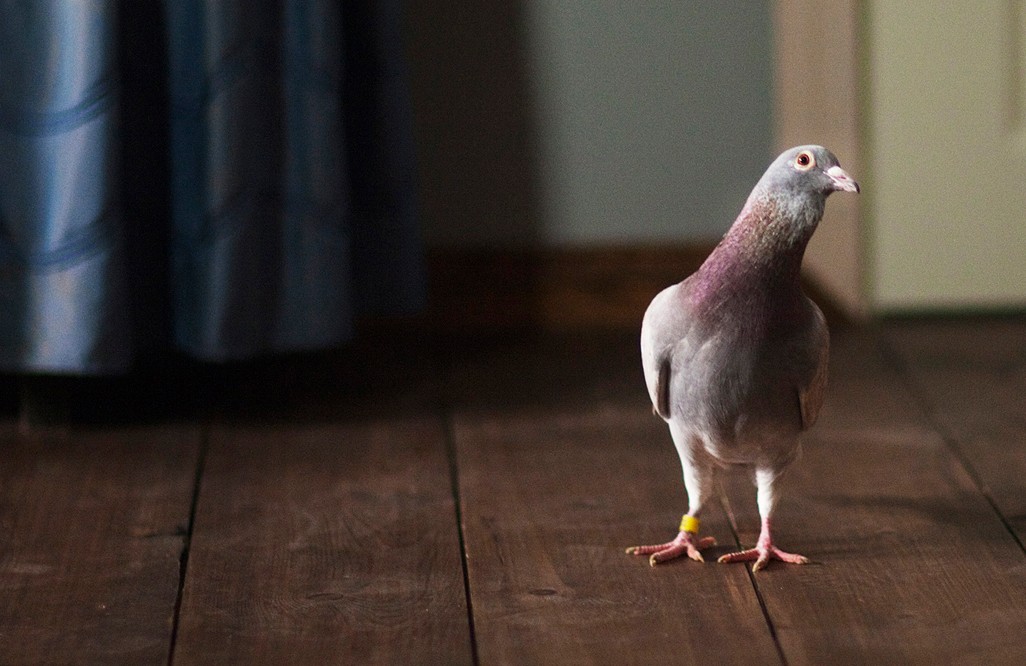 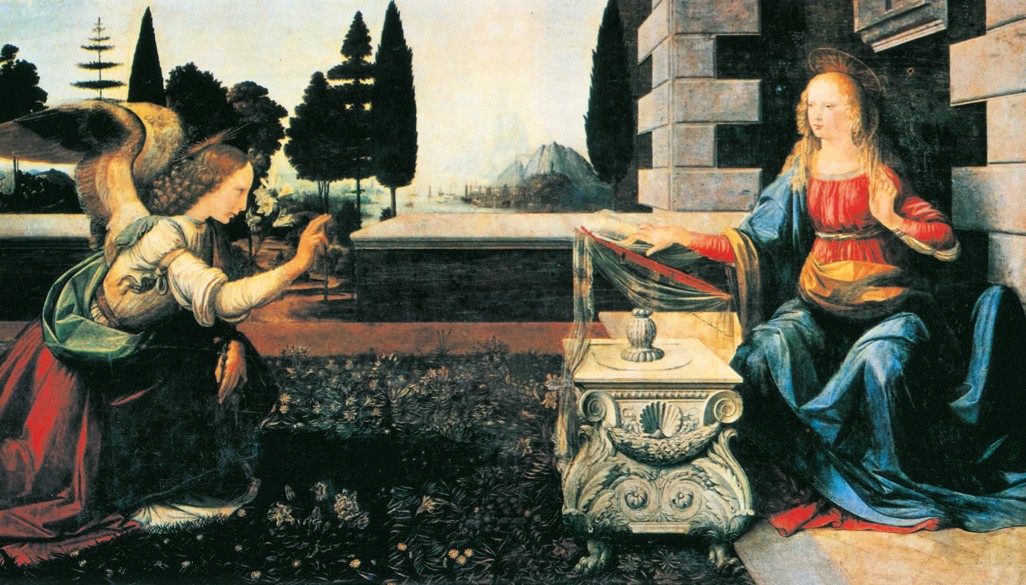 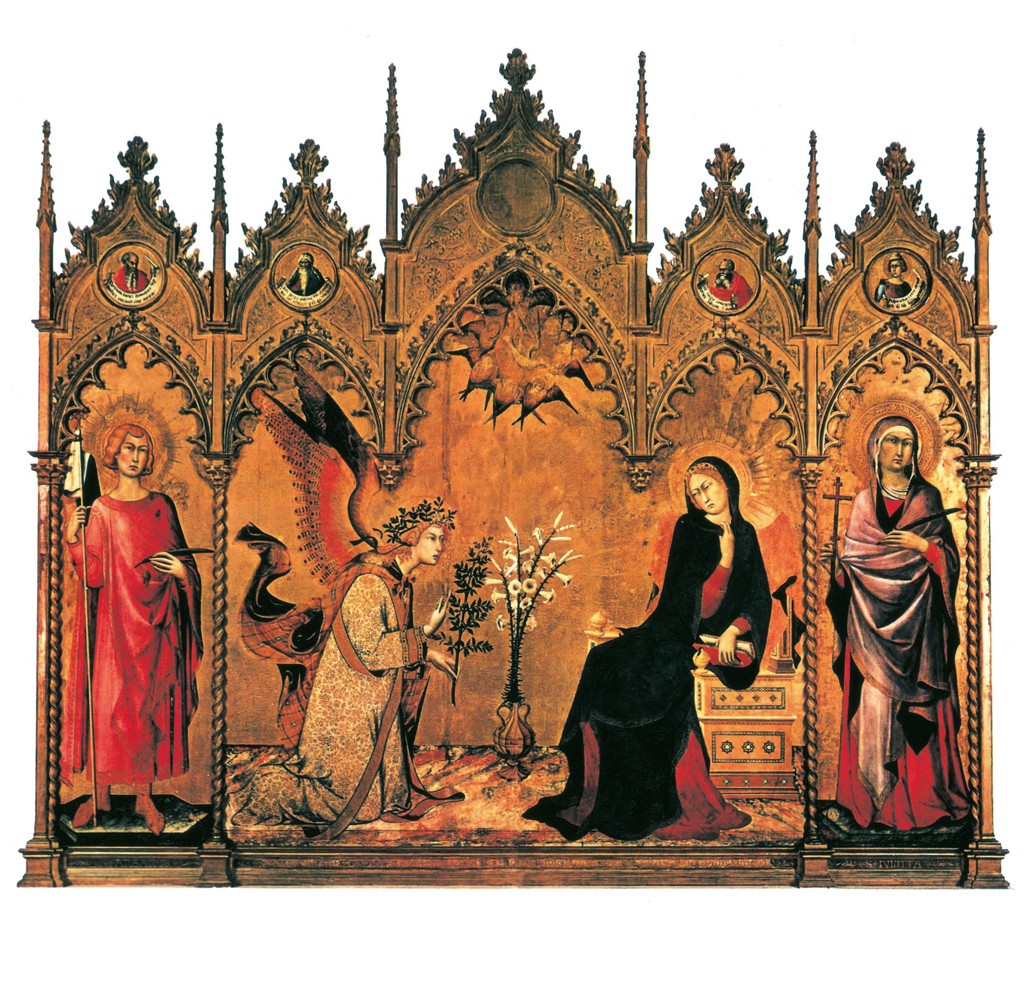 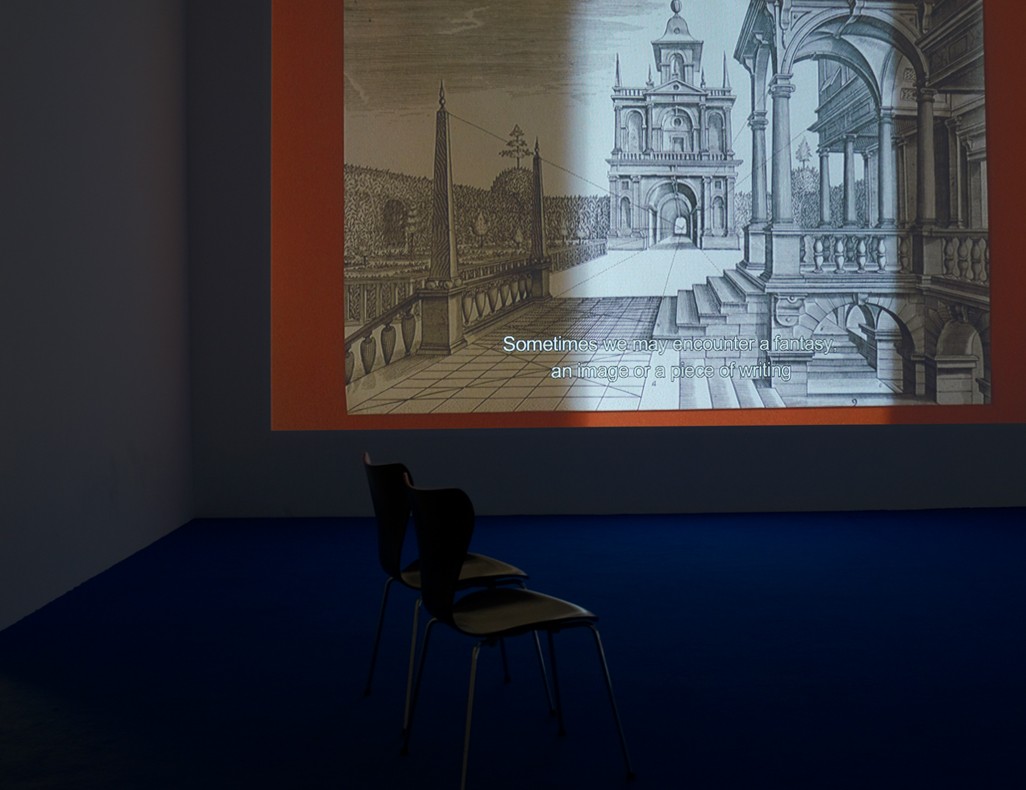 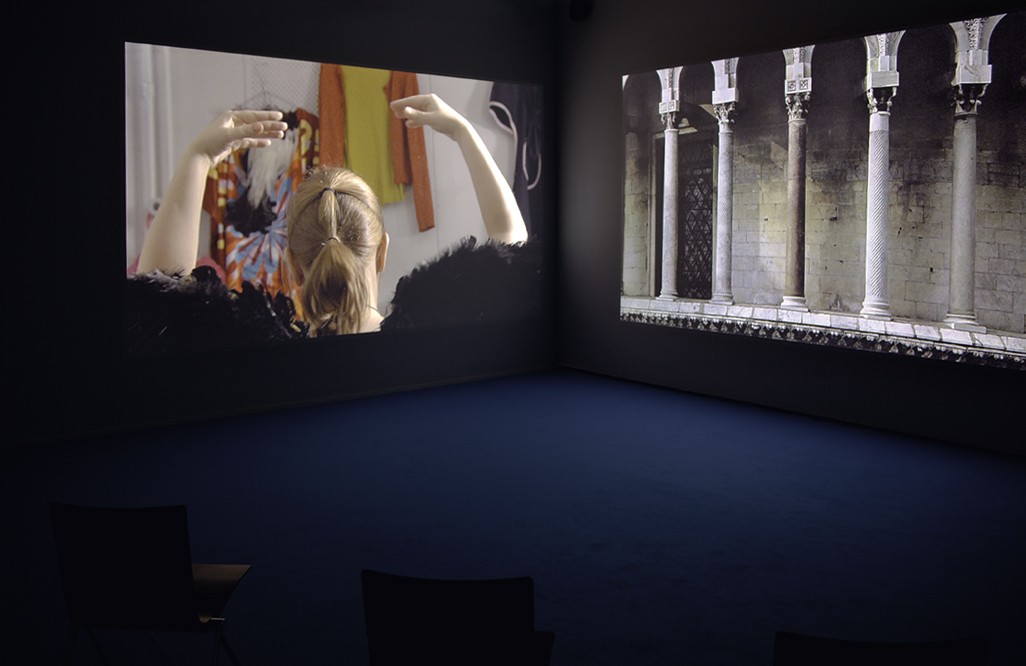 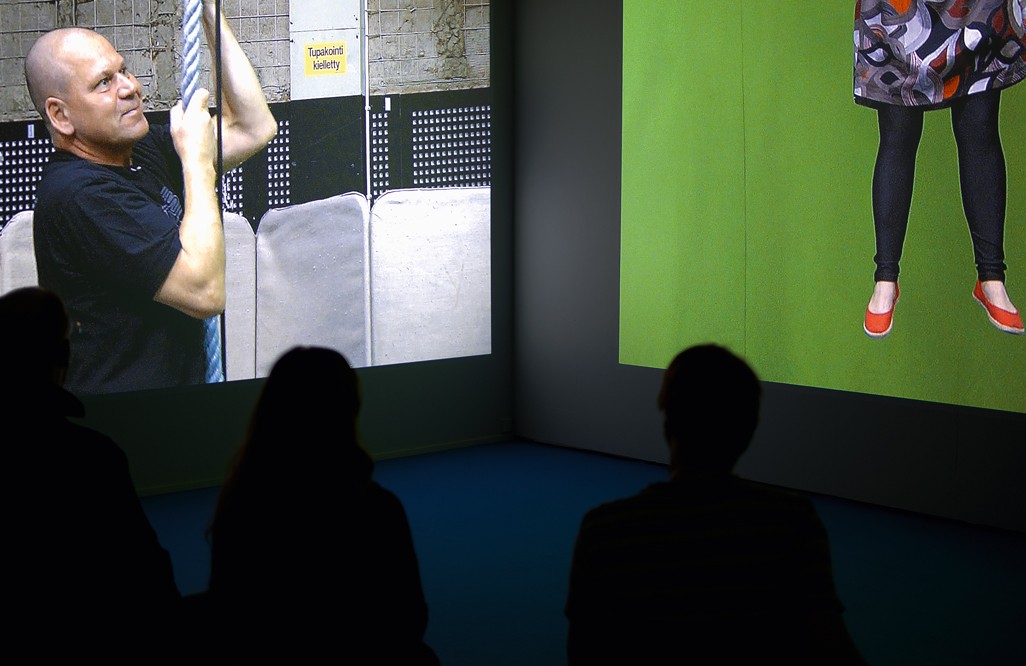 THE ANNUNCIATION is an installation of three projected images in which one of the central motifs of Christian iconography is constructed and re-enacted through the moving image. It is based on the narrative in the Gospel of Luke (1:26-38) and on paintings of the Annunciation in which artists have, in various periods, depicted their visions of the gospel’s events.

In this Annunciation the events are set in the present. The work consists of material produced during the preparations for shooting and an actual reconstruction of the event of the Annunciation. The footage was shot mainly during the frosty winter season of 2010 in the snowy Aulanko nature reserve in southern Finland and on a set depicting an artist’s studio and the scene of the Annunciation. All human actors except for two are non-professionals. Most of them are clients of the Helsinki Deaconess Institute’s women’s support services. The animal actors are a trained raven, two ordinary donkeys and a group of carrier pigeons from a bird farm. Although based on an existing script, the events, roles and dialogue were adapted during the filming process to the actors’ individual presence.

The underlying viewpoint in the Annunciation is Jacob von Uexküll’s idea that the different worlds of living beings all exist simultaneously. The idea is used as the approach for an exploration of the nature of miracles and the possibilities of perception and knowledge. In the work, the actors are engaged in a process of reconstructing the sacred and redefining the human through the divine and the animal.