The story is based on real events about a man who, in a state of psychosis, created a woman for himself.

Aki V resigned from his job as a computer software designer at Nokia Virtuals, developed schizophrenia and isolated himself in his studio flat. His mind started to produce a reality of its own in sounds and visions. Little by little, this fiction became flesh and blood and the line between reality and imagination blurred. Imagined people and events stepped out of Aki V’s head and became parallel with the surrounding reality. The leading character in this new world was Anne Nyberg, Aki’s fiancée.

ANNE, AKI AND GOD is an installation based on material borrowed from the film script "A Quest For A Woman", a work in progress. Three characters were chosen from the original material. Their roles have been adjusted and enhanced for the installation to create a work of its own. The installation examines the thoughts and context in the background of "A Quest For A Woman" and the process of film making in general. This is juxtaposed with Aki's situation when he, in a state of psychosis, creates a world of his own.

The installation’s emphasis is on the casting situation: the starting point for creating coherent characters and reality for the work. In that situation, a thin altering line is formed between fiction and the things happening in real life, and the characters get their personalities.

In five monitors set on a wooden structure, five Aki candidates perform their views of the character. Five different Akis are created in seven scenes. There is a bed inside the structure and a screen above it where two different Gods appear and talk to Aki. Outside the structure, there is another screen where the seven different Anne candidates perform and an armchair where the actor chosen to be present in the installation in the role of Anne can rest. 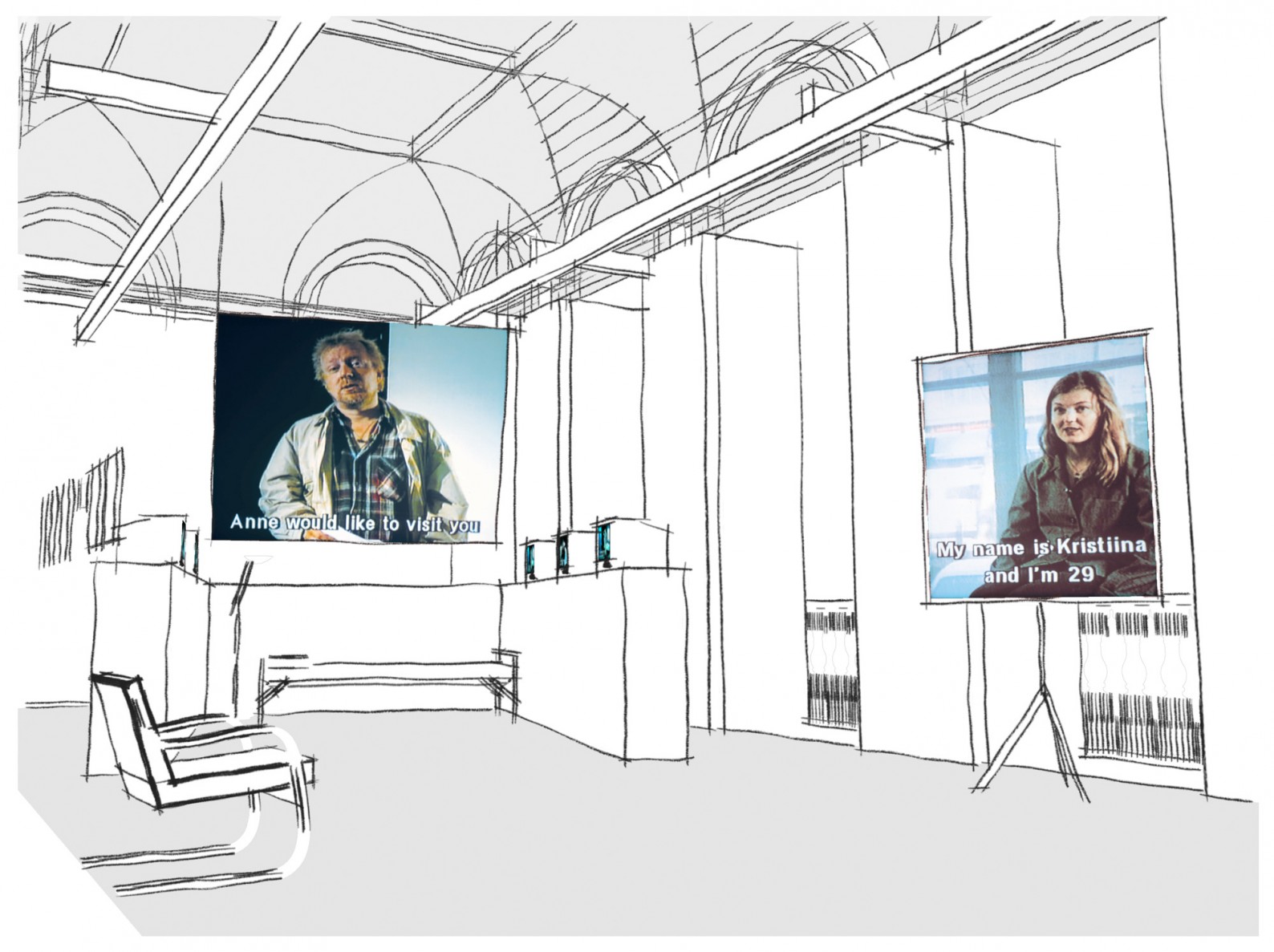