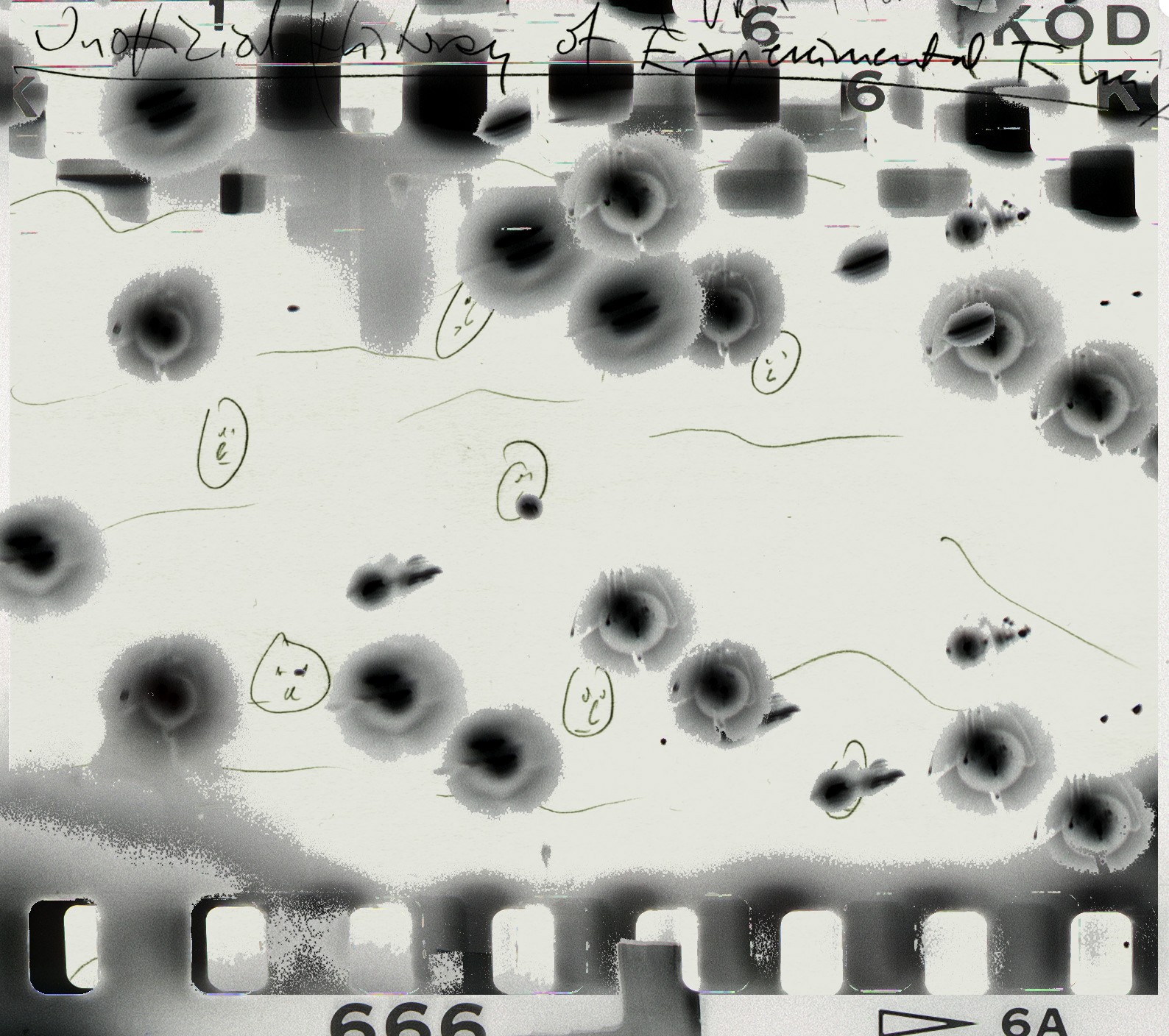 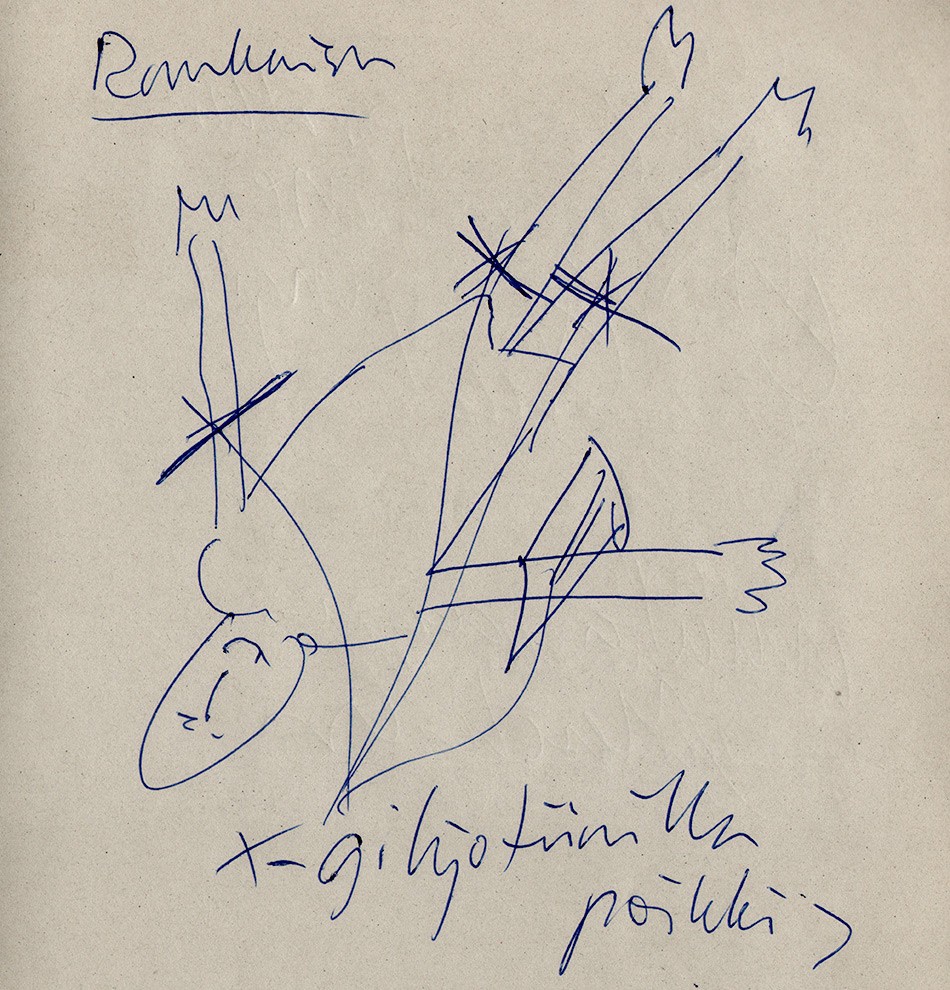 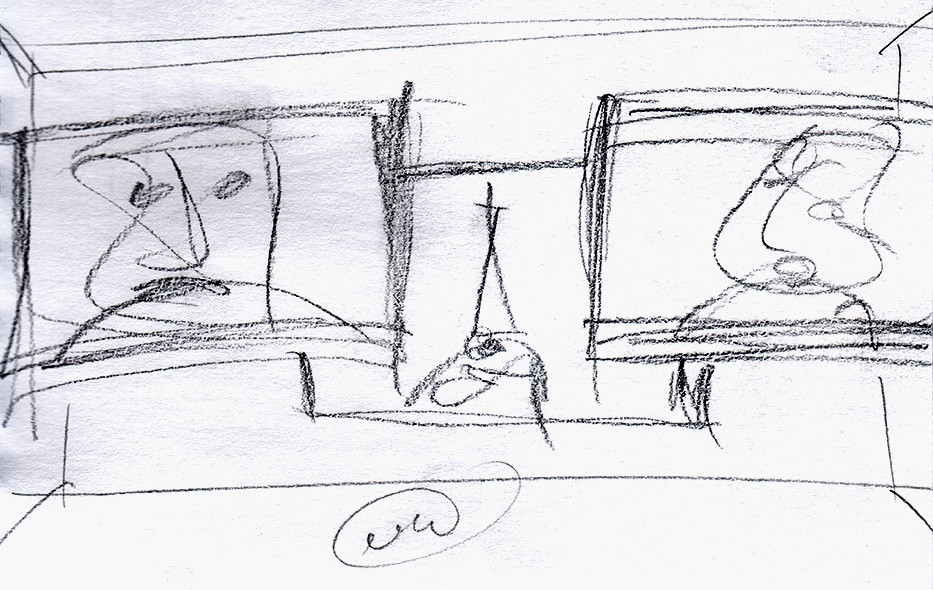 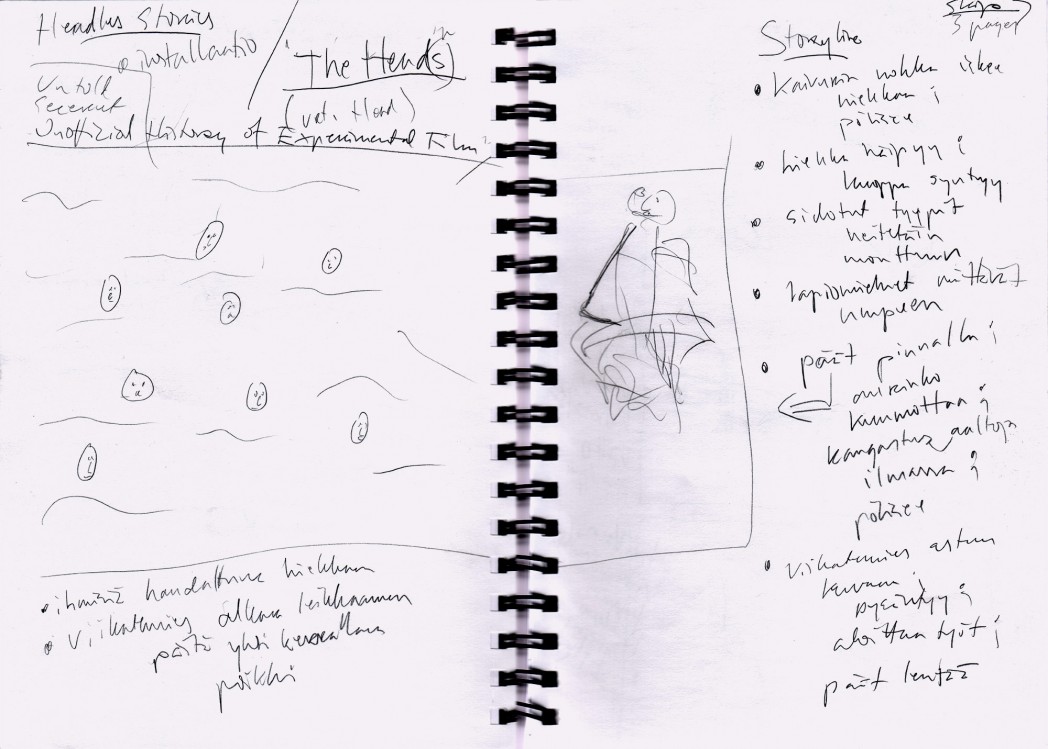 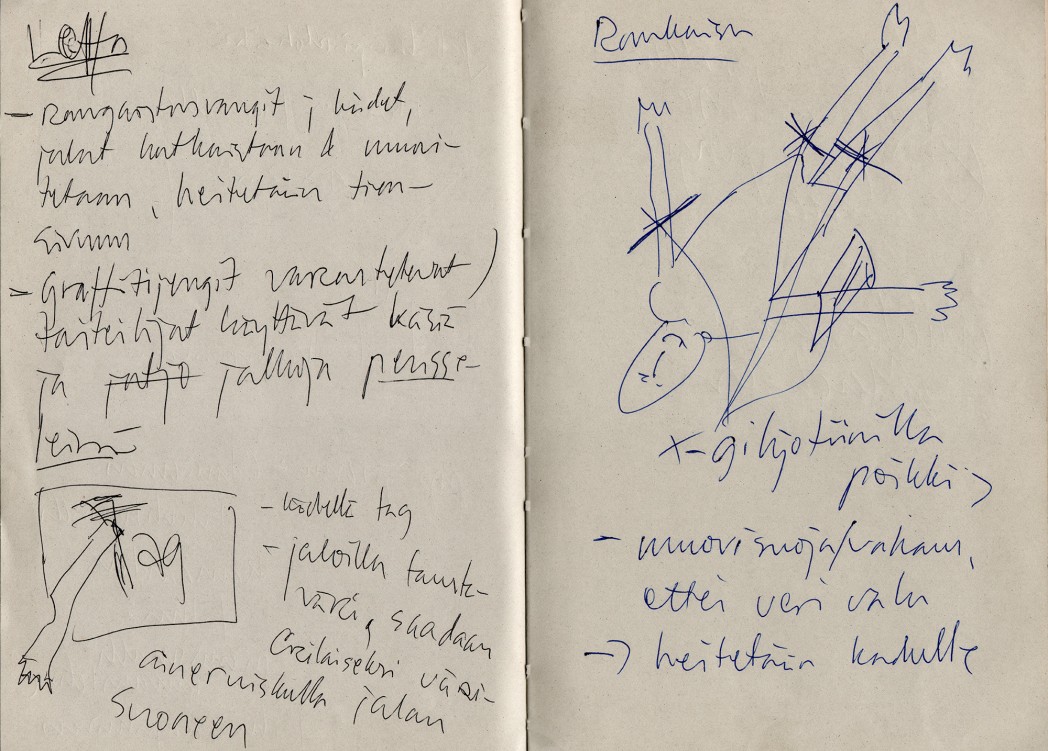 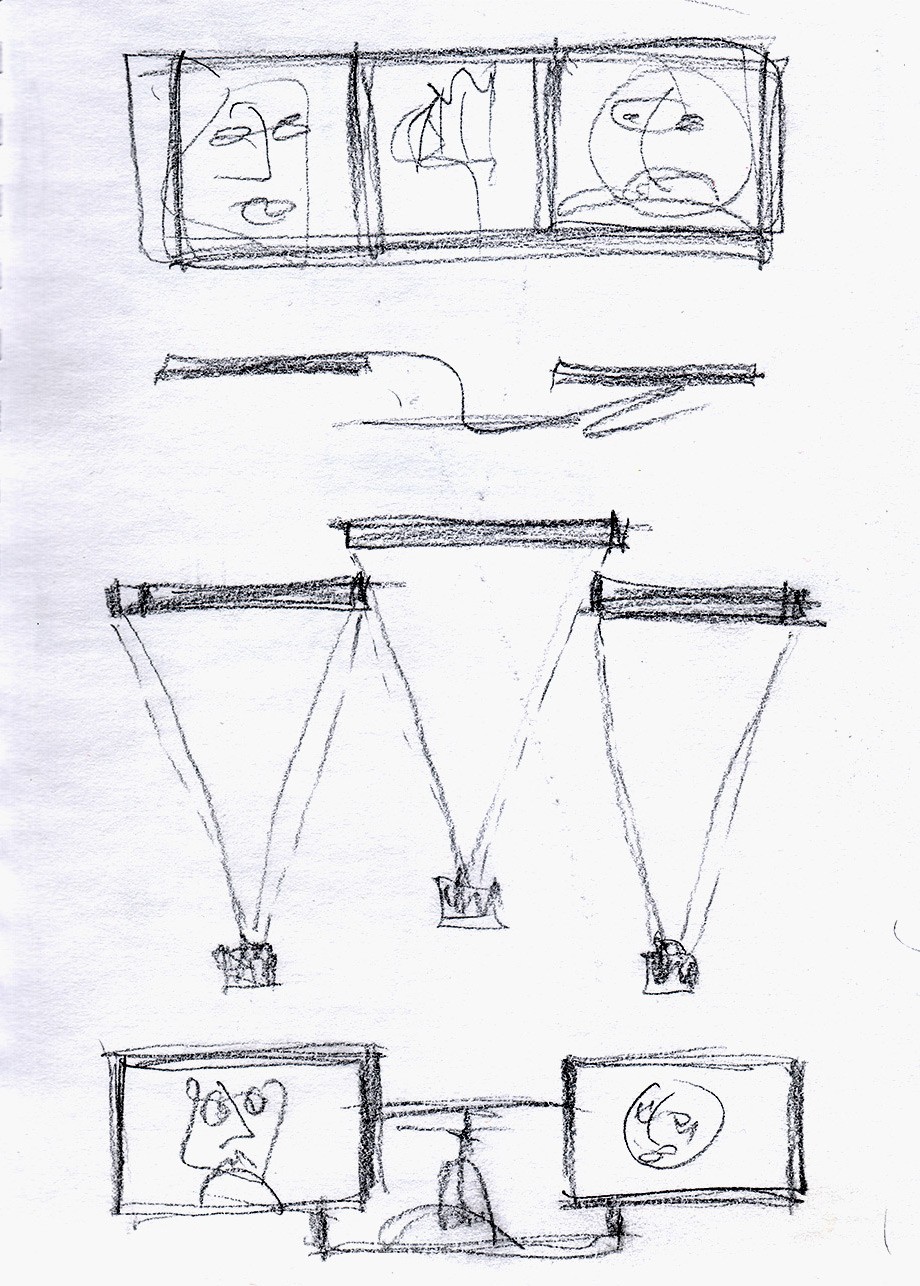 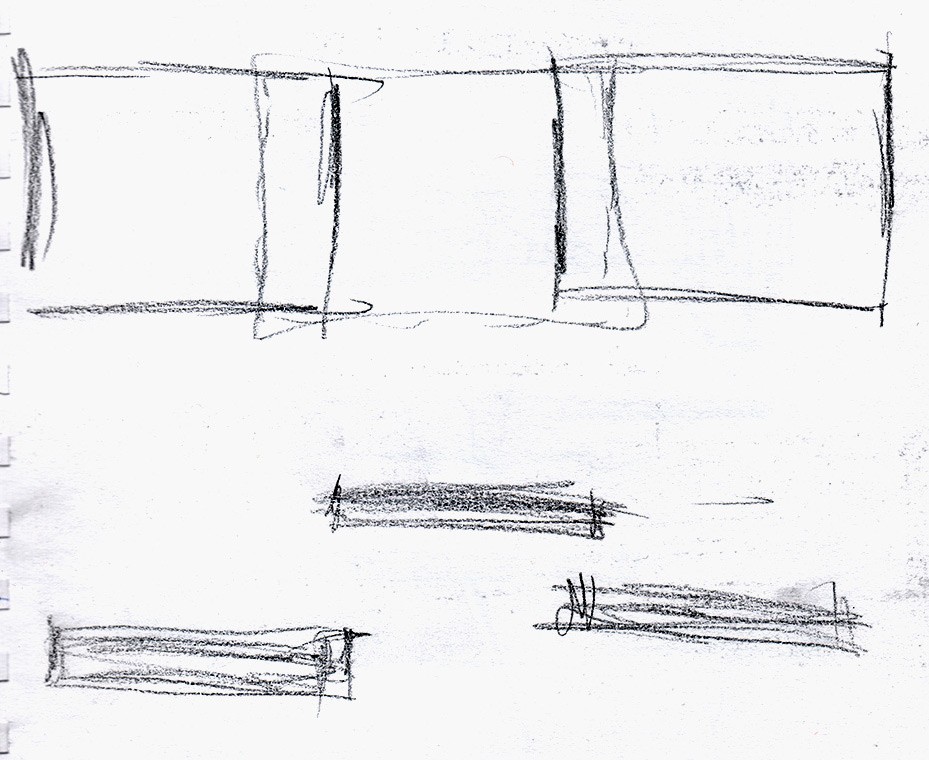 FINAL EXIT – IN HOLY TRINITY
3nity: Father – The Past, Son – The Future and Holy Ghost – The Present

Arrival. Station. Dust. In the air.

Figure. Approaching. In the distance.

Sand. In the air. Wind. Clears.

Swings. Not only once. Reaping.

Heads. One-by-one. As long as they last.

Rolling heads. Wind. Slowing down. Both.

In the distance. Vanishing.

All limbs cut off with guillotine.

Bodies thrown to the ground.

Out of the institute.

All red. To change color.

Starts to swallow film. From a rusted can. Feet after feet.

Ten feet of clear film. Visible. Out of mouth. Unswallowed.

Plunges Tanto into his gut. Slices horizontally. Then vertically.

Swings Tanto in his stomach. Silent moment. Puts Tanto on the film can.

Drags leader out of his stomach. Pulls more. Ten feet.

Takes both ends of film. From the mouth. And stomach.

Places them on film splicer. Makes a nice joint.

Falls to floor... Reaches out for the handle.

Music continues. Ever-changing, altering colors. With every round.

— The Miracle of the Holy Ghost.