DESIRE FOR THE TRUTHFUL BODY OF ONE’S OWN GENDER

Aesthetics and the Politics of P(l)ain Truth

Ilppo Pohjola’s film P(l)ain Truth (1993) addresses the politics of the representation of the body and of sexual identity from the viewpoint of a transsexual who has undergone a sex change. I will first investigate some crucial points of the personal audiovisual aesthetics that Pohjola adopts in this work. After that, I will present a contemporary feminist-philosophical discussion that I see as having points of convergence with the themes of Pohjola’s works. My references are taken from Judith Butler’s views on the politics of the body, the distinction between gender and sex, and on culturally imposed, genderized significations.

Ilppo Pohjola’s documentary film, Daddy and the Muscle Academy, completed in 1991 dealt with the legendary artist who drew gay icons, Tom of Finland (a.k.a. Touko Laaksonen). The documentary combined interviews, Tom’s drawings, other documentary material and stylized performative situations shot in the Tom style. Among the interviewees was the video artist and filmmaker Isaac Julien. One point of reference for Pohjola’s works of the beginning of the 1990s could be the political video art made by artists like Julien. In his output the consideration of post-colonial identity is combined with the politics of the sexual identity of the body. There are also other points of convergence between the two. Like Julien’s, Pohjola’s output is divided into experimental documentaries and short films. Both have also exhibited a lot in visual art contexts.

The starting point for P(l)ain Truth (1993), which was completed two years after Daddy, is the story of a transsexual known as Rudi. P(l)ain Truth tells us about what a transsexual feels when going through a process that changes her/him from a biological woman into a biological man. In P(l)ain Truth Pohjola attempts to express the experience common to all transsexuals and not just specific variants on decisive moments in a particular life. He himself calls his film a “symbolic documentary”.

In the film the life of a woman-to-man transsexual before the sex-change operation is that of a bitter, incomplete subject. He/she applies forcible measures to her/his body, including squashing her/his breasts with a bandage wound around his/her upper body. The shattering of a mirror depicts his/her frustration with the as yet unfinished sex-change process. The burning of photographs speaks of aggression against past representations of the body, in which the gender, including the hairstyle and clothing, is clearly that of a woman. The struggle against the gender set by family and society is one of the main concerns of the film. Only at the end does there follow liberation with underwater camera shots showing the aspired-to ideal in the form of figures swimming above, in this case bearing distinguishable male biological features.

FIGURING THE TRUTHFUL AND THE PAINFUL

At the beginning of P(l)ain Truth, the ground is prepared for the movement of transgression that runs through the entire film towards the ideal to be attained. We see a rapid series of images, in which the surface of the screen or monitor seems to burst. The petals of a flower open and the crown of a baby’s head thrusts into view in a rapid montage sequence. The chosen figures refer to the workings of a lust for life. Giving birth and growth are associated with a positive harshness and with the actions of a desire that transcends the individual’s conscious self.

Pohjola’s method is reminiscent of Sergei Eisenstein’s theory of the montage of attractions. In the montage the associations aroused by the preceding images amplify the emotional charge of the subsequent ones. Attractions, being elements that arouse direct emotions, are in turn the basic units of all art. Kenneth Anger, the avant-garde filmmaker who extended the boundaries of the representation of sexuality and combined pop-culture with occult mysticism, was interested in Eisenstein’s ideas, and it has even been suggested that the whole of his output is a kind of individual redevelopment of the montage of attractions. Anger’s role as a creator of film icons and covert influence brings to mind the corresponding influence exerted by Tom of Finland. Considerations of homosexual identity via its representative manifestations is also an important element in Anger’s production. Pohjola deals with questions of sexuality in a noticeably more discursive way and nor does he seem to feel any need to create a special personal mythology.

The figures and events in these images arouse powerful emotions. Even though the story of a transsexual going from torment to salvation offers an opportunity for the structure of a classical tale of survival, Pohjola does not seek to reconstruct events, but concentrates on the “truth of feelings”. One thing that speaks for Pohjola’s skill is that the story is also clearly readable from the film. Pohjola uses his audio-visual figures partly destructively, partly decoratively. The destructive aesthetics is spoken of by an image in which a suited figure tears off the suit and tie to reveal breasts, this being combined with a pounding, nerve-shattering soundscape. The decorative approach is presented by the unfolding roses in the four corners of the photograph or text plate. Pohjola is in charge of the mental images evoked by his pictures and that is why even audacious associative combinations are possible.

Eisenstein pointed out that film images never have an unambiguous content or meaning (a feature to which semioticians of film returned much later). For this reason the audience’s psychological expertise is important. The meaning arises with the aid of the associations aroused in the viewer. Together the symbols constitute metaphors, third meanings that transcend the symbolic level. This is audio-visual poetry, one example worth mentioning being the montage sequence at the beginning, in which the crown of the head of a child being born becomes an opening flower.

The audio background to P(l)ain Truth is frequently a kind of organized noise, whether it be composed music or sound effects. The montage sequence at the beginning ends with a map pointer striking the dusty surface of a table over a whip-like sound effect. This is immediately followed by a stylized scene in a school classroom, in which a little girl sitting at a desk is doing schoolwork in the presence of a male teacher. The girl is left-handed. The teacher hits the girl on the back of the hand with the phallic pointer and ties her left hand behind her back, so that she cannot write with it. From the viewpoint of hierarchical, binary thinking, left-handedness and transsexuality are something wrong and undesirable (whether it be a phallic or right-handed tyranny).

Admitting to one’s own “plain truth” takes one away from torsoness, but this has to be adapted to fit together with the “plain truth” of others. Even if the decision were not a painful one, and if things otherwise went as hoped, the forthcoming operations will still cause pain. A transsexual who resorts to an operation has to go through a series of written tests, in which the inner truth is adapted to fit society’s demands.

In her book Bodies that Matter (1993) Judith Butler reminds us that the concept of sex is in itself “troubled terrain, formed through a series of contestations over what ought to be decisive criterion /?/ for distinguishing between the two sexes; the concept of sex has a history that is covered over by the figure of the site or the surface of inscription” (Butler 1993, p. 5). In P(l)ain Truth this inscription is given expression in the form of sequences in which test questionnaires appear on the surface of the images, posing questions like: “Are you presently regarded” (cut to another image) “as male of female” (cut) “by your immediate family” (cut) “(father, mother, brothers, sisters)”. The quotations from the test questionnaires give the whole a discursive shape, but at the same time they also serve as visual stimuli (it is evident here that Pohjola has also done a lot of graphic design work).

GENDER AND SEX AS CONSTRUCTED OR AS THE MOVEMENTS OF MATERIALIZATION – WHAT IS THE P(L)AIN TRUTH?

In her book Vested Interests (1993) Marjorie Garber asks the question: “But what is a transsexual? Is he or she a member of one sex “trapped” in the other’s body? Or someone who has taken hormones and undergone other somatic changes to more closely resemble the gender into which he (or she) was not born?” (Garber 1992, p. 105)

In The History of Sexuality (Histoire de la sexualité I-III. Editions Gallimard, Paris, 1976-1984), Michel Foucault investigated the historical genealogy of the concept of sexuality. Foucault demonstrated how sexuality is culturally constructed. With language being bound up with power the control of sexuality becomes one way of governing people’s bodies. The constructive concept may, however, fail to live up to nature. The danger is that it will resurrect the old division into feminine nature and masculine, meaning-endowing culture (in this case the labeling power of culture). According to Butler: “One question that feminists have raised, then, is whether the discourse which figures the action of constructing as a kind of imprinting or imposition is not tacitly masculinist, whereas the figure of the passive surface, awaiting that penetrating act whereby meaning is endowed, is not tacitly or – perhaps – quite obviously feminine.” (Butler 1993, p.4)

The danger is that in cultural signification sex will be totally swallowed up by gender, which thus completely loses its own history. It is merged into gender just as feminine matter is absorbed into masculine cultural discourse: “…the figuring of nature as the blank and lifeless page, as that which is, as it were, always already dead, is decidedly modern, linked perhaps to the emergence of technological means of domination.” (Butler 1993, p. 4) In this context, it is interesting from the point of view of the thematic continuity of Pohjola’s works to notice that Asphalto (1998) and Routemaster (2000), which were completed after P(l)ain Truth, deal with a relationship between a man and a woman situated specifically in the manner in question amid the materials of a masculinely genderized world.

According to Butler, bridging the gulf that has arisen between substance and language requires a rethinking of the concept of materialization. Butler emphasizes that “it is matter that matters”. In the philosophical tradition the attribution of meaning has frequently taken place through the actualization of ideas in matter, i.e. expressed in masculine tropes through the idea of penetration and fertilization. Instead of stressing the sudden bursts of acts of signification, Butler accentuates the meanings and historicality of the forces and powers that work themselves through in the process of materialization.

From these considerations I might draw the next conclusion. In what transvestites and transsexuals do to achieve their own ideal sex we can see acts of re-creation and becoming-somebody (not just to-be-somebody-else, but to-become-somebody-that-was-all-the-time-quite-present). This takes place without the predetermination that would be manifested in the form of the gender and sex defined at birth. The transformation from woman to man is not an on/off event, but a lifelong process of materialization.

All in all, transsexuality could be one thing that exhausts the various concepts of sex of their inherent essentialism and absolute signification. It tells us that the boundaries can be crossed even if the boundary lines in themselves remain. Perhaps this is the most important “plain truth” that the film evokes. 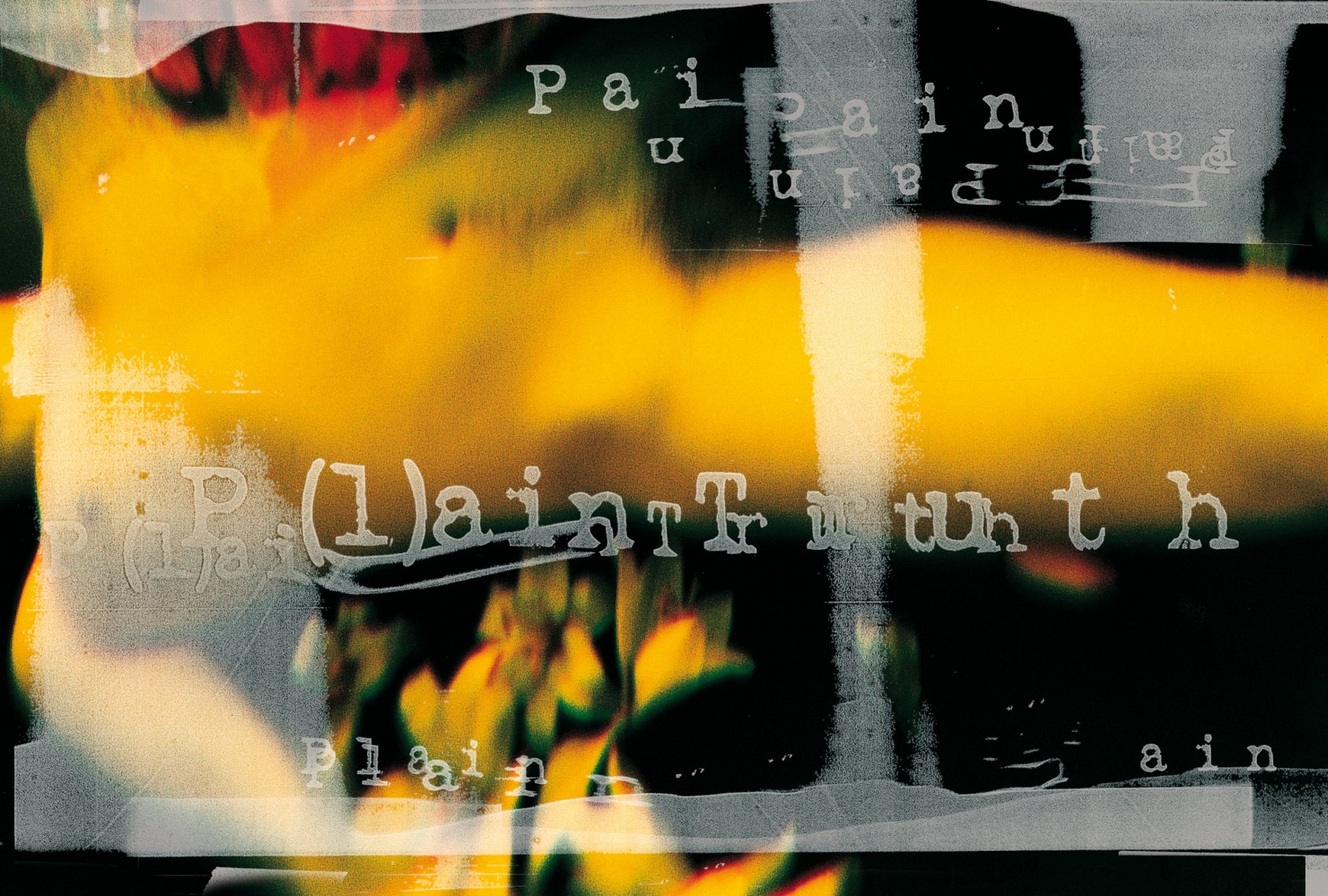