Antidote to Numbness – The Films of Ilppo Pohjola

Is there any better way to approach time than to attempt to understand what is happening inside one‘s body at any given moment? The moment that a filmmaker creates as one proceeds from frame to frame, giving birth to the juncture between two images, is based on one‘s intuitive sense that this is as it should be. One‘s eyes and ears do not bear witness to this, but rather one‘s body. Therefore, two different people could never edit the exact same film. Furthermore, two distinct spectators will never experience the same film in the same way.

The body carries its own memory, the mystery of the subconscious: in other words, self-evident truths that our minds strive to shut out. The films of Ilppo Pohjola are profoundly committed to this theme as they strive towards a kind of physical totality in which viewers also become aware of changes in their bodies. In other words, it is thus a question of film as an antidote to numbness, in terms of sound as well as vision.

When Pohjola depicts the body he seems to try to make his film react as if it were a body. It is not just an image of a body but also a sensation. What does filmic material and skin have in common? Well, at the very least they are both alive, bear symptoms and carry traces of memory. Sometimes even the minutest touch is enough to activate dormant traumas or sexual tension. Each skin pore is thus just as crucial as each frame is in Pohjola’s body of work. In this sense, especially the film Routemaster – Theatre of the Motor (2000), in its attention to the filmic, reminds one of the works of Peter Kubelka. In his depiction of the inner states of his subjects, Pohjola recalls Kenneth Anger.

Apart from a couple of exceptions, Pohjola’s cinematic oeuvre is an analogue body of work. It is not particularly prolific in terms of length and is the kind of film that will not be seen in general theatrical distribution. Pohjola is a peculiar phenomenon in Finland. His films are produced with local financial backing and are well-regarded, although I have not met many people who have seen more than one of them. The sole film in question is usually Daddy and the Muscle Academy (1991). It seems as if the visionary does not count as a cinematic virtue.

Pohjola seems to focus on those who suffer. He acknowledges health but does not recognise it in the culture. There is a clear, underlying narrative especially in his first films: people can be healthier than environments that define them as ill. Every person that falls into this societal limbo must resolve this issue in order to move forward.

Motion is clearly to Pohjola’s liking and the two road movies he has made are a testimony to this. This brings us to another central facet in Pohjola’s filmography apart from the body: the concepts of time and space, as well as the thematic of displacement.

Neville Brody (in the film Dialogi, 1989) is a garrulous Brit gallivanting around Helsinki making observations about the city. He is definitely not a resident. Slaves (1990) depicts a dissolved Baltic region, whose drumming males flirt with Sibelius. Tom of Finland makes his escape to the United States. The protagonist of P(l)ain Truth (1993) lives in the wrong body. The people in Asphalto – An Aria for 13 Demolition Derby Cars, Girls & Gas Stations (1998) have lost their language and live aimlessly in cars. Routemaster is a tour that becomes ever more abstract by the frame. Asphalto is a distinguished Finnish film. Its protagonists drive through the country, but objects and matter seem to remain static throughout the movie. In contemporary Finland you can drive through the country without a map if you navigate by the lights of the petrol stations owned by a single corporation.

Ilppo Pohjola’s films abhor the neutralisation of everything. They depict control, borders and laws that differentiate countries, but also the problem of thought. Thus the people in Pohjola’s films are often not well. Disease signifies a state of stagnation, an obstructed road as well as hindrance. Deleuze has written brilliantly about the rehabilitative effect of creative endeavour as a medicine against disease while citing Proust: ‘’Good books are written in a language that is in some sense strange.“ This also applies to cinema, as is the case with Ilppo Pohjola’s work since P(l)ain Truth at the very least.

Society works like a conscious mind. It strives to deny the symptoms of the body and shut them out. If cinematic art has shown us anything it has proven that everything can be entered. Stan Brakhage did not remain staring at orange, but immersed himself in it and observed that he had entered the interstices between red and yellow.

Pohjola’s films are about people, but even more about entering a person and starting to resemble the person regardless of which individual is chosen as a subject. Routemaster only depicts cars, but is reminiscent of the human, as it has the form of a human in the much the same way as machines often resemble living beings. Routemaster, my own favourite among Pohjola’s films, is like the protagonist of P(l)ain Truth, whose symptoms are hard to define. Nonetheless, there is a beast underneath screaming that something is very wrong.

Zoe Lund, the screenwriter behind Abel Ferrara’s Bad Lieutenant, has said that a good movie should rape its viewer in order to render the spectator into a state of bewilderment. Pohjola’s works are not as comparably aggressive, but are works that serve as a kind of exorcism of the beast. Pohjola‘s essential aim is to attempt to reach states that are tactile to the viewer.

The sound design and music in Pohjola’s movies are elements that can induce a hard-on. Routemaster should be screened loud. Asphalto is perhaps best seen as a work of music and sound. The journey of P(l)ain Truth from hysteria to harmony is accomplished largely by use of powerful sounds. The distinctive sound design is what sets Daddy and the Muscle Academy apart from the traditional biographical documentary. Slaves is actually a music video.

Neville Brody, who is a record sleeve designer, says amusingly: ‘’In the old days music changed the way people think. Nowadays it changes what they wear.“ Dialogue is a scarce resource in this retrospective. It almost seems like the missing link in Pohjola’s body of work, showing with a sense of humour how the signs in our environment shape us and how we constantly react and adapt.

As a director, Pohjola had almost been consigned to the past, until news of a new work arrived last autumn. Where has he been all these years? This question should be addressed to the man himself. Of the new film we only know that it features excerpts from an unfinished work called Bacteroid. Characteristically for the director, this excellent draft is hidden on one of his DVDs and provides a bridge to my last comments.

The DVD releases designed by Pohjola himself form a valuable chapter of their own. They are reminiscent of the visual richness found in the best record sleeves. On the DVD sleeves the director seems to ponder his own work and provide it with new, purely visual signals.

These DVD works remain as objects in my hand as I conclude this presentation and head for the highway.

Translation from Finnish to English by Jason O’Neill 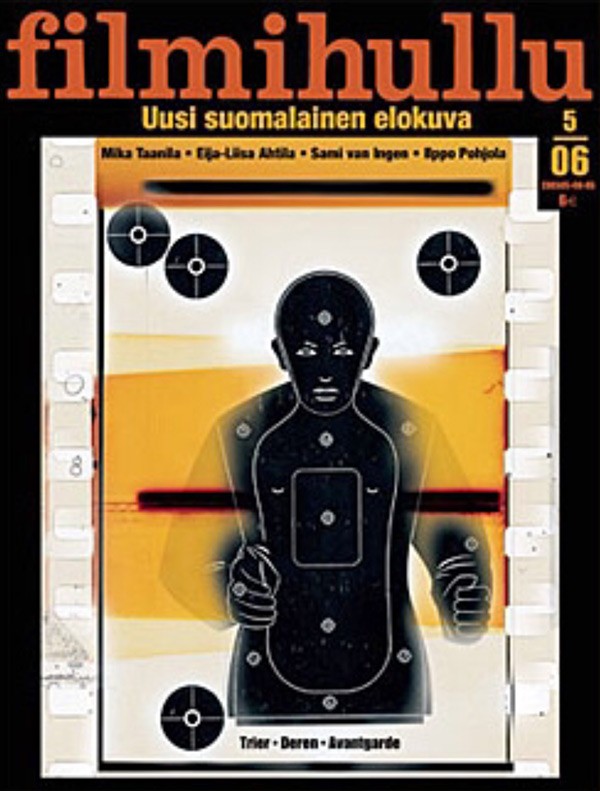 ANTIDOTE TO NUMBNESS
The Films of Ilppo Pohjola
by EERO TAMMI 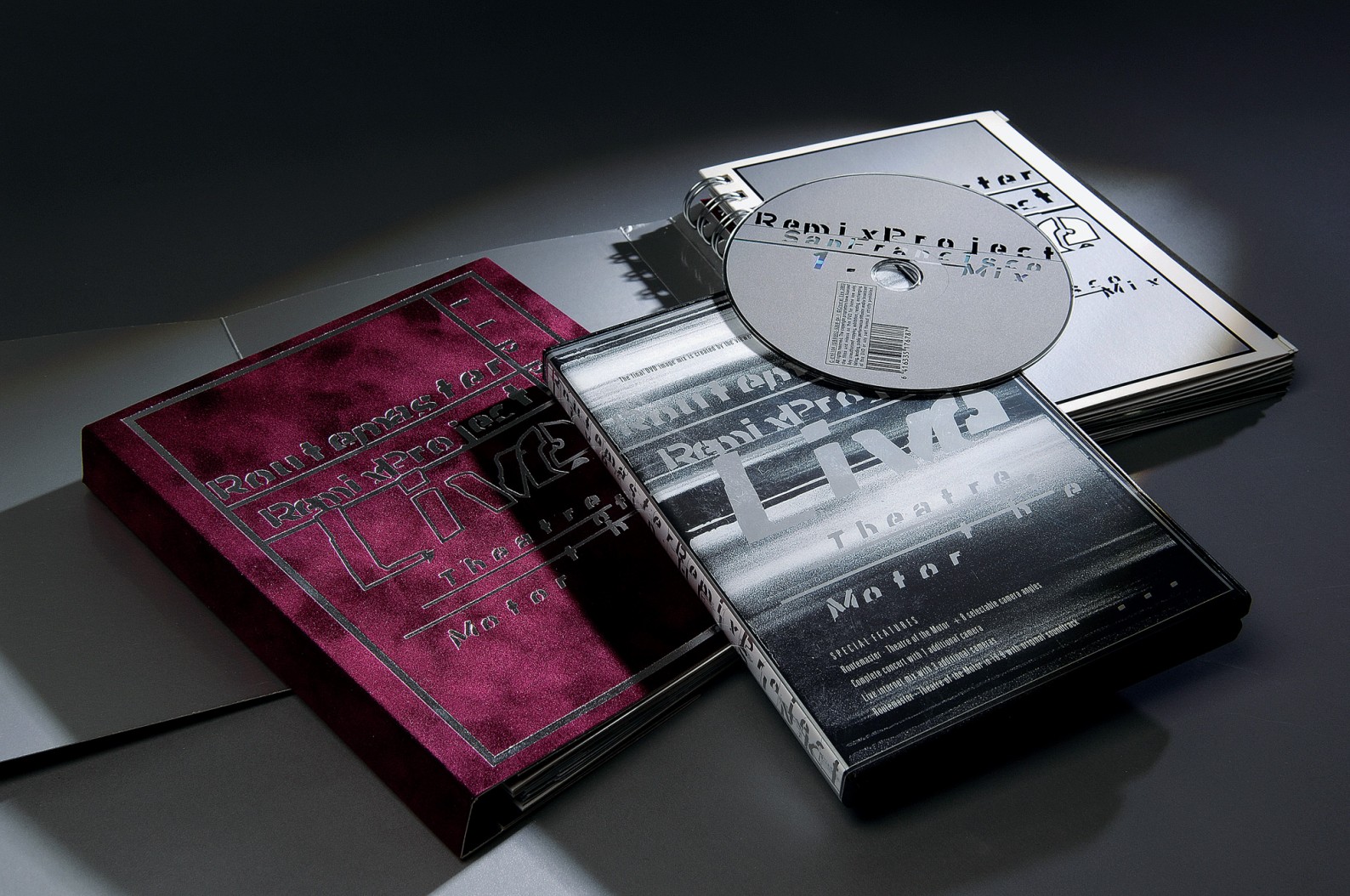 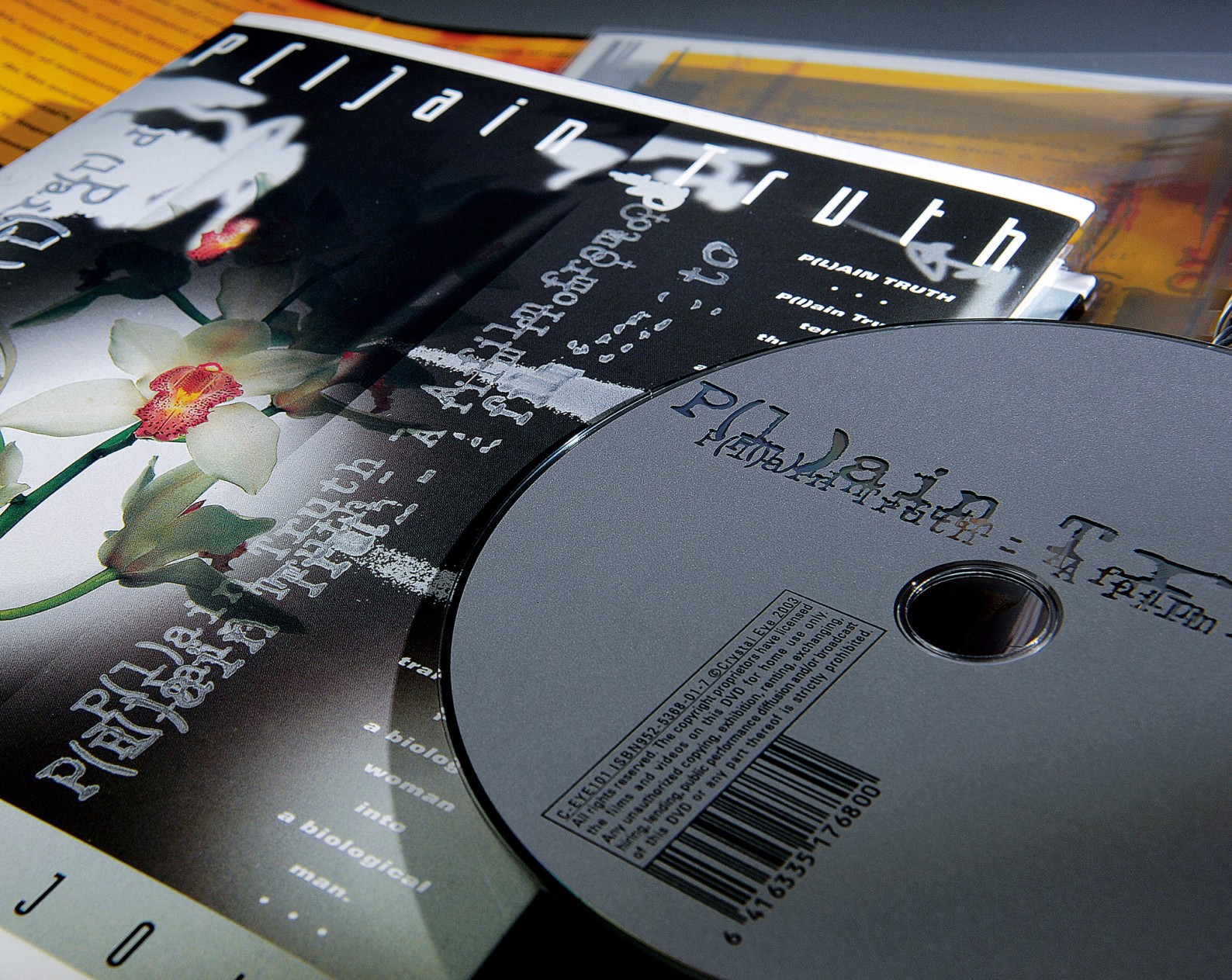 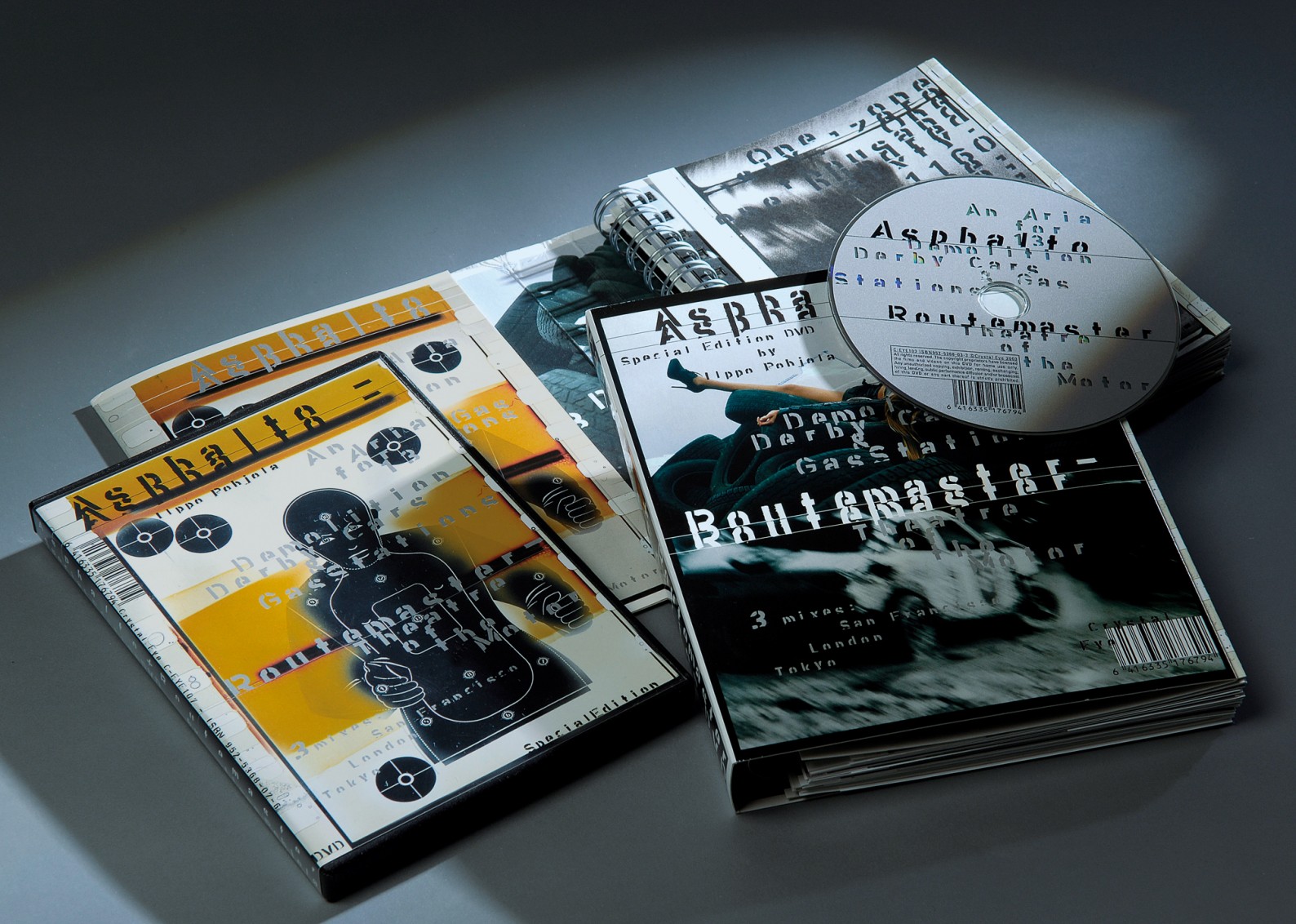 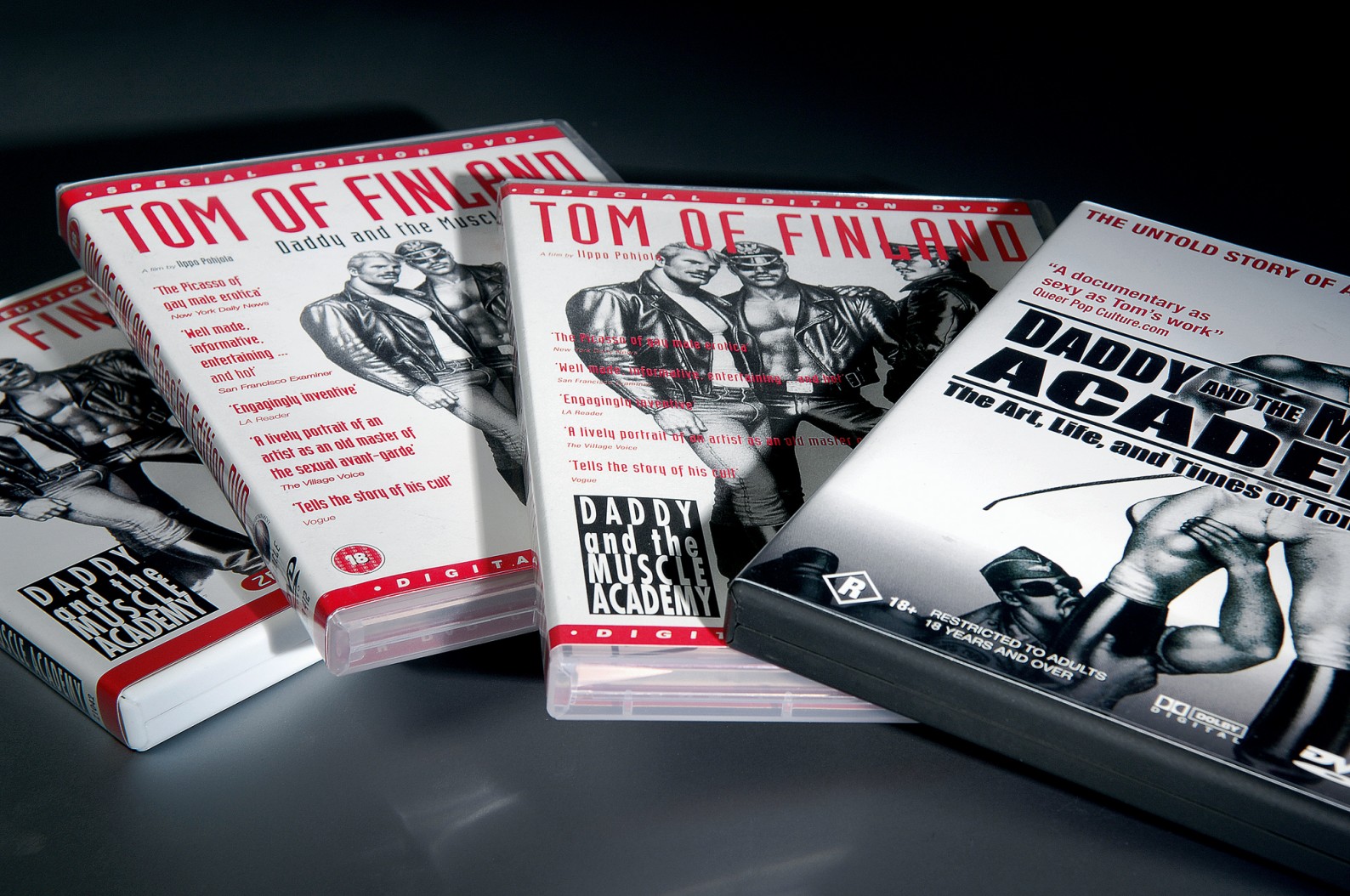