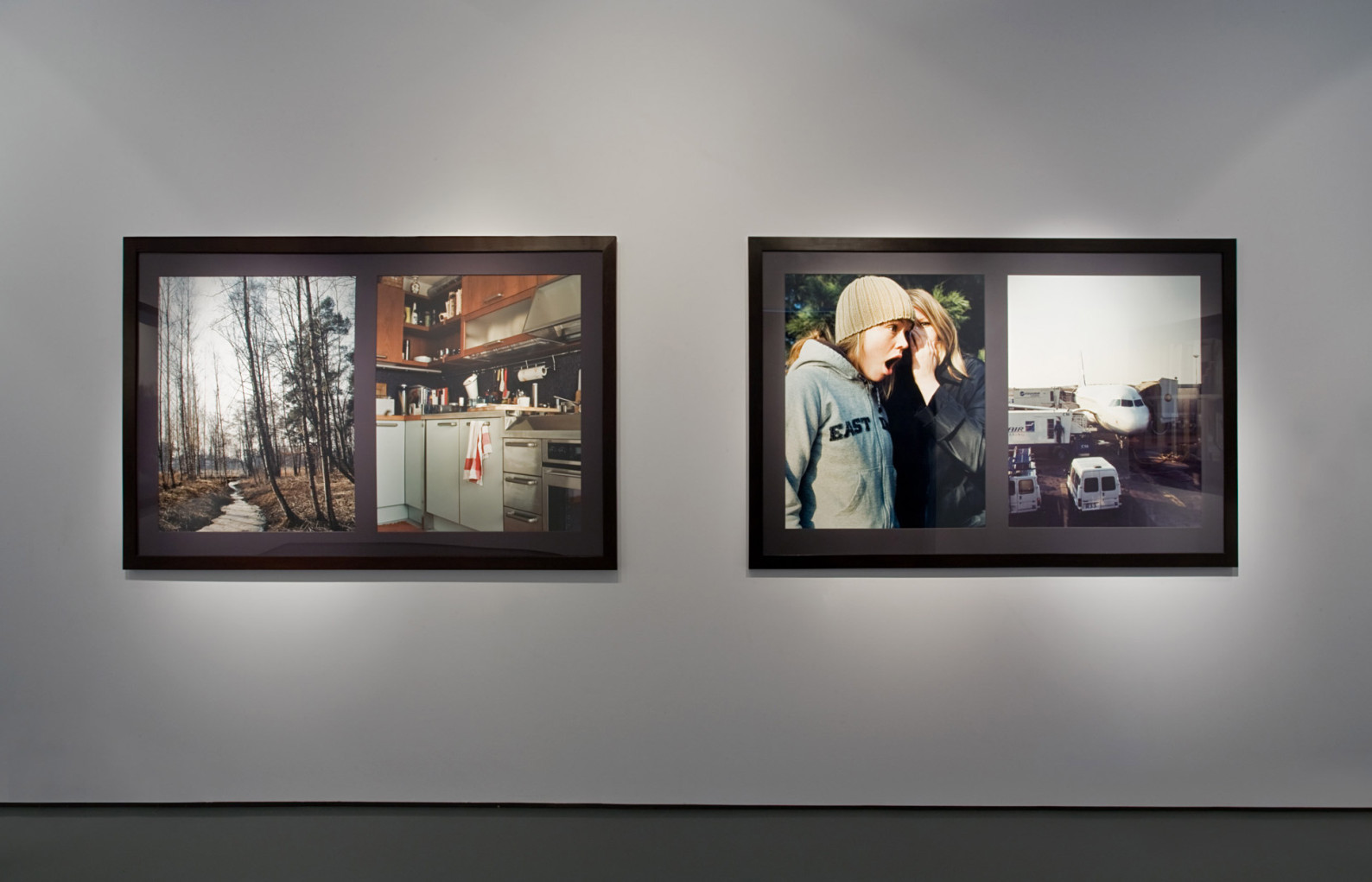 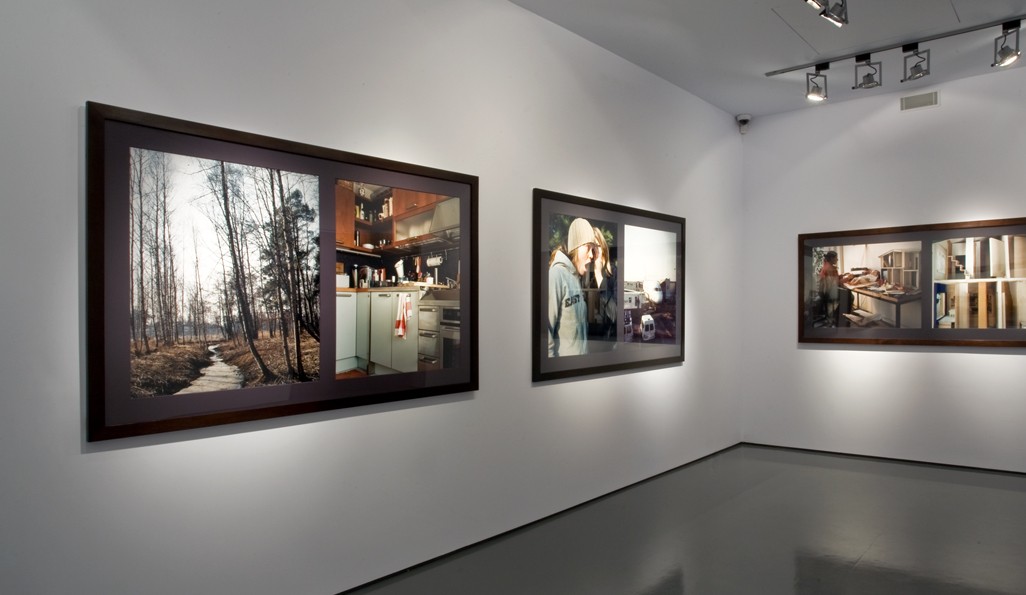 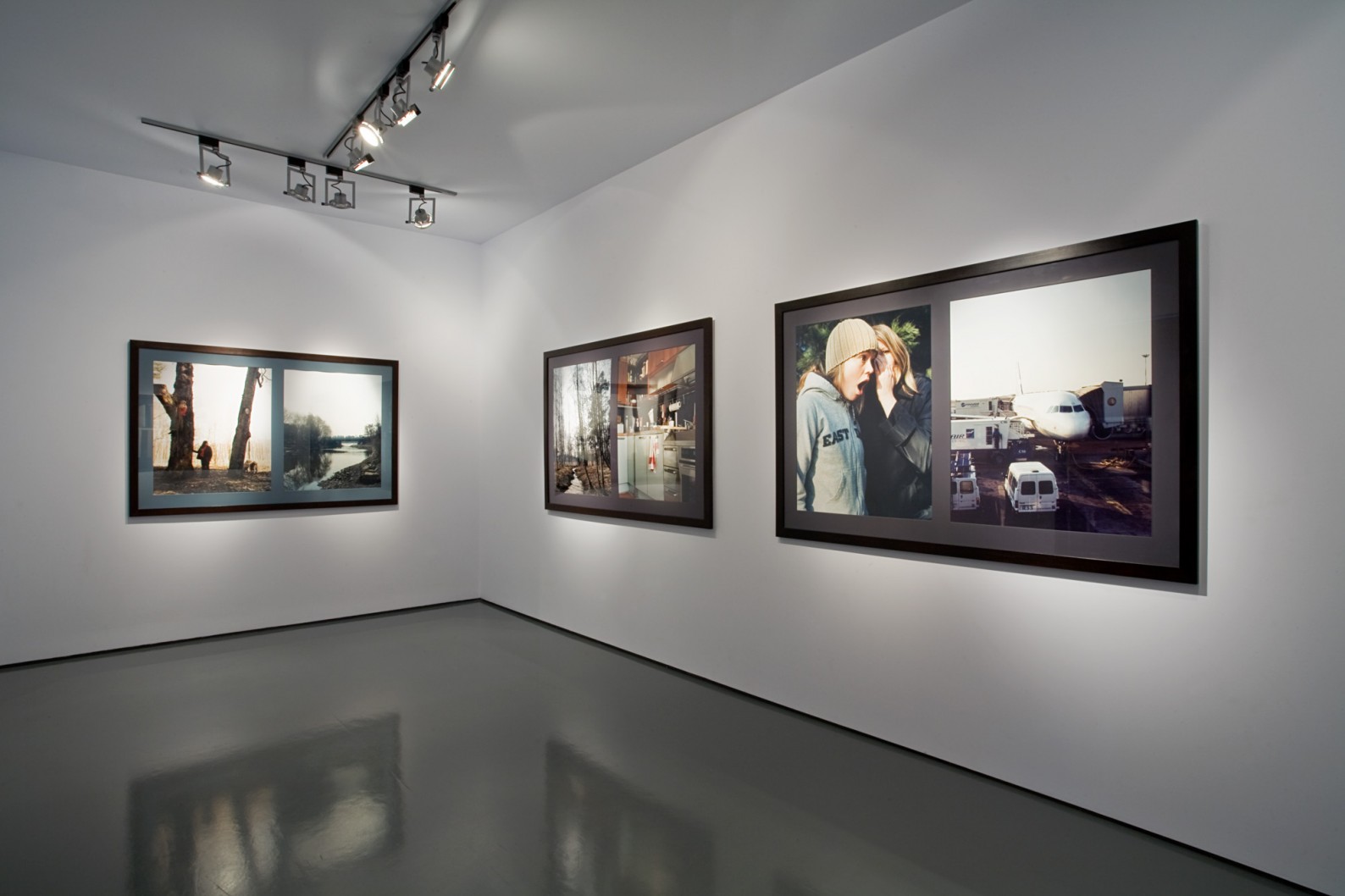 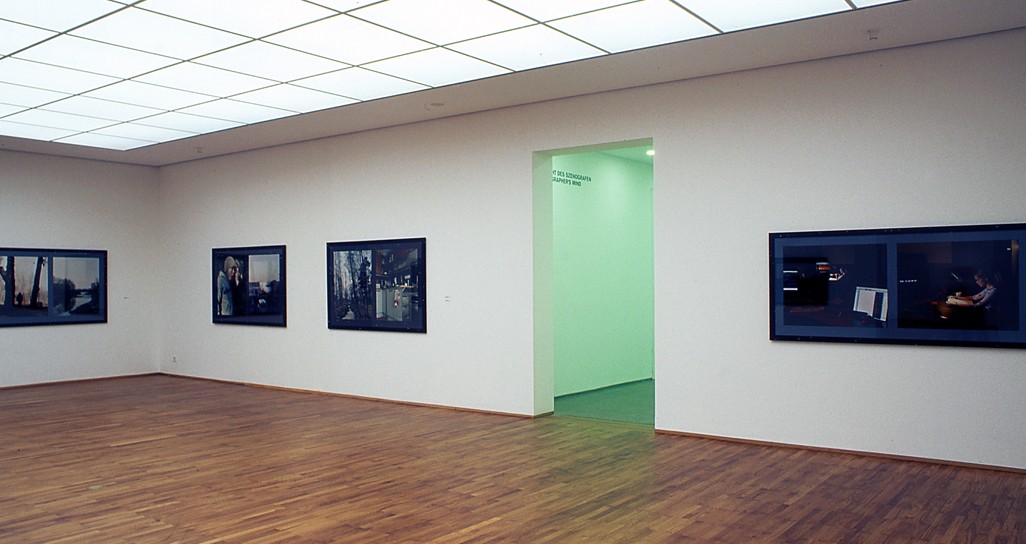 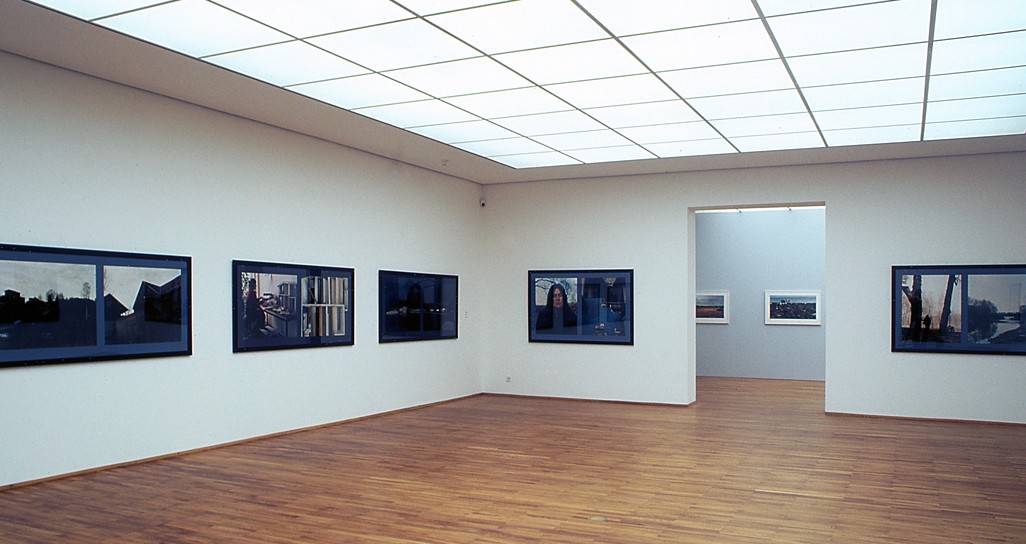 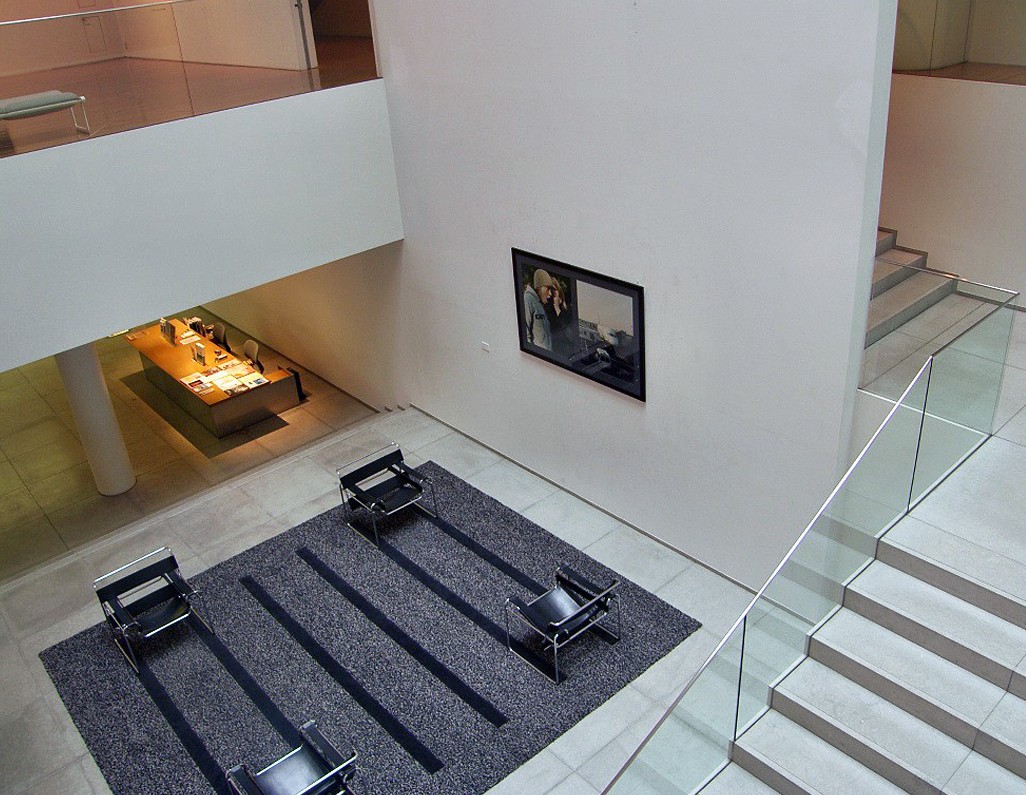 The SCENOGRAPHER'S MIND series consist of 18 photographs, two in each frame. The series was made during spring 2002 – a couple of months after completing the installation The House. The theme of the installation is perception and its disintegration. It told a story about a woman who fell ill with psychosis. In the story her house breaks down which becomes a metaphor of the breaking of her mind.

The photographic series took as its starting point the themes of the installation The House. It approached perception and the process of creating a coherent world from another angle – that of a scenographer.

In the “Scenographer’s Mind” series the aim was to further explore the role of the surroundings, landscapes, buildings and spaces and their perception in process of creating meaning. The work of the scenographer was taken as a model: through searching, selecting and building, scenographer gradually creates places, which finally make the world of the script a coherent whole.