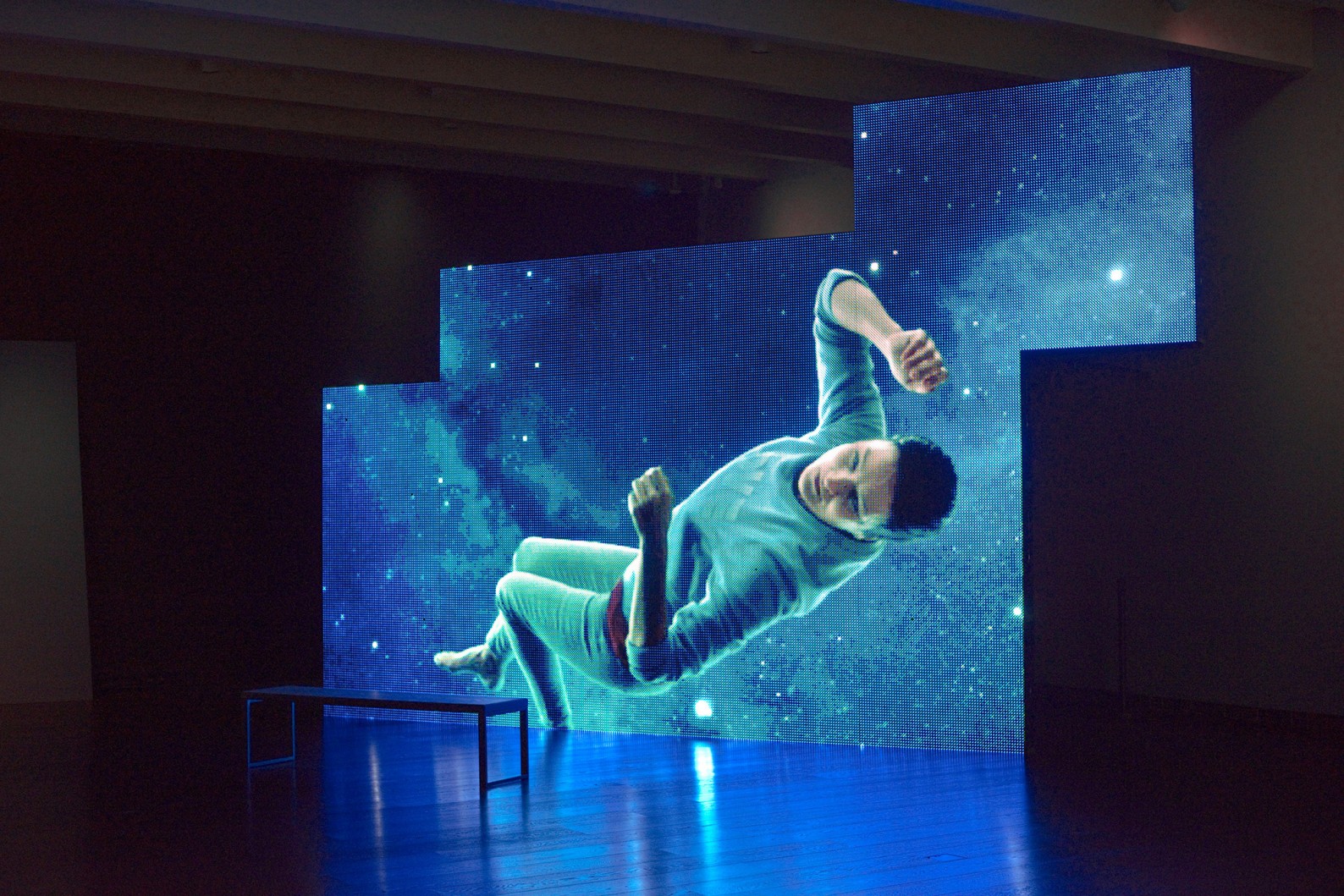 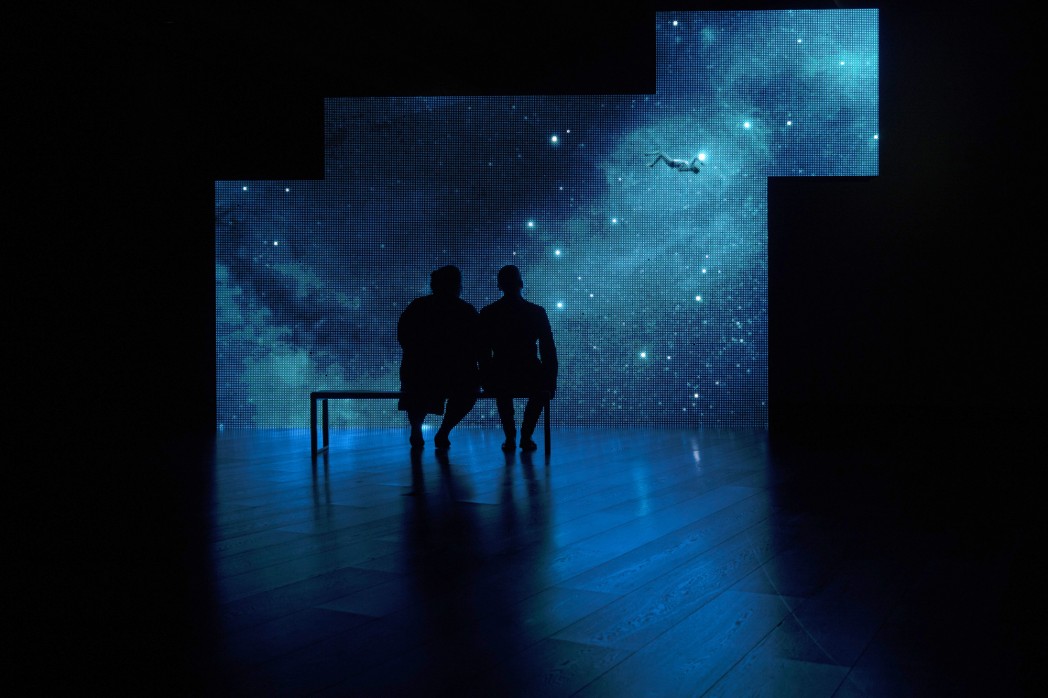 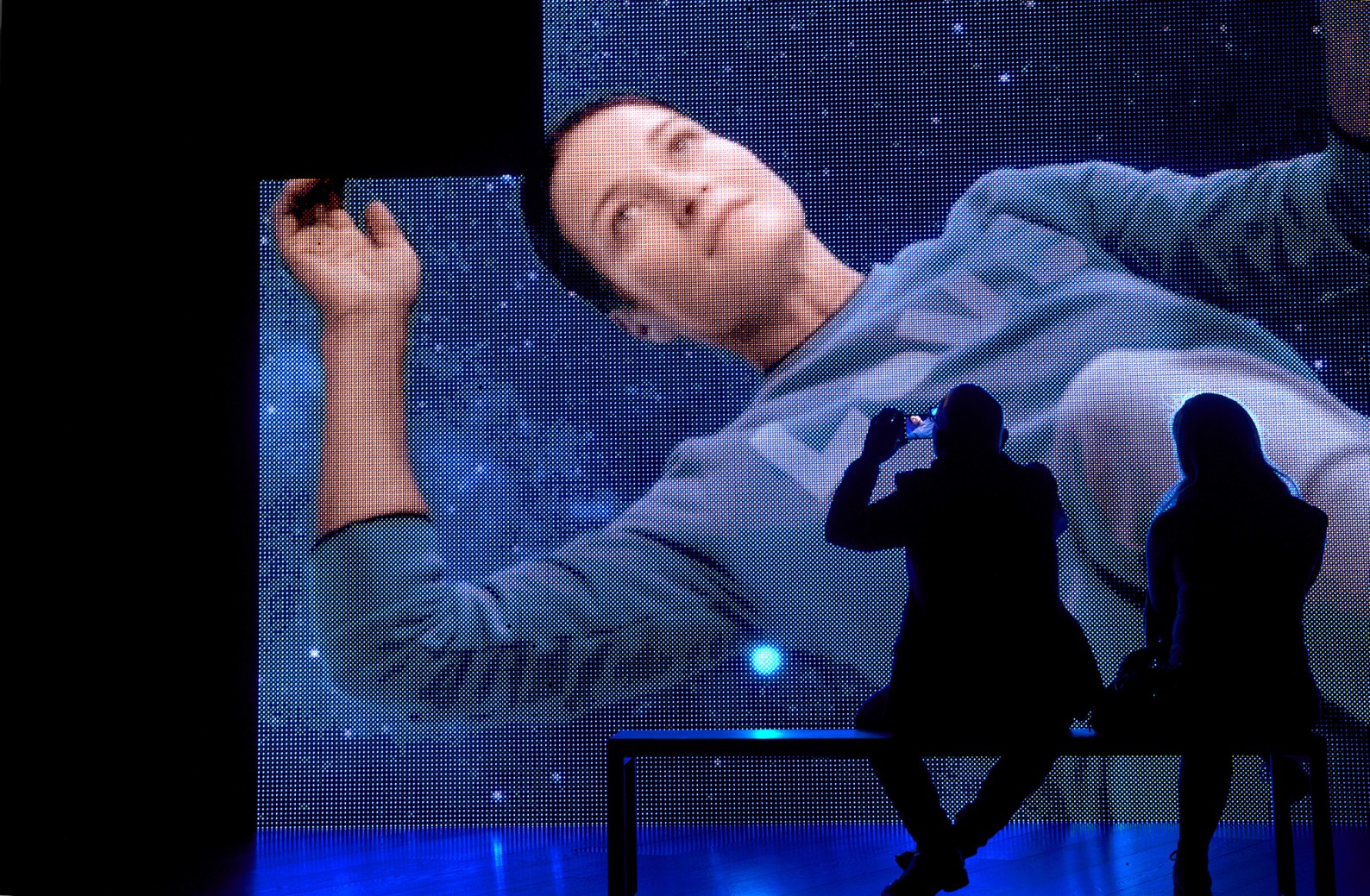 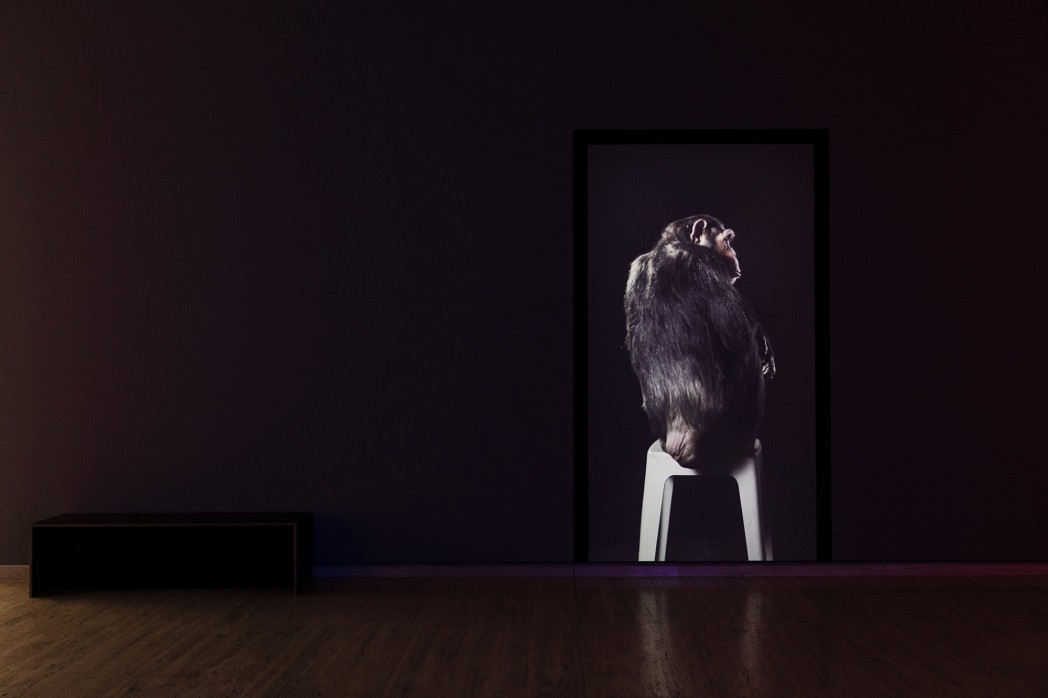 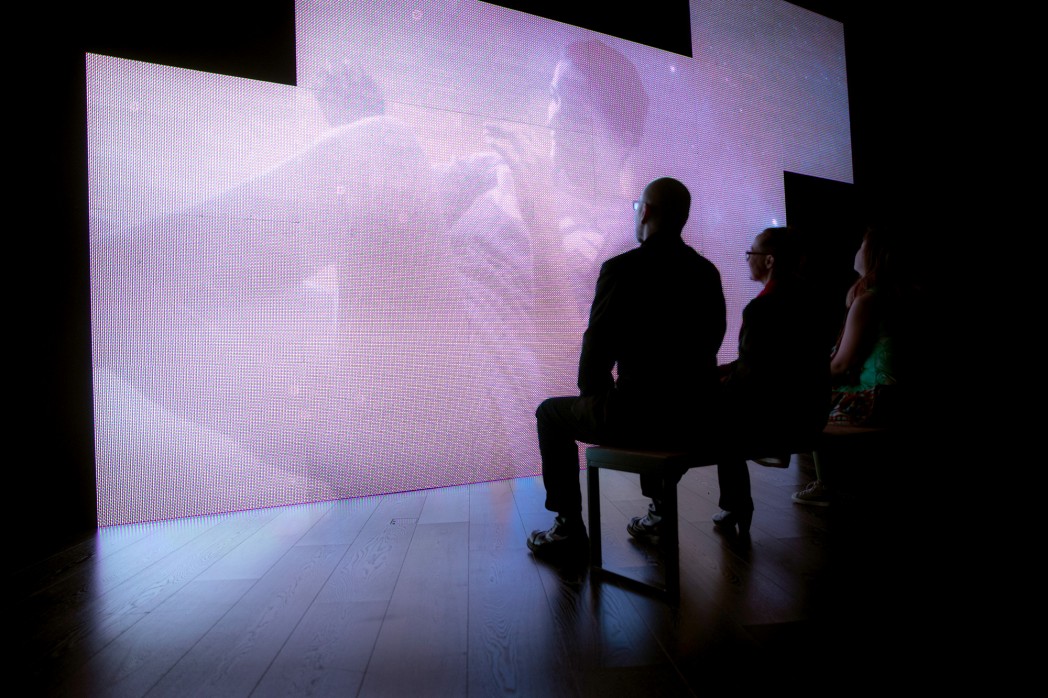 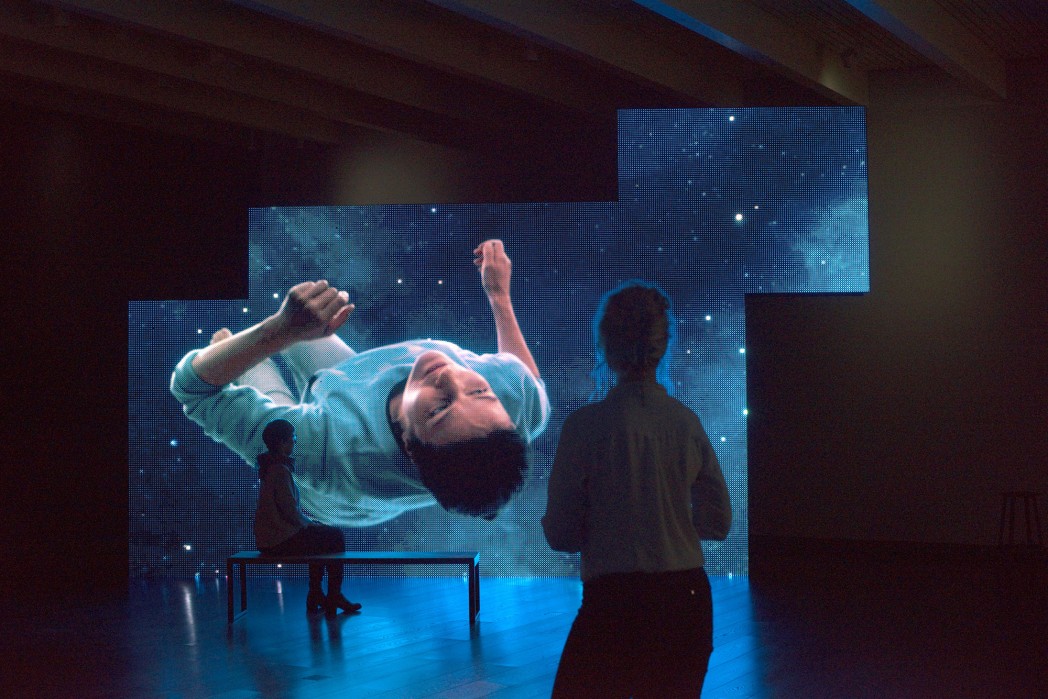 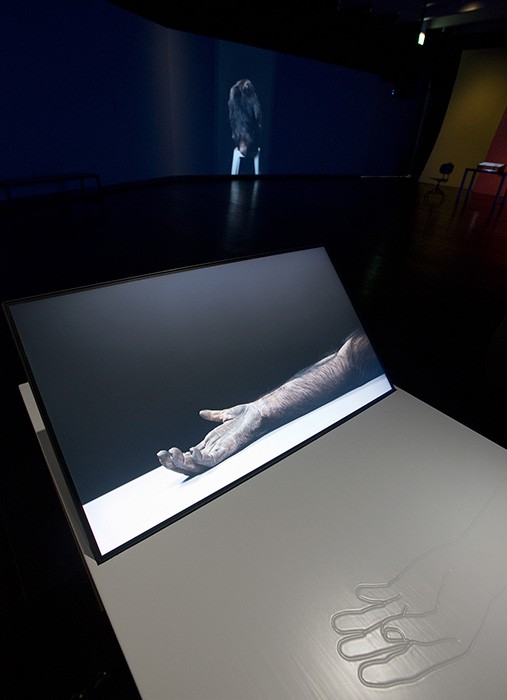 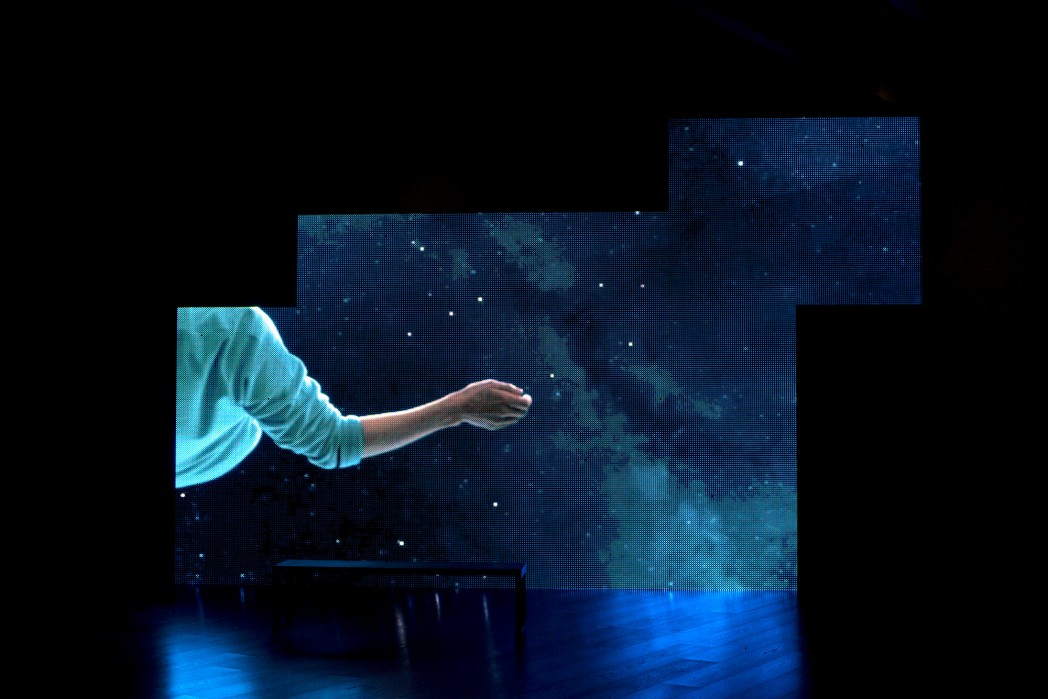 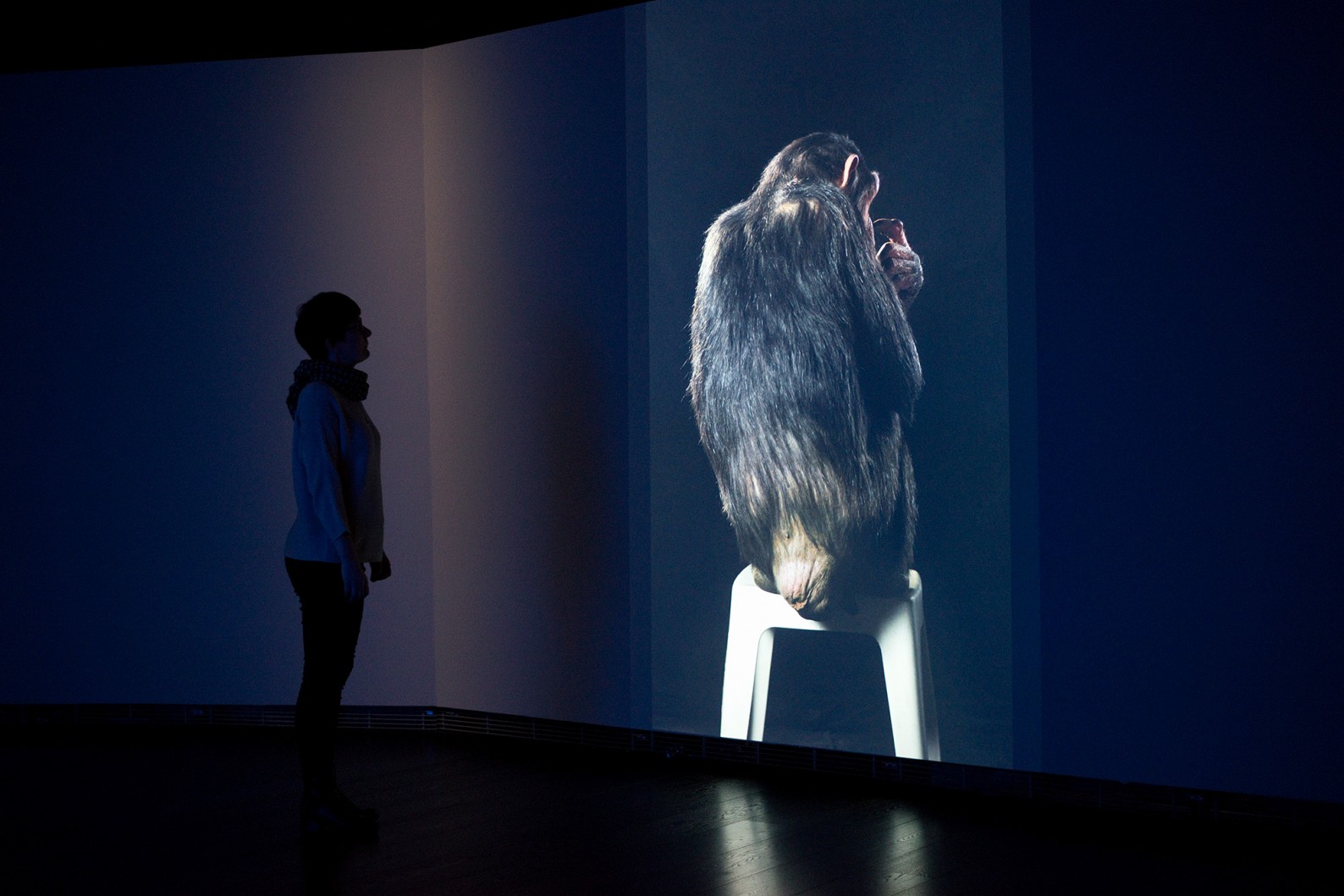 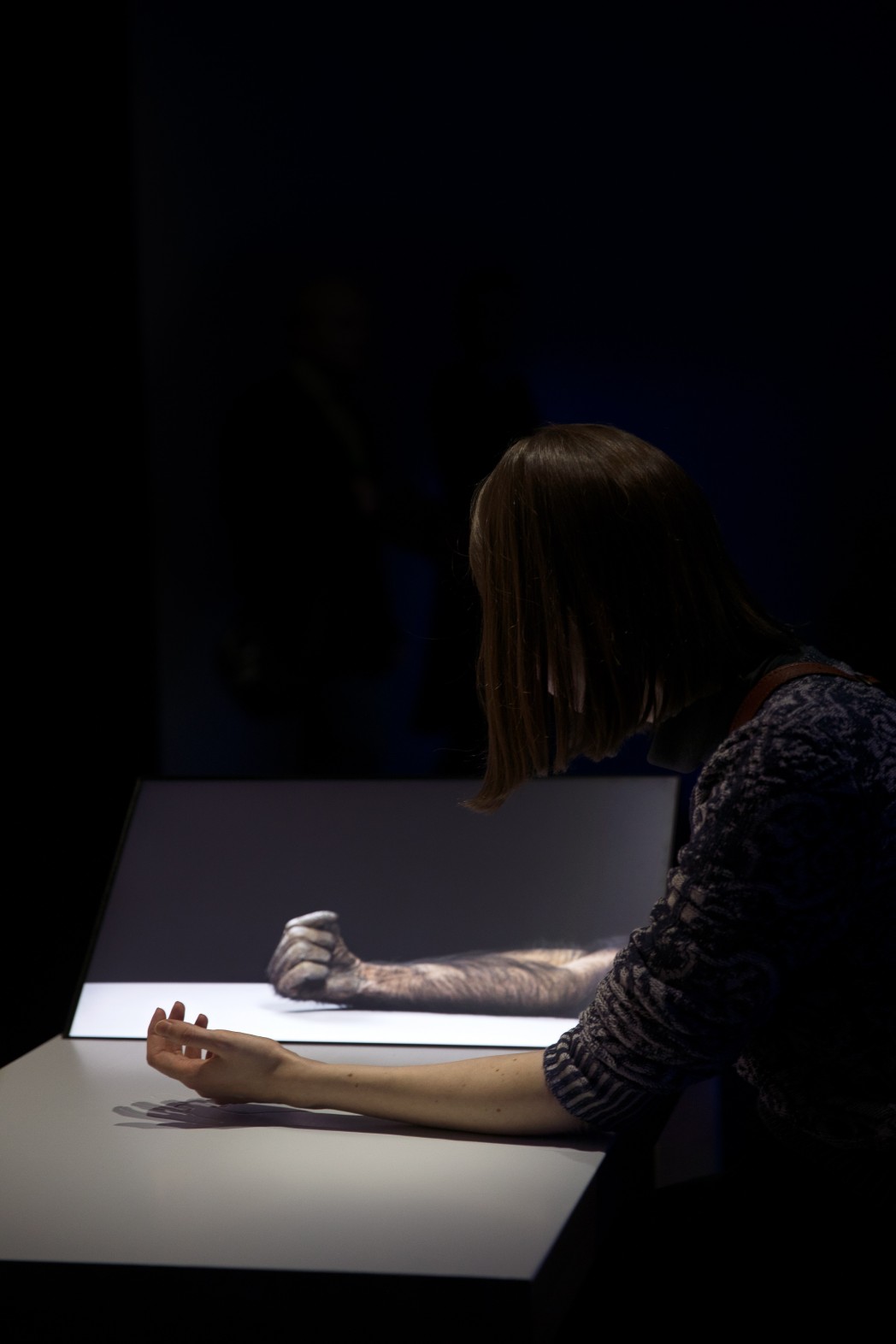 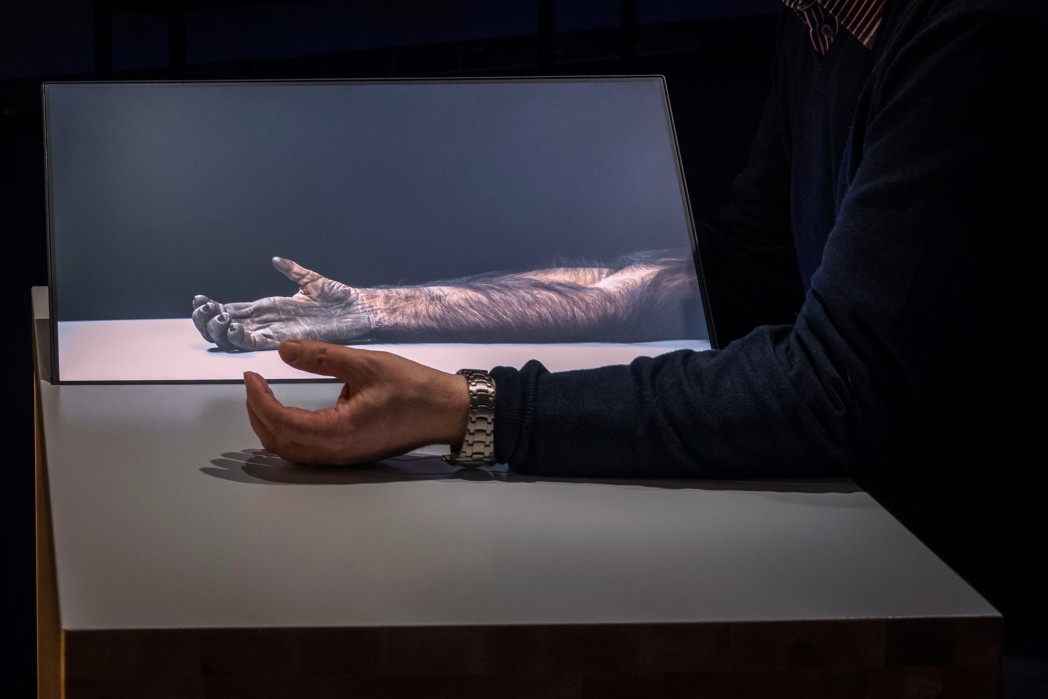 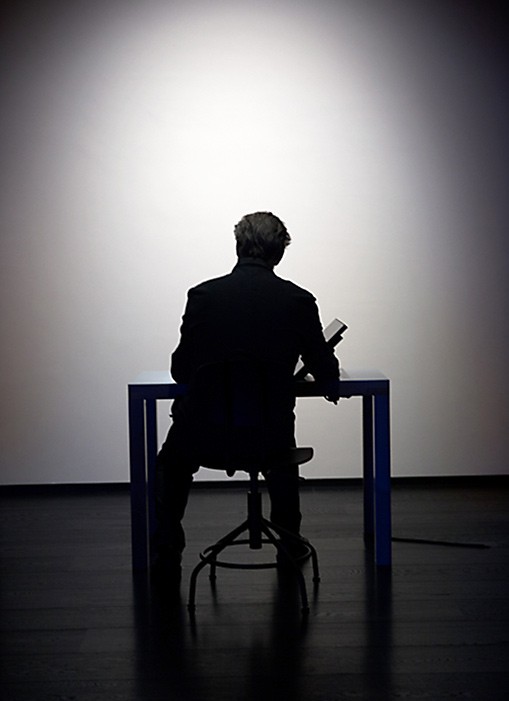 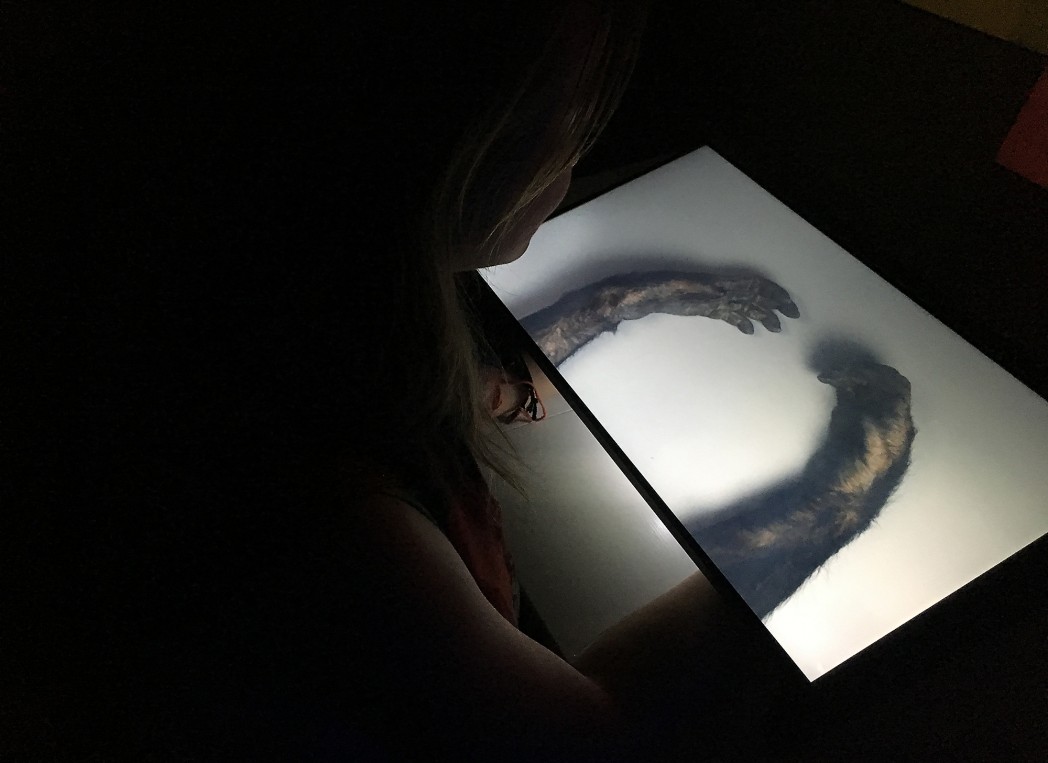 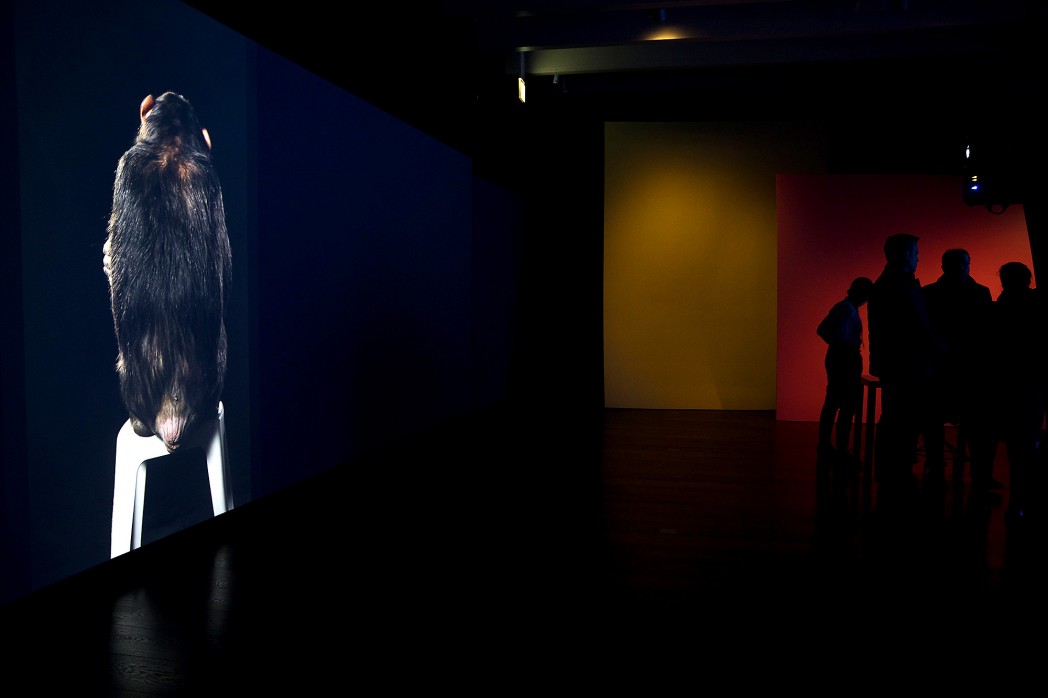 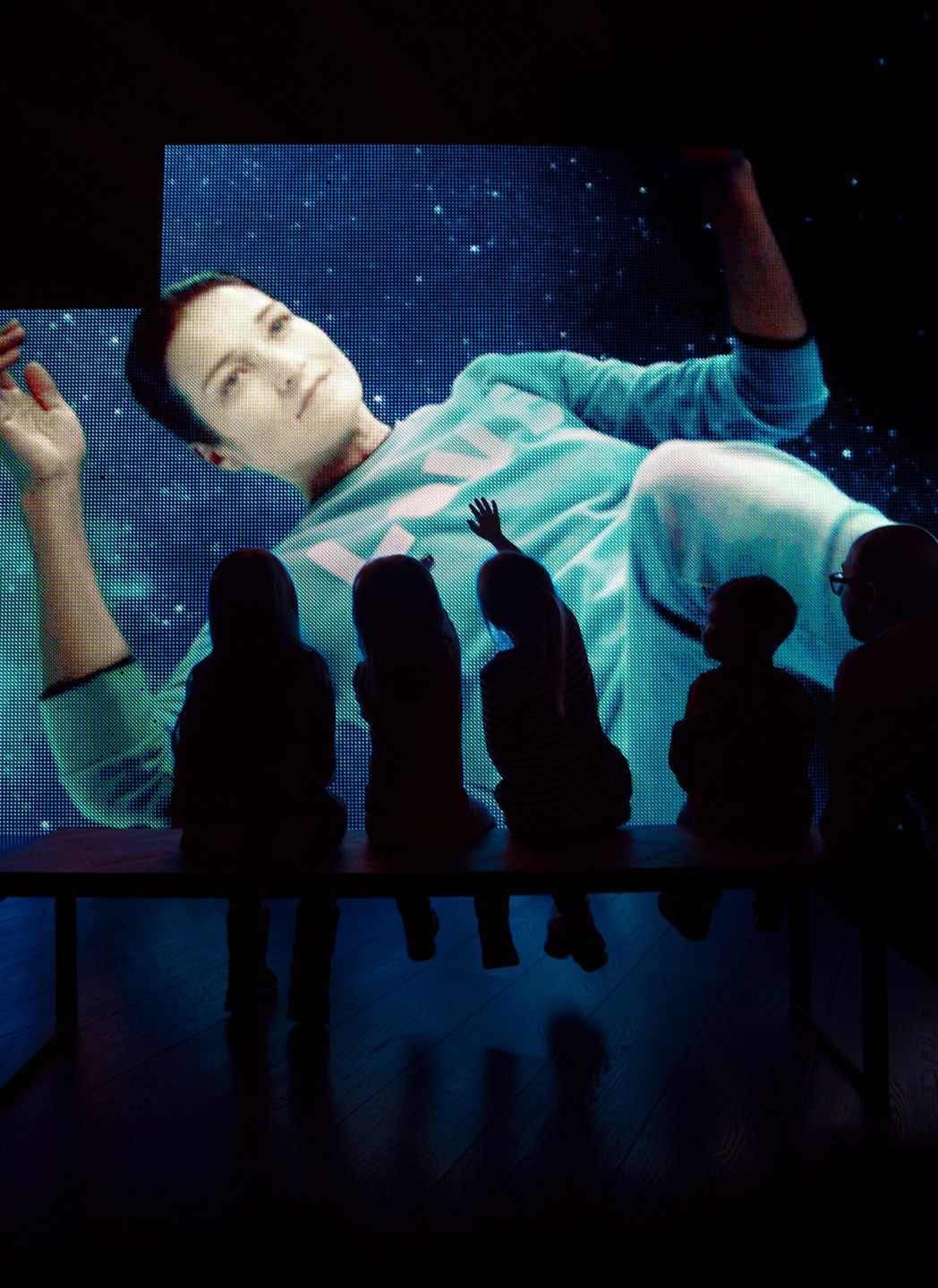 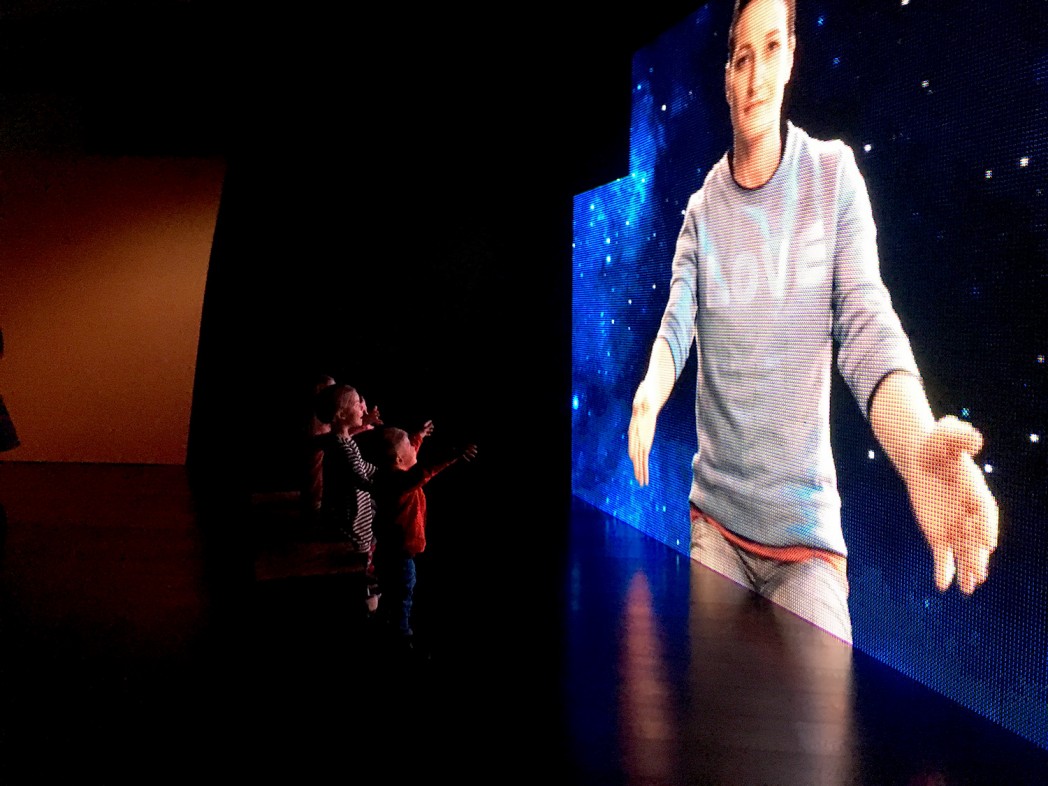 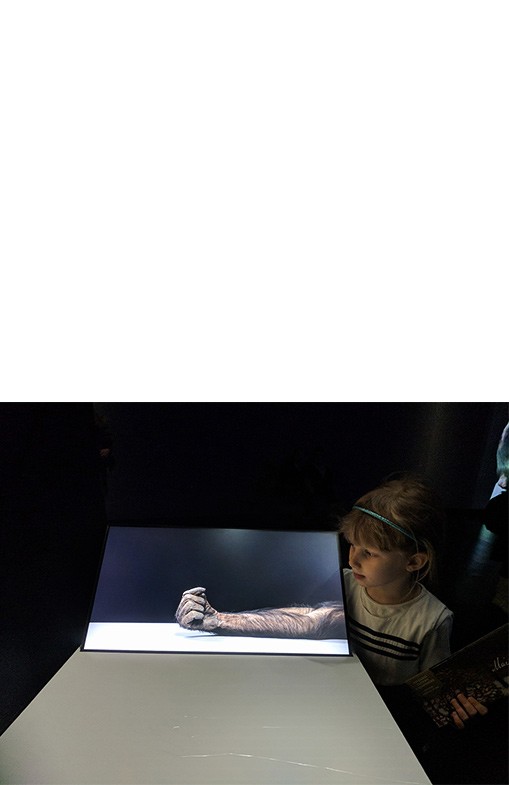 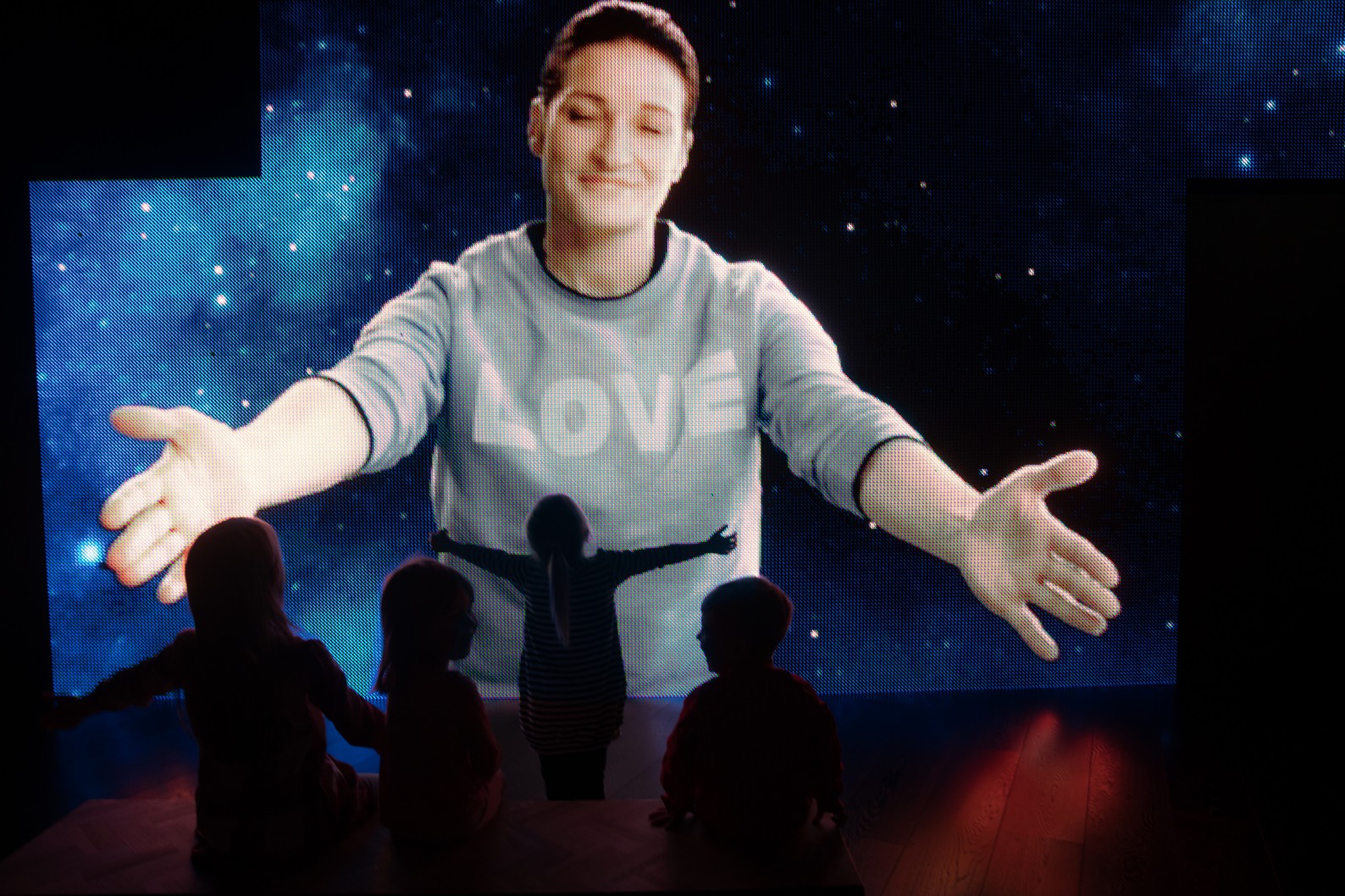 POTENTIALITY FOR LOVE is a hybrid piece that combines sculpture with moving image. - It deals with the potential for empathy and love towards other living beings. It turns attention to those human emotions that could serve as a foundation for dismantling the hierarchical structures between living things, thereby engendering a turn towards non-humans and the recognition of others. The work reflects the origins of these emotions, how we define them and how we conceive of their function as part of a larger continuum of living beings.

POTENTIALITY FOR LOVE consists of three parts each approaching the theme from a different angle and medium.

MEMORY OF MOTHER LED SCULPTURE
#1 – Angular video sculpture of
twenty-two DIP LED modules
The first element of the installation is a hybrid work that combines sculpture with moving image technology to focus attention on the point where love is born. Using outdated LED modules, it recreates an image of a distant memory, of mother and the primal unity. It also touches upon the memory of loss and distance, the moment when the possibility for love that rests as potentiality, first emerges.

RESEARCH TABLES ONE AND TWO
#2 – Two research tables with attached ‘monitor mirrors’
The second element asks whether our love and empathy is reserved only for our own kind, or whether we are capable of holding them towards other living beings as well. This question is approached by addressing the historical divide between humans and non-humans. This is achieved by creating a situation that questions what it is to be a human being and how the other, the stranger, is constructed in our culture. The medium for this is a modified situation featuring a setup similar to that used to treat phantom limb aches. In these ‘interactive’ research tables, however, the mirror is replaced by a thin monitor showing the arm(s) of another primate.

ON THE THRESHOLD
(THE CHIMPANZEES SPACE)
#3 – Vertical single channel projection
The third element approaches the theme by a vertical projection of a primate on the threshold. The chimpanzee is looking towards another space in front of her which the viewer sees only partially. Time to time the chimp is turning towards the camera / the viewer.

FROM THE ARTIST’S NOTES
“The idea is to simulate a phantom-limb ache treatment room. Whereas a mirror box is usually used for treating phantom limb ache – the idea being that it can effect the part of brain which carries the memory of the lost limb (or the area where the memory of the pain exists) and send new info to change that path of information formed by an earlier event – idea is to replace the mirror with a small, thin monitor which would show a primate’s hand and arm filmed from the same angle as if it were the viewer’s own hand. By using the image of a primate’s hand and arm, the intention is to raise a question of who we are and how we have learned to be what we are. In addition, it also tackles who we are as humans, and how we have historically defined ourselves through others. The piece will question how the other already exists in us and how the process of identification involves others.”