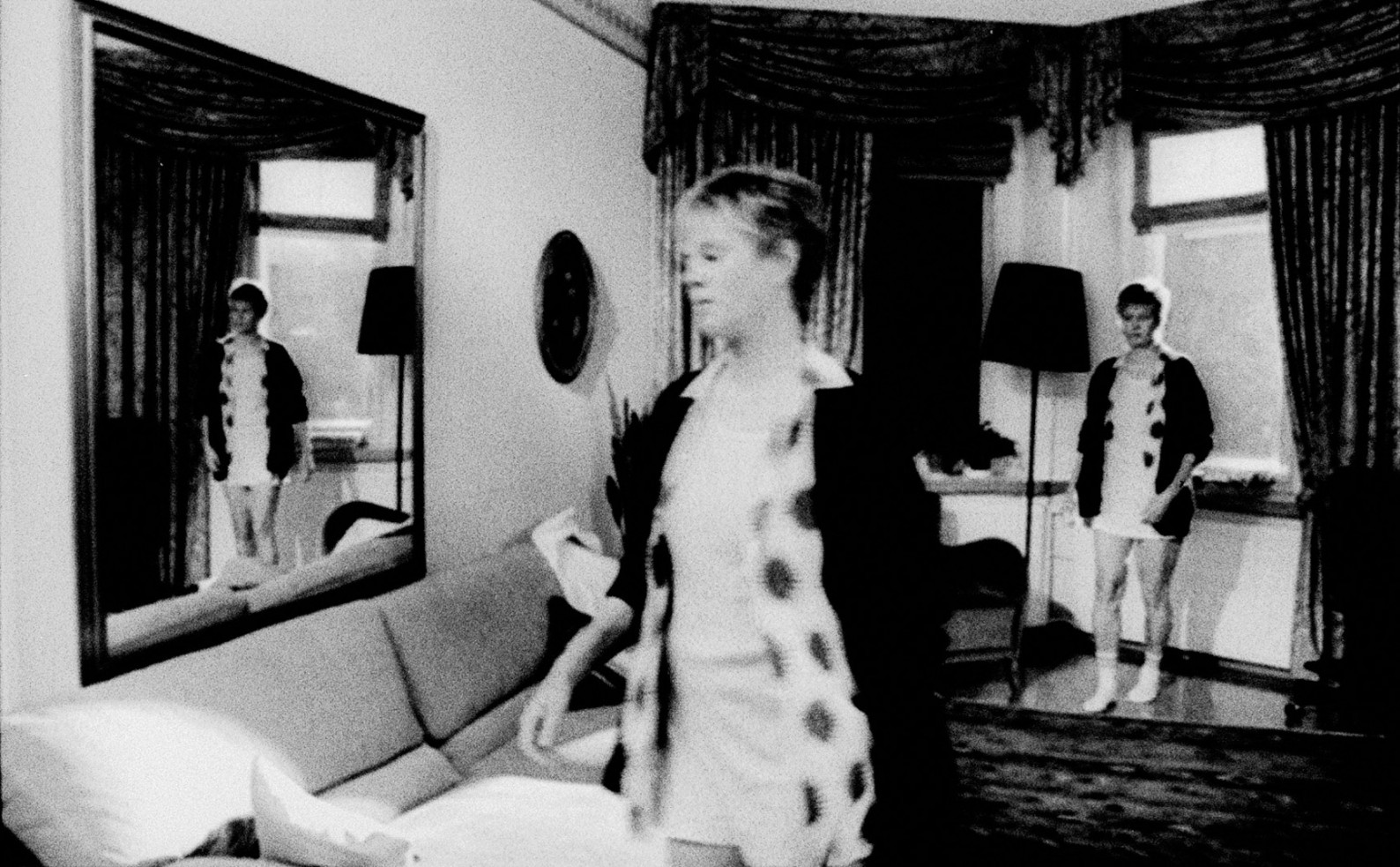 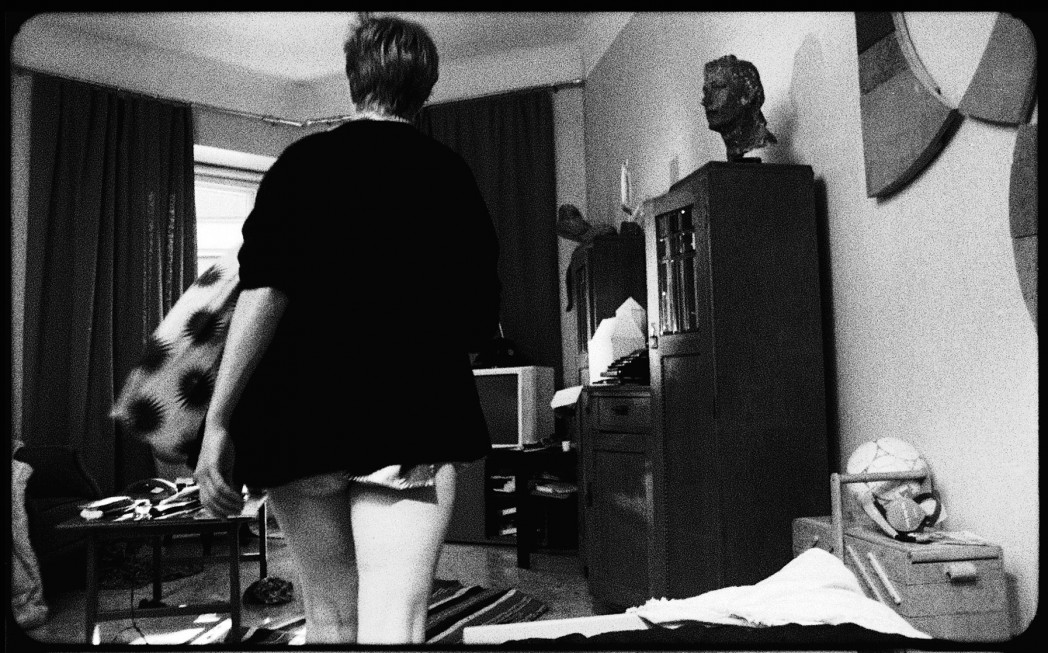 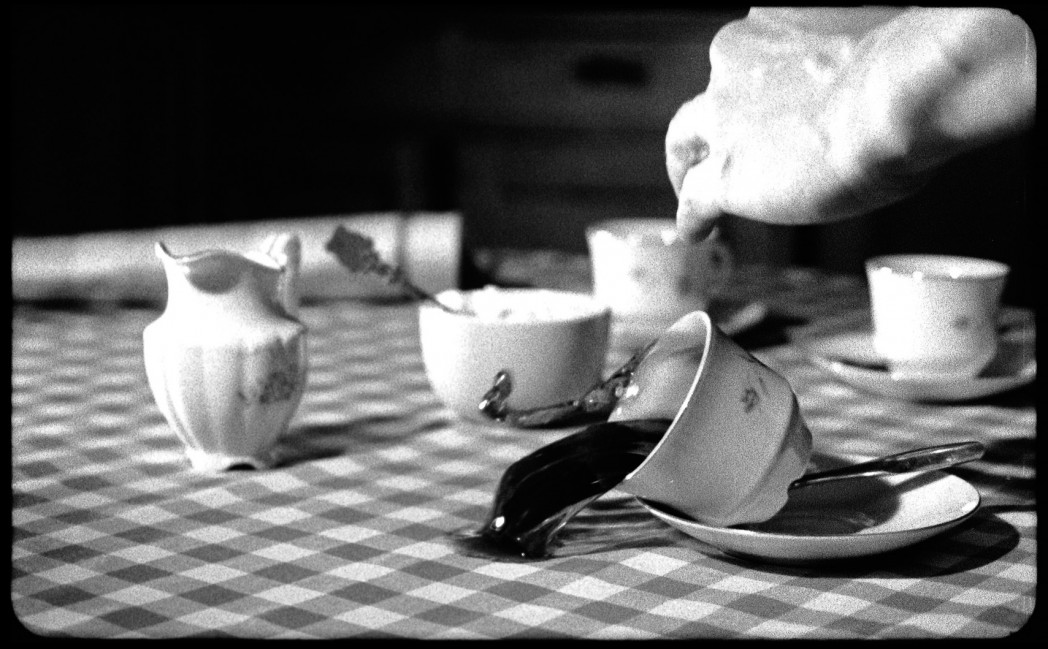 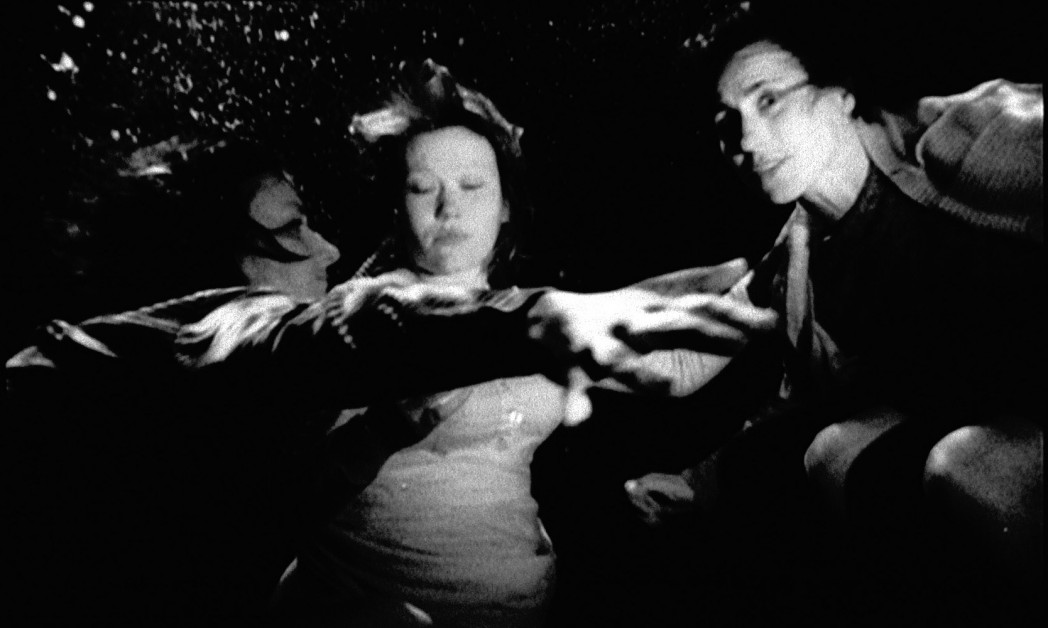 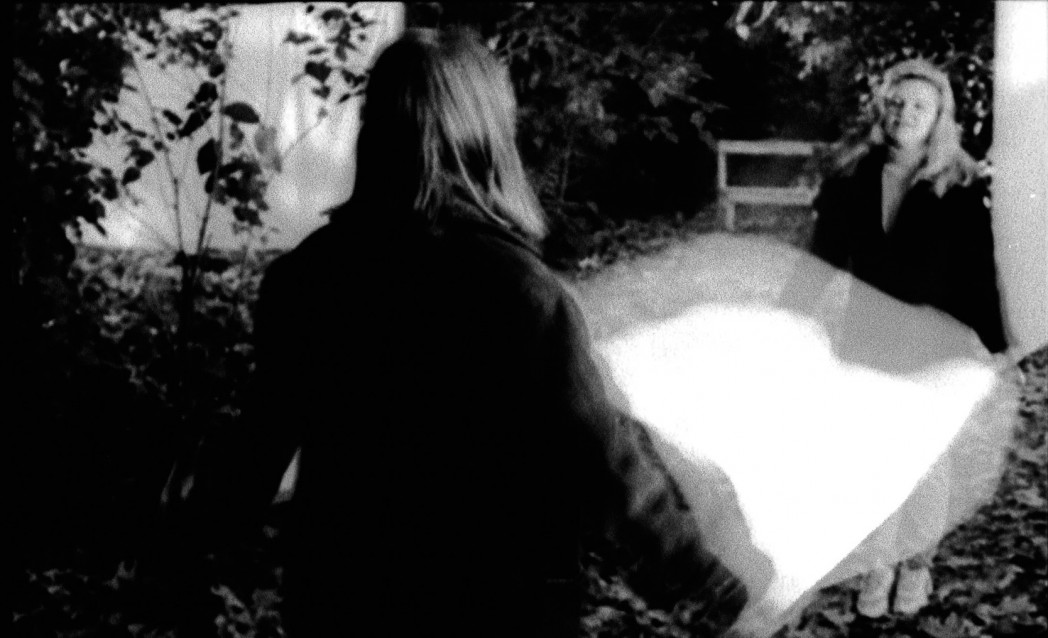 ME/WE is about balancing individual identity and about control. In an absurd episode a nuclear family of four is in the backyard hanging out white sheets to dry. The story is told via a monologue by the father. He mirrors himself and his life in the members of his family, seeing himself at moments when he recognises differences and similarities. Darkness falls – the sheets glow in the night like blank white screens.

The father directs his words to viewers. His voice also speaks the other characters’ lines, with the others opening and closing their mouths in the appropriate rhythms. Who in the end is speaking, what is an individual and where are the boundaries of the self?

OKAY uses a single on-screen persona and various voices to consider the shifts, desires, and inhibitions of the self in a sexual relationship. Only one actor appears on screen, but her voice changes as the story progresses. The different voices are both male and female. The story is told in the first person. The new voice carries on the story and implants a new persona into the picture. The ‘individuality’ of the main character on screen dissolves and the physical self-evidentness of gender is cast into doubt through the collision of visual and aural information.

The subject of GRAY is the change in reality caused by a catastrophe, and the blurring of the boundary between self and other. It deals with a situation in which the other cannot be excluded, because it is in the very air that is breathed. Three women talk about a nuclear disaster that has occurred beyond the national borders. Their speech is allusive, including both facts about nuclear accidents and private thoughts. The women descend in a freight elevator to a dark, underwater place. The change, whether caused by fallout from a nuclear accident or the invasion of a foreign language and customs is permanent. It becomes impossible to return to their former home.