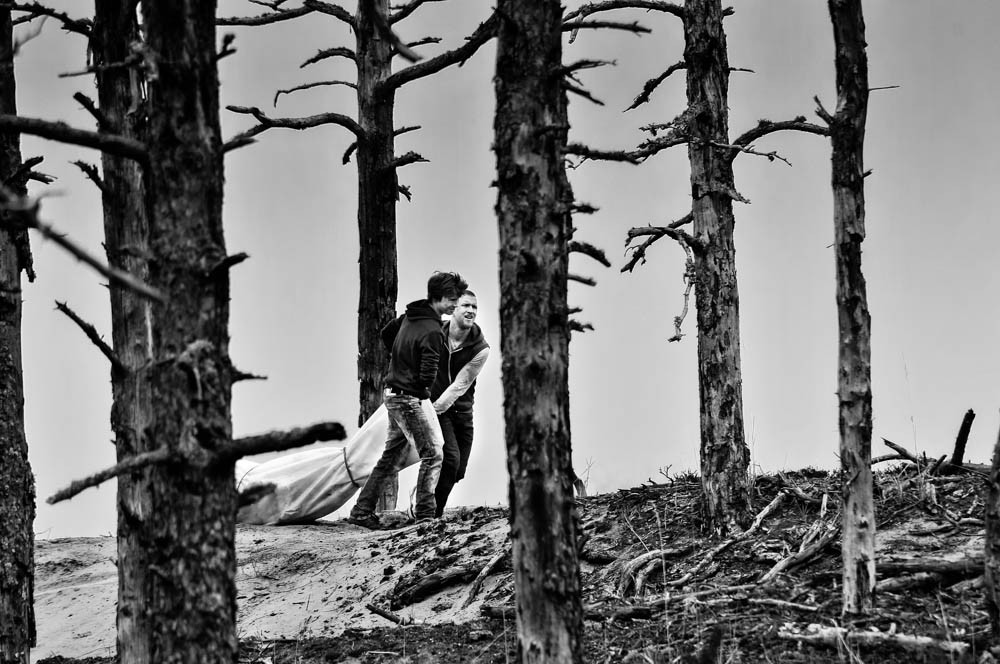 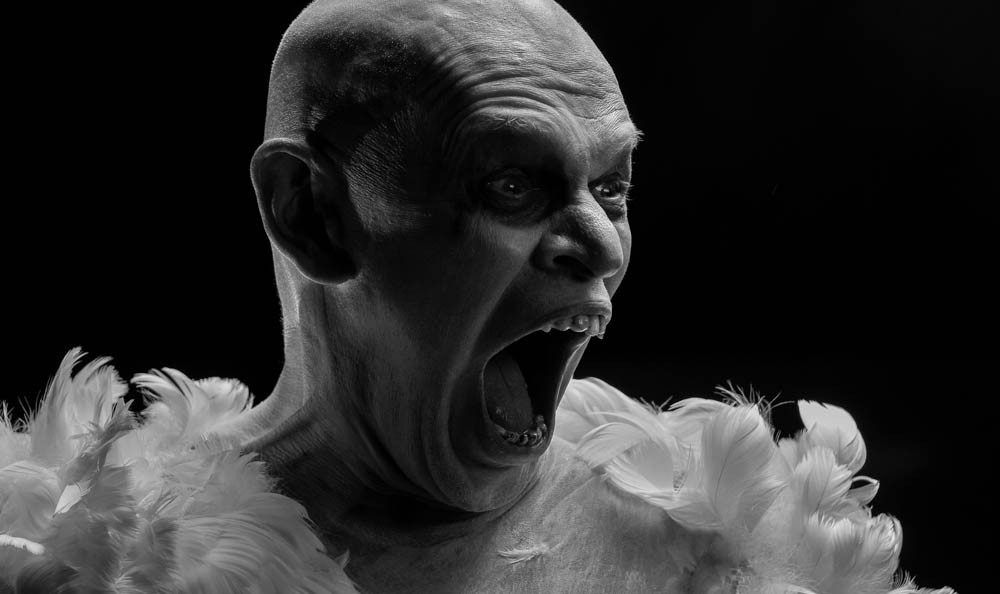 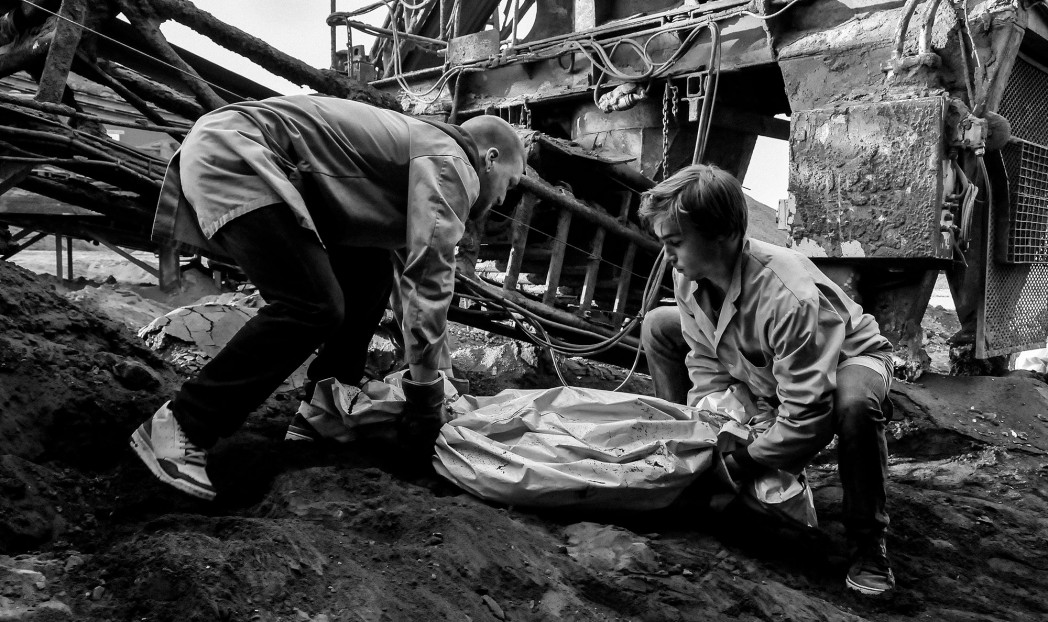 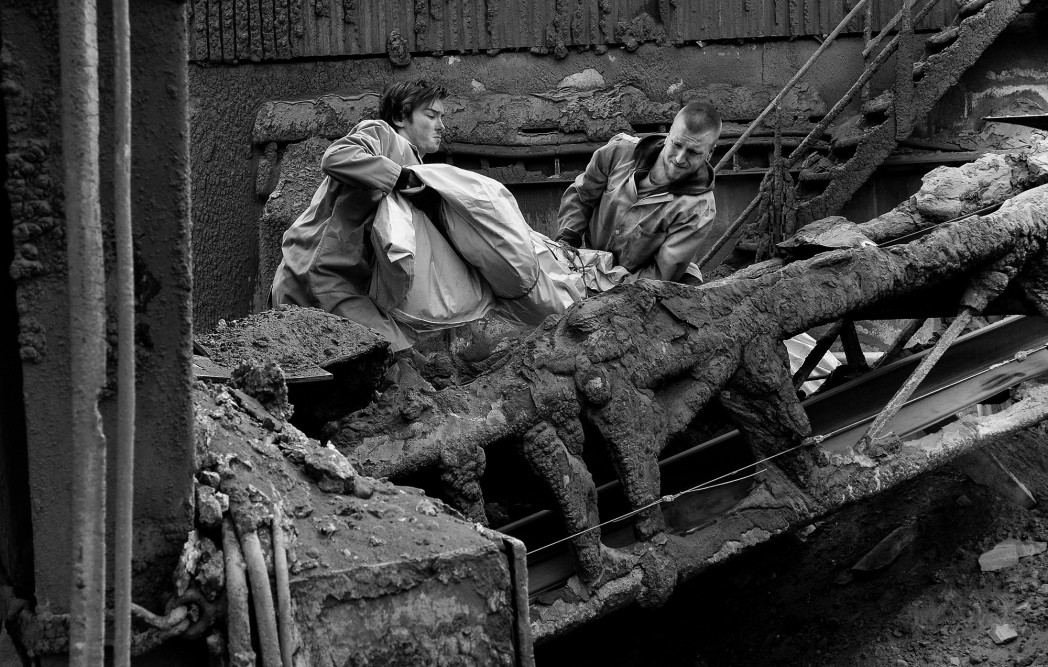 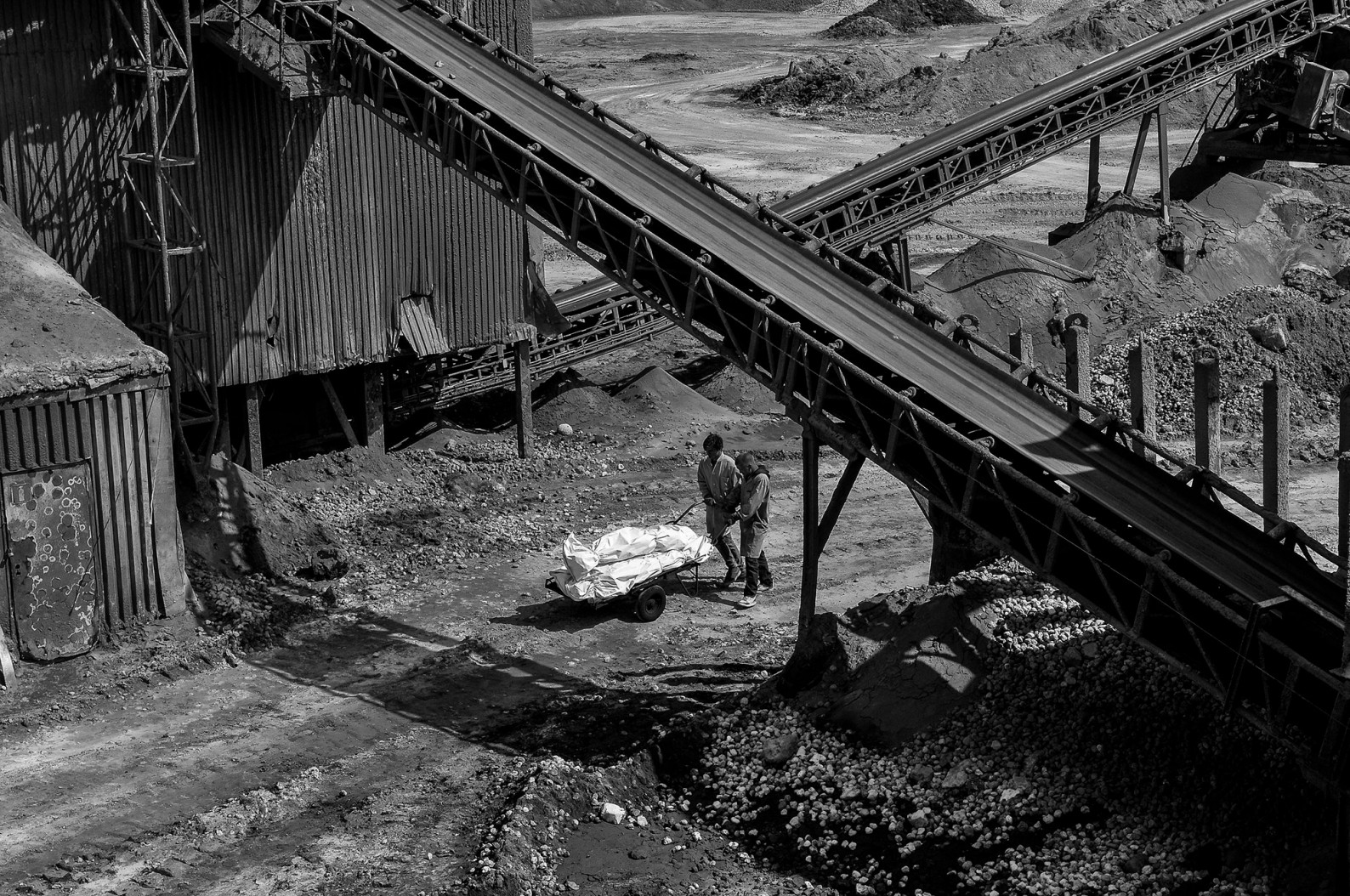 An encounter with the unknown in extreme circumstances.

AFTER EVERYTHING is a story of two boys in a world where brutality and inhumanity are commonplace and part of everyday routine. The atmosphere of doom is emphasized by the combination of black-and-white footage, harsh settings and industrial noise music. The powerful story leads to a situation in which brutality is victorious, yet beyond total destruction there is also room for a new beginning.

In a post-apocalyptic world, the protagonists Juri and Kolya have been assigned to destroy all signs of humanity by a deadline. They carry out their task quickly and systematically, yet at the same time, something huge is inching inexorably closer.

Juri and Kolya work as evidence destroyers in an abandoned industrial plant, piling body bags into a waste disposal machine, when suddenly they come across an angel. The angel is so brilliantly luminous that the boys are frightened, and perceive its difference as a threat. In this situation, they act aggressively and irrationally: they overpower the angel, cut off its wings and wrap its body in plastic. Yet the angel recovers consciousness, whereupon the boys cut off its head and drag its body to be destroyed. In so doing, they also destroy evidence of something that might have been good.

Although Juri and Kolya understand that what they did was wrong, they must continue with their monotonous work. When the last traces of humanity have been obliterated, the boys remain in place, waiting for something that approaches them from the horizon. Judging by the sound, it could be a mass of new arrivals or something else equally overwhelming.

AFTER EVERYTHING is a film that moves forward in a straight line, borrowing the aesthetics of Soviet art cinema. The frank and rough narrative gives the images room and time to speak to the viewer. With their stark contrasts, the pictures hypnotise the viewer into a state of mind in which the flow of carefully selected images makes one see beyond the images and create something new.

Although AFTER EVERYTHING takes place in an imaginary time after a catastrophe, the events parallel extreme brutalities in our recent past, such as concentration camps, secret mass graves and genocides.

AFTER EVERYTHING is a melancholy song of destruction, yet there is hope even in its finality. It is a tragedy that dives so deep into darkness that one almost runs out of breath, but ultimately light is victorious, blinding and purifying.